I spent some of this morning in a meeting, getting approval for a digital project that will digitise some of our collections in time for the 150th anniversary of the U.S. Civil War (followed by an interesting discovery related to this in the music collections.  More anon).

It's also Stonewall Jackson's birthday.  We'll also, of course, be following the Union side of things; but the British did start off supporting the South.  Here's a brief recording, made in Charlottesville, in front of a commemorative statue - a stunning example of early c20th memorial work by Charles Keck, even if you don't have much truck with the general himself.  [n.b., for 'brass', read 'bronze'; it's also the second in a series of recordings.]

Spotted while at the AHA 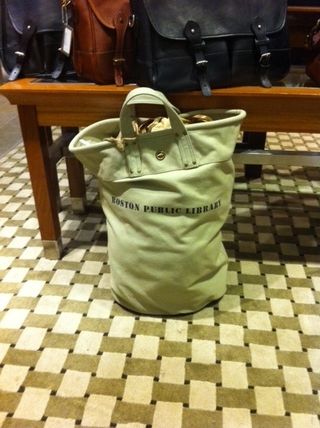 Phil wrote some months back about stereoscopic photography, and I was struck by a current reprint of some U.S. Civil War '3D' photographs that I came across during the AHA, so I thought I would start to have a look at some of the photographically illustrated Americana in the collections.  First up is Porter's Impressions of America (1899), an account of a British scientist's journey from New York to Colorado Springs via Niagara, Yellowstone Park, San Francisco, Yosemite and Utah. There's a copy online, thanks to the University of California Library (and a .pdf available via the British Library's online catalogue).

You will, however, need a pair of stereoscopic glasses to get a full effect.  There are a pair in the back of the British Library copy at shelfmark K.T.C.103.b.3 (which is also signed by Porter); these are sadly lacking in the copy at at 10412.d.11. 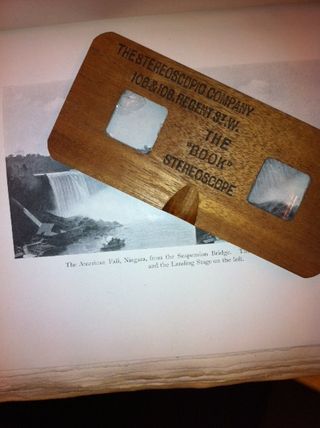 Readers will find an account of the stereoscopic effect, a considerable amount of detail on the flora, fauna and geography Porter encountered along his way: in Manitou Grand Cavern, CO, for example, his guide plays the stalactites with a 'sort of drumstick', playing 'soft, bell-like notes, sometimes almost nasal... Thus we heard "Rousseau's Dream," and other airs, ending with "God Save the Queen"' - or, perhaps, 'God Save America'.  The effect knocks the show caves in Cheddar into touch.  Porter concludes with some speculations on the periodicity of the Gulf Stream, the American and Canadian Falls, Mirages, Photographic Methods and Geysers.  The final page includes a table of temperatures 'made with due care, on the summit of Pike's Peak, during the morning of September 7, 1897, by the author on five men' in the sleeping room at 8:15.  The author hoped that the observations 'may interest physiologists'.

Cliopatria Blog Awards: and the winner goes to... [updated]

Back from Boston, and the behemoth that is the American Historical Association meeting - a chance to take the pulse of the historical profession, visit a dozen or more publishers in the exhibition hall, as well as to catch up with former Eccles Fellows and present a paper on Growing Knowledge: the evolution of research.  Expect a few posts on this theme over the next few days.

The AHA was also the venue for the announcement of the 'Cliopatria Awards' (link to 2010 awards), as judged by the History New Network.  I'm familiar with Georgian London, Best Individual Blog and Best New Blog in 2009 ('It's a really nice blog that balances popular history and some decent research. The posts are uniformly good, and the blogger, Lucy Inglis, uses images that enhance and frame the posts', said the judges), as well as the NY Time's brilliant Disunion.  I look forward to investigating the other winners (the best blog post title, by the way, must go to 'What Would Natalie Zemon Davies Do?').