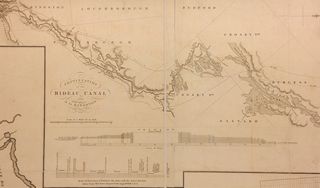 Route of the Rideau Canal, insert from the map, Map of the District of Montreal, Lower Canada [Shelfmark: Maps 70715.(2.)]

Today is World Malaria Day so it seemed appropriate to do a short post related to one of the world's most prevalent diseases. Regarding the collections, there are a number of items which could drive interesting narratives here but this piece focuses on malaria in Canada. This might seem odd but malaria is not solely a tropical disease, coming in two main strains one of which is tolerant of temperate climates. Indeed the P. vivax strain of malaria was long endemic in parts of England, as this blog post from the Wellcome Library points out.

Scientific evidence illustrates that malaria in all its forms was introduced to the Americas subsequent to Columbian contact. Malaria was established in many parts of North America before the nineteenth century and Canada was no exception, but the construction sites of the Rideau Canal provided a particularly strong foothold. The construction of the canal led to the creation of semi-drained, marshy areas into which dense populations of workers were added, an ideal environment for mosquitoes and malaria transmission. 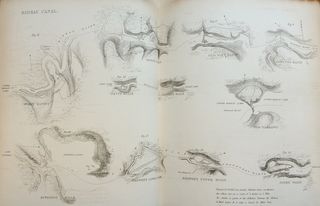 Rideau Canal significant works, plate from, Papers on Subjects Connected with the Duties of the Corps of Royal Engineers [Shelfmark: P.P.4050.i]

As a result parts of the canal's construction were dogged by significant malarial sickness, as described by the engineer John MacTaggart in 1829, “In the summer of 1828 the sickness in Upper Canada raged like a plague; all along the banks of the lakes, nothing but languid fevers; and at the Rideau Canal few could work with fever and ague; at Jones Falls and Kingston Mills, no one was able to carry a draught of water to a friend; doctors and all were laid down together.” [from Three Years in Canada, Vol. II, p. 21, Shelfmark: 792.f.8]. While today malaria is almost unheard of in this part of North America, these nineteenth century outbreaks resulted in many deaths in the project's labour camps.

Away from Canada, malaria is still a source of misery for millions around the world. The Library contains a significant amount of published material relating to malaria, largely as a result of the significant twentieth century developments in understanding how the disease was transmitted and could be treated. There is also a large amount of material online, especially because the drive to reduce the incidence of malaria is one of the Millennium Development Goals.

Posted by Philip Hatfield at 3:40 PM