The World of Jorge Amado

2012 marks the 100th anniversary of the birth of the Brazilian writer Jorge Amado (b. August 10, 1912). Since the publication of his first novel at the age of 18, Amado’s work has provoked debate around issues of politics, gender, race, and the role of the writer in society. His books have both been banned as well as lauded – Albert Camus was a particular fan. Here at the British Library we hold practically every first edition of Jorge Amado’s works – including some rather unusual pieces. One of my personal favourites is the Guia das Ruas e dos Mistérios da Cidade do Salvador (shelfmark X.805/7461), which is perhaps one of the most interesting guide books ever written. Amado takes his readers on a journey through the rich history and daily life of Salvador da Bahia, complete with beautiful engravings of the city. 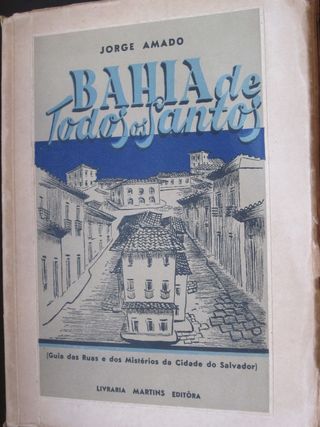 Other rare works that we hold include a collection of drawings by the Bahian artist Carybé with an introduction by Amado and a copy of A Morte e a Morte de Quincas (shelfmark 74/C.160.c.9) with original illustrations by the Brazilian artist Emiliano Di Calvacanti. Similar thematic and political trajectories in the work of Amado and Di Calvacanti made for interesting collaborations between the two throughout their lives. 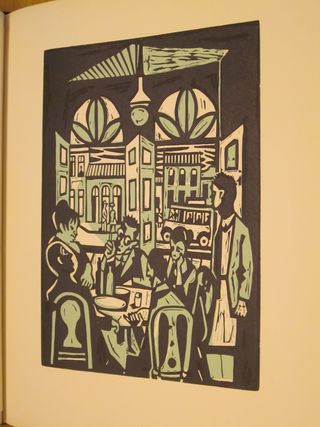 On June 8th the British Library will host an international conference focusing on the work and legacy of Amado’s oeuvre. Confirmed speakers include: Roberto DaMatta (author of Carnivals, Rogues and Heroes: An Interpretation of the Brazilian Dilemma),Kenneth Maxwell (author of Naked Tropics: essays on empire and other rogues), Ana Maria Machado (President of the Brazilian Academy of Letters), Alberto da Costa e Silva, Joao Ubaldo Ribeiro, and Peter Wade (author of Race and Ethnicity in Latin America).

Both the conference and the evening keynote are free and open to the public but booking is essential. For a copy of the programme and to book your places go to the BL Events website: http://www.bl.uk/whatson/events/jun12/index.html

Posted by Elizabeth Cooper at 12:42 PM