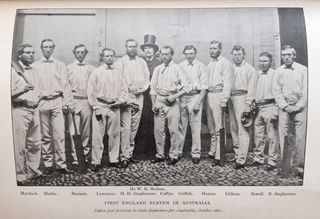 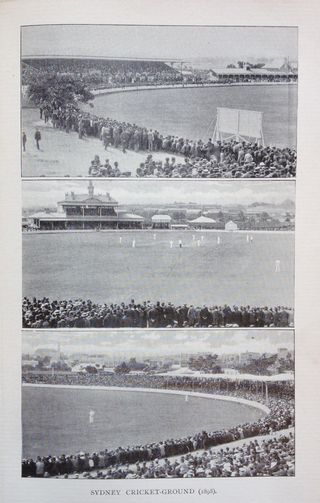 Here is a photo of the Australian cricket team of 1878:

They took their cricket seriously in the 19th century. While researching the history of education at the State Archives of New South Wales, I came across a minute of a meeting of the New South Wales Council of Education about cricket. This august body decided to give their office employees time off to attend the England v New South Wales cricket match in 1876. Are there any employers who give their workers time off for cricket today?

Thanks for this, I think it must be a thing of the past but we'll find out the next time an Ashes series goes to the wire! That said, the crowd records available through archived tweets, RSS feeds and other e-resources will be fascinating to future researchers.

Australia and England are the countries which started cricket.Please share if you have other records about their first cricket matches.

Hi Kev, I'm afraid the earliest materials on formal matches we have are noted above. There are earlier mentions of informal matches in other works we hold (such as Charles Darwin writing about cricket being played in New Zealand) but that's all I can offer. Other materials and miscellanea of use to you might be held at the MCC library.