Exploring the Yucatán and Mayan Culture 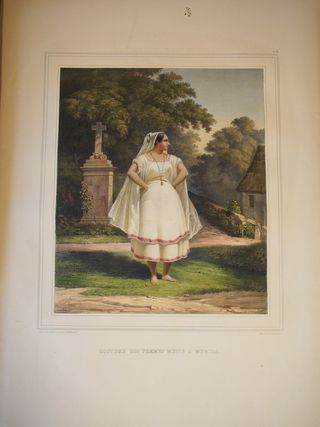 Matt’s blog post on the aftermath of the Treaty of Guadalupe-Hidalgo and a recent piece on 'Yucatan cool' in the New York Times, along with all the recent buzz about the Mayan calendar, has left me lost in thoughts about the shifts in political power and Mayan culture in the mid-nineteenth century and today.

As Matt’s blog showed, the early to mid-nineteenth century was a crucial period in the history of Mexico and the United States. Mexico had only recently gained its independence from Spain in 1821 when tensions and violence surrounding the annexation of Texas heated up in the north – leading to the eventual U.S. invasion of Mexico in 1846. At the same time, Mexico, in general, and Mayan society in particular, attracted the attention of anthropologists and naturalists from the U.S. and Europe. The most important Mayan sites that fixated their imaginations were Uxmal, Copan, Palenque and Chichen Itza.

This milieu of anthropologists, naturalists, and artists – such as John Lloyd Stephens, Frederick Catherwood, Jean Louis Berlandier, Jean Frederic Maximilien de Waldeck, and Claude-Joseph Désiré Charnay – are well represented in the British Library’s collections. Many of these men were financially supported by rich industrialists or on missions for their respective governments. And often the lines between their scholarship and politics were blurry at best.

In our historical manuscripts you will find a collection of philological and ethnographic papers by Jean Louis Berlandier relating to his work in Mexico from the late 1820s through the late 1850s, including an examination of the Mayan language and descriptions of his travels through the Yucatán (BL shelfmark: Add MS 41684). Alongside his ethnographic work, Berlandier served as a captain at the outbreak of the war between the United States and Mexico in the spring of 1846. Berlandier was also part of the ‘Comision de Limites’ or the Mexican boundary commission, a special Mexican government commission set up to study and report on the northern border with the U.S. prior to and after the war. We hold a copy of the commission’s report, authored in part by Berlandier and published in Mexico City in 1850 (BL shelfmark:10481.g.28). Though the report’s explicit focus was the physical and natural features of northern Mexico, it is filled with detailed observations regarding the local economies and cultures.

You will also find in our historical manuscripts the journal of Jean Frederic Maximilien de Waldeck (Add MS 38720). The journal is a piece of personal writing on his research and travels that makes an interesting companion to his 1838 publication: Voyage Pittoresque et Archeologique dans le Province d’Yucatán (BL shelfmark: 650.c.4.) a compendium of vocabularies of indigenous languages, images of local people and detailed drawings of Mayan archaeological sites. Many of Waldeck’s early lithographs were used in an 1827 publication by the Mexican National Museum on their collections (BL shelfmark: 557*.h.23)

Among our rare books collections are several works by John Lloyd Stephens and Frederick Catherwood, including the latter's Views of Ancient Monuments in Central America, Chiapas and the Yucatán (BL shelfmark Cup.652.m.68). Stephens was sent from the U.S. as the Special Ambassador to Central America in 1839. His writing on Mayan Central America and Mexico was central to the so called ‘rediscovery’ of Mayan society. Stephens was accompanied on most of his travels by the British architect and artist Frederick Catherwood. Catherwood’s drawings and lithographs of Mayan archaeological sites are still considered some of the best studies of Mayan society.  Stephens became an official in the Ocean Steam Navigation Company, which led him to meet Alexander von Humboldt. And as president of the Panama Railroad Company, he oversaw the construction of the railroad across the isthmus until his death in 1852. The French photographer Claude-Joseph Désiré Charnay, famous for his photographs of the Yucatán, was strongly influenced by the work of Stephens and Catherwood. He was commissioned to travel in Mexico by the French Ministry of Education between 1857-1861 – just before the invasion of Mexico by Napolean III. We have a significant collection of Désiré Charnay’s photographs of Mayan and Zapotec archaeological sites taken during this time. Needless to say, our collection of works on Mayan culture, and Mexico, doesn’t stop there.

The refashioning of American and European power in the middle of the 19th century coincided, and often went hand in hand, with a new fascination with Mayan culture. I'm not sure what this tells us about current day interest in the Mayans, but I have a feeling we have a few books that may shed some light on the subject.

Posted by Carole Holden at 1:30 PM