The Serendipity of Research: the case of Coren, Thoreau and the missing sentence

Andrea Wulf is one of our two Eccles Centre Writers in Residence for 2013.  She will be posting here throughout the year.

The year 2013 started perfectly because the wonderful Eccles Centre for American Studies very generously made me one of their Writers in Residence. Equipped with my new staff pass (and canteen pass), I took my residency in early January — in the Rare Books and Music Reading Room at the British Library.

I’m researching my next book ‘The Invention of Nature. Alexander von Humboldt’s New World’ — a non–fiction book which tells the story of the German scientist and explorer Alexander von Humboldt (1769–1859) and how his visionary ideas of nature changed the way we see the world. On first sight that might not look very North American (i.e., as in the Eccles Centre for American Studies), but it actually is… because I’m looking at his influence on people such Henry David Thoreau, John Muir and Thomas Jefferson, among many others.

And though I read/work/research in the Rare Books reading room about a bunch of guys from the nineteenth century, it doesn’t mean that I’m not finding stuff which could have been written yesterday. Take last week – I had complained to a friend that a newspaper had recently changed a couple of my sentences in my piece without telling me. My friend reminded me of that fabulously outrageous Giles Coren email to his editor at the Times, in which Coren exploded over a deleted ‘a’. The next day I was in the Library, reading Henry David Thoreau’s Correspondence when by sheer coincidence I came across an equally furious letter which Thoreau had written in 1858 to his editor at the Atlantic Monthly. 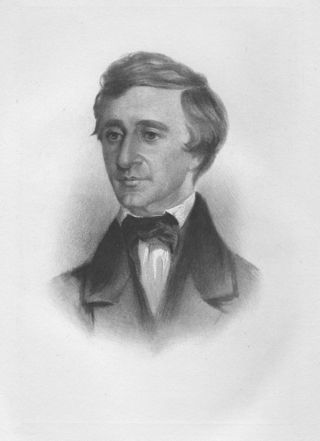 Having discovered that one of the sentences in his article had been deleted in a ‘very mean and cowardly manner’, Thoreau dashed off a letter that will still delight many writers and journalists today. ‘I do not ask anybody to adopt my opinions, but I do expect that when they ask for them to print, they will print them, or obtain my consent to their alteration or omission’, he wrote. First it seems as if he was still trying to control his anger somehow but by the last paragraph Thoreau explodes into this sentence: ‘I am not willing to be associated in any other way, unnecessarily, with parties who will confess themselves so bigoted & timid as this implies’. And it goes on.  He never wrote for the Atlantic Monthly again (at least as long as the editor James Russell Lowell was in charge). So, a hurrah to Thoreau and to the serendipity of research.