Democratic Brazil at the British Library 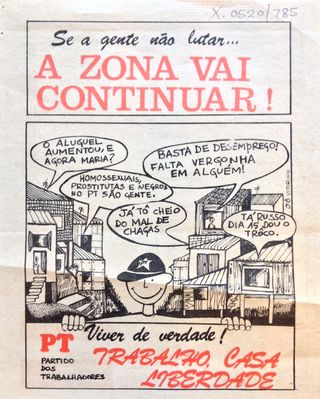 I recently had the privilege to attend a talk by the Brazilian Minister of External Relations at King’s College London. During his talk the Minister discussed among other things how the process of democratisation in Brazil has informed its domestic and foreign policy. In particular, how the transition from military dictatorship (Brazil’s current president Dilma Roussef was herself a victim of torture under the dictatorship) has shaped the country’s emphasis on multi-lateral and peaceful diplomacy, reduction of social inequality, and democratic reform of international organisations such as the UN security council.

The minister’s talk plus the upcoming conference ‘Democratic Brazil Ascendant’ and seminar on affirmative action in Brazilian universities inspired me to take another look at some of the Brazilian political pamphlets and ephemera that we hold from the 1980s onwards, when Brazil began its transition from military dictatorship to electoral democracy.

Taking a look at the collections we have here at the BL you immediately appreciate the popular groundswell that brought an end to the dictatorship in Brazil and the social goals that are still coming into fruition today.  The collection includes pamphlets promoting gay rights, affordable housing, agrarian reform, full employment, and an end to poverty and racial discrimination. The various collections of pamphlets and ephemera cover national and municipal elections as well as organising campaigns. They date from the early 1980s through the late 1990s. 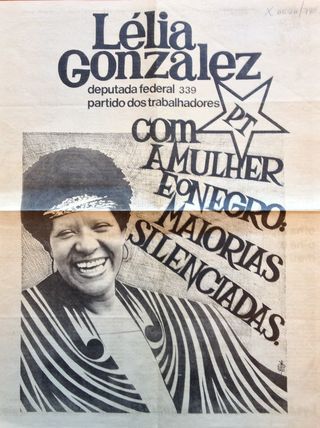 The collection also includes items from Lula’s 1982 campaign for governor of São Paulo, the work of the Central Única dos Trabalhadores (which Lula help to found) and the Direitas Já! campaign for direct popular presidential elections in Brazil. In addition to political ephemera we also hold fascinating publications by the Brazilian trade unions (Miscellaneous collection of publications on trade unions – BL shelfmark ZL.9.d.3). As well as a special microfilm collection of documents and ephemera on the origins and evolution of the PT that you will find at shelfmark SPR.Mic.A.287.

Posted by Philip Hatfield at 9:51 AM