The British Library has recently acquired a fantastic digital resource on Latin America: 'Latin American Newspapers 1805-1922'. This database includes over forty titles and tens of thousands of digitised issues of Latin American newspapers from across the region – Mexico, Central America, the Caribbean, Brazil and the Southern Cone. You can find the resource on the Library's e-databases page and registered readers no longer have to be in our reading rooms to get access! 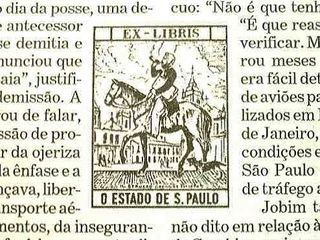 In his seminal work Imagined Communities Benedict Anderson argues that newspapers, and the spread of newspapers in Latin America in particular, were the cornerstone of the formation of the modern nation. And you will find in this collection contemporary accounts of the struggles for independence, nation building, and the abolition of slavery in Latin America. So whether here at St. Pancras or at home, login and enjoy a fascinating read!

Posted by Philip Hatfield at 3:27 PM