On Acadie: thoughts from the 18th Bryant Lecture 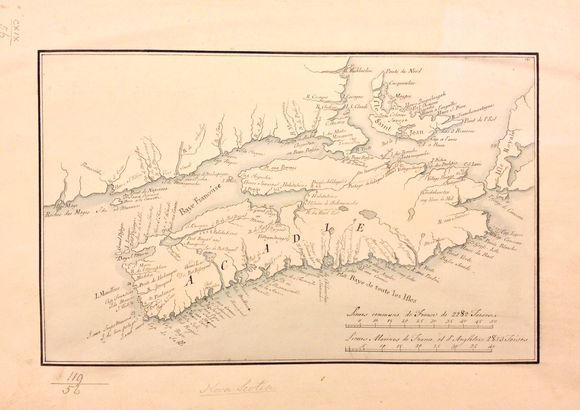 Last night's 18th Annual Douglas W. Bryant Lecture saw Lyse Doucet, BBC World News Chief International Correspondent, present, 'From Acadie to the Arab Spring: reflections on America's place in the world'. I won't fill the post with a synopsis of Lyse's talk other than to say it was excellent and wonderfully delivered - for the real detail you will have to wait for the Eccles Centre to post the podcast and pamphlet.

I will dwell on one of the main features though as Acadie and the expulsion of the Acadians by the British loomed large in the talk. In the spirit of honesty, this is not my strongest area of Canadian history but in recent years and as a result of talks like Lyse's my interest to know more has developed. One of the perks of being a British Library curator is the ability to go and find out more the very next day; as Lyse said during the lecture, the Library invariably has something on everything.

There are some cases where the volume of 'something' is greater than in others and a quick search for 'Acadie' in Explore brings up some fascinating results. First and foremost are the maps, with the King's Topographical Collection (K.Top) holding some beautiful items (although there are noticeably less than for other parts of the French Americas) and a number of printed books also containing striking maps and charts.

I suspect the presence of maps of Acadie in collections such as K.Top speaks to the colonial and imperial geopolitics its population found itself being pulled into and other items in the printed books collection bear this out. None perhaps more so than the 1756 published, 'A Fair Representation of His Majesty's Right to Nova-Scotia or Acadie' (Shelfmark: 1093.e.49) - a forceful title accompanied by the rather drawn-out subtitle, 'briefly stated from the memorials of the English Commissaries; with an answer to the objections contained in the French memorials and in a treatise entitled, Discussion Sommaire sur les anciennes limites de l'Acadie' (a microfiche copy of this treatise can be found at Mic.f.232, number 37790). 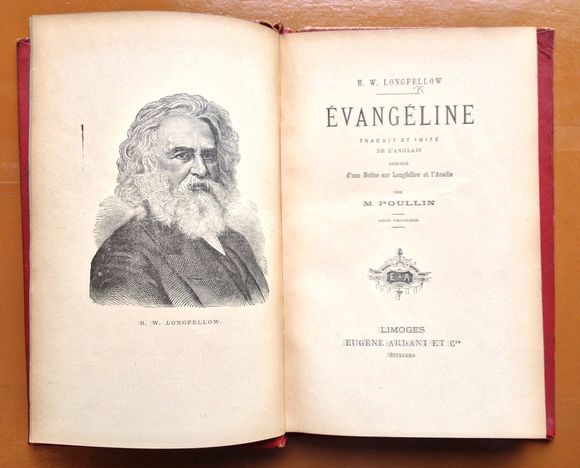 
This is just one example of the many eighteenth and nineteenth century Anglophone and Francophone titles in the collection that discuss Acadie. The Library also holds numerous examples of the famous tale of dispossession in Acadie, 'Evangeline'; including translations in a wide range of languages beyond English and French. Above you can see two examples, an illustrated French version from later in the nineteenth century and a second Boston edition that also contains a dedication to 'The Lady Ashburton'.

All of this is a whistle-stop tour of some interesting items from the collections that tie into last night's talk but I hope it illustrates the depth of history invoked in Lyse's lecture and shows that, should you find yourself at a loose end in the Reading Rooms, 'Acadie' is not a bad random search to try out.

Posted by Philip Hatfield at 4:43 PM