The early US Navy in the Gulf

Thanks to the British Library’s Qatar Foundation Partnership, a large collection of India Office Records are currently being digitised and researched.  One of the Qatar team, Francis Owtram, recently came across some documents that reveal British concerns about  America's expanding naval presence in the region at the time of the War of Independence.  Here he shares some of his notes.

Correspondence of the English East India Company in 1778 discusses the impending outbreak of hostilities between Great Britain and France in connection with the American Revolutionary War. 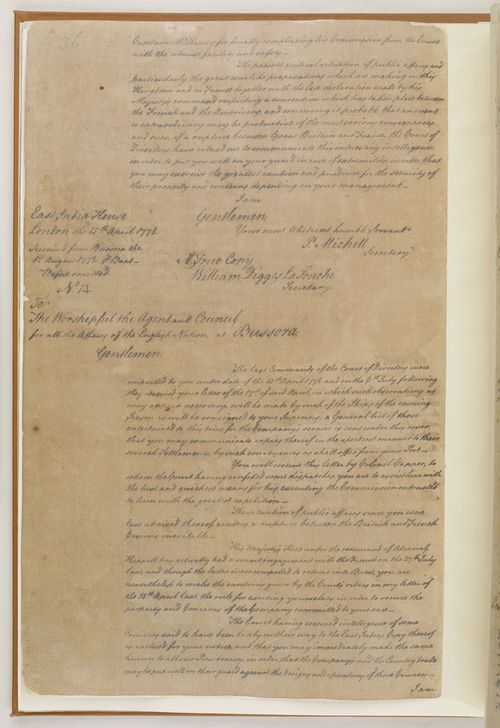 This work is licensed under a Creative Commons Attribution-NonCommercial 3.0 Unported License.

... The present critical situation of public affairs and particularly the great warlike preparations which are making in this Kingdom and in France together with the late declaration made by His Majesty’s Command respecting a convention which has taken place between the French and the Americans and concerning it probable that an event so extraordinary may be productive of the most serious consequences and even of a rupture between Great Britain and France, the Court of Directors have ordered me to communicate this interesting intelligence in order to put you well on your guard in case of extremities in order, that you may exercise the greatest caution and prudence for the security of their property and concerns depending on your management...

The French and Americans concluded a Treaty of Alliance in Paris on 6 February 1778; Britain then declared war on France.

In August 1778, the Lieutenant Governor of St Helena forwarded some intelligence on American shipping in the Atlantic Ocean: 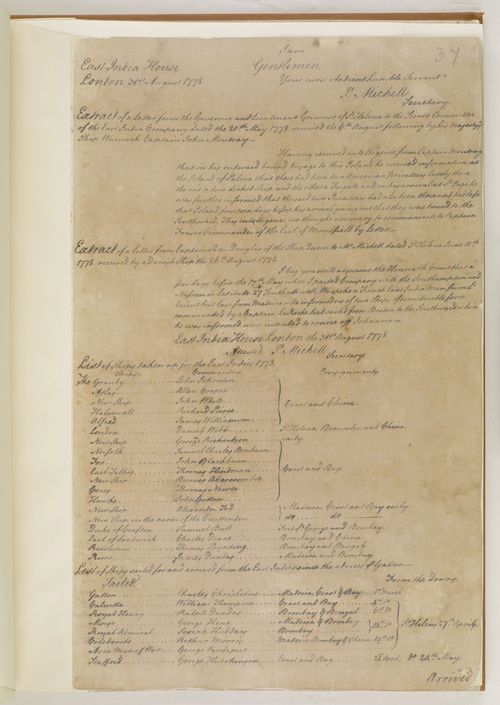 IOR/R/15/1/4, 24 August, 1778, Letter from P. Michell, Secretary East India House to the Worshipful the Agent and Council, for all the affairs of the English Nation at Bussora [Basra]

This work is licensed under a Creative Commons Attribution-NonCommercial 3.0 Unported License.

... Having received intelligence from Captain Moutray that in his outward bound Voyage to this Island he received information at the Island of Palma that there had been two American privateers lately there, the one a two decked Ship and the other a Frigate and on his arrival at St Jago he was further  informed that the said two Privateers had also been there and had left that Island fourteen days before his arrival giving out that they were bound to the Southwards. This intelligence we thought necessary to communicate to Captain Traver,  Commander of the Earl of Mansfield by Letter...

It can be recalled that in April 1778 the nascent US Navy was involved in action closer to Britain. John Paul Jones and the 'Ranger' attacked Whitehaven in a ship given to the Americans by the French.  The India Office Records also reveal US movements in the Gulf: by 1790 the Boston brig “Rambler” had docked in Muscat, and in 1802 the English East India Company’s Resident in  Bushire, Persia, even used an American ship ‘The Two Sons’ to transport packets to Bussora.