From Ben Franklin to Brian Cox 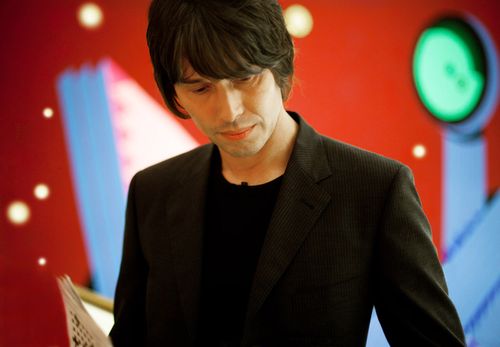 A portrait of Professor Brian Cox, photographed by Ander McIntyre, just before his talk 'Promoting the Wonders of Science' at the Benjamin Franklin Symposium in 2010.  The lecture, which was supported by the Benjamin Franklin House, the Eccles Centre for American Studies and the Royal Society, took place at the British Library in October 2010.

Brian Cox is high energy particle physicist, a Professor at the University of Manchester, and works on the ATLAS experiment at CERN.

Ander McIntyre is a photographer and a Fellow at the Eccles Centre for American Studies at the British Library. He is an occasional contributor to this blog.