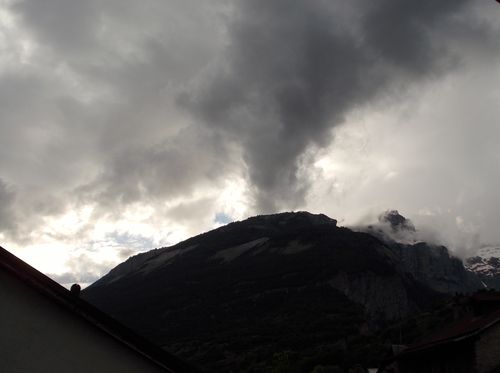 
For as long as I don’t know the name of a character, I don’t really know that character. This might sound obvious, but the obvious can be as useful as the subtler points while a novel is taking form. Over the last few months, I have become quite closely acquainted with several of the characters in the novel that, having begun with a crude working title, (‘Good’), I now think of as something along the lines of ‘American Salamander’, (working title) or some variant of this that includes the words Salamander and Fire, (though, of course, the salamander species one finds in the United States are distinct from the Fire Salamander of European myth). I have been particularly engaged with Jennifer, the daughter of a military officer (Jeremy) who begins her student career as a botanist, but abandons her studies to work as an activist with SDS and later The Weather Underground. Until recently, however, what I knew about her brother was not enough to see him clearly: it was like gazing at a stranger across a smoky room without my glasses.

Research takes us to odd places, but research and happenstance combined are where the real nuggets of inspiration are found, (more stumbled upon than mined, perhaps, but the end result is equally heartening). Thinking about what to call this brother – a Vietnam enlistee who goes AWOL two thirds of the way through the novel – I finally came to the obvious: he is called Martin, after the Roman soldier who cut his cloak in half so he could share it with a beggar, who would otherwise have died of cold – and then, because I was kindly offered refuge to write and research at the Spycher-Leuk residency in Switzerland over June and July, I got to spend the last month and a half walking in the mountains, during breaks from researching and drafting. Gradually, this strange boy began to emerge: he is high-minded, he believes hard in his country’s stated values, but he is also a little wild, a boy who loves motor cycles and mountains. Here I seem to have the makings of the man who later goes AWOL, not because he is afraid of battle, or even for specific political motives, but for reasons of individual pride. Quite simply, he comes to believe that the Vietcong are better soldiers than the US Army, not because he doubts the individual courage or ability of his fellow Americans, but for reasons that can only be called systemic. He still believes the US will win the war, but he believes that victory will be a cheat, and he wants no part of it. If he could go over to the other side and fight with the VC, he would, if that didn’t mean betraying his values, so he is caught between a rock and hard place, where withdrawal is his only chance at Good, (the book’s central idea, though in his case, old Roman notions of virtue is more appropriate). In this, he is the very opposite of his sister, who is committed, at home, to engagement.

This is some way down the line, however. Right now, what matters is what Martin feels about the mountains and ‘research’, for now, consists as much of walks in high alpine meadows as reading radical ephemera of the American 60s and 70s, or studying the works of early botanists in the Southern states. To assuage my lingering work ethic, I’m thinking of this as fieldwork.

John Burnside is an Eccles Centre Writer in Residence for 2013.

Posted by Web Editor at 10:24:44 in Eccles Writer in Residence