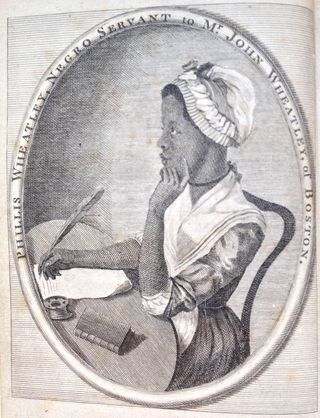 A few years ago I began exploring the Library’s holdings of women writers who’d had their first work published as a single volume, under their name alone, by 1850. Recalling the solitary woman featured on my early American literature syllabus in the mid-1980s, my guess was that I would find perhaps thirty women, or forty at most. Several years later, the tally had hit more than 130 and the picture painted by their lives was fascinating.

Perhaps not surprisingly, most of the women came from families which, although not necessarily wealthy, valued education and were highly literate: many of them could recite the works of Shakespeare, Milton and Pope from early age. It is interesting to note that among these women there are six pairs of sisters, and two pairs of mothers and daughters.

Most of the women began their literary careers by submitting poems or short stories, often anonymously or under a pseudonym, to a local magazine or newspaper. They had little expectation of getting their work published, and even less of making a living from their writing, yet emboldened by seeing their work in print, they continued.

Yet this thrill was probably their least important impetus. Instead, most pursued publication as a means to economic security: some were young adults who had lost a parent (Anne Lynch Botta, Phoebe and Alice Cary); others were widows with children to support (Sarah Josepha Hale, Elizabeth Cheves), or wives whose husbands were either bankrupt or ill (Harriet Beecher Stowe, Anna Cora Mowatt); and some were unmarried and had to support themselves (Catherine Sedgwick). In addition, many taught or even ran their own schools, and some became magazine editors.

Having established themselves as authors, several women established successful literary salons in New York (Ann Botta, Estelle Anna Lewis), while others used their positions to support causes such as women’s healthcare (Mary Grove Nichols), prison reform (Elizabeth Oakes Smith), women’s education and property rights (Sarah Josepha Hale), domestic economy and household management (Catherine Beecher), and the abolition of slavery (Lydia Maria Child).  All of the women, without exception, pushed at the boundaries traditionally prescribed for women. A bibliography of the Library’s holdings of their work, together with a selection of their biographies, can be found here.