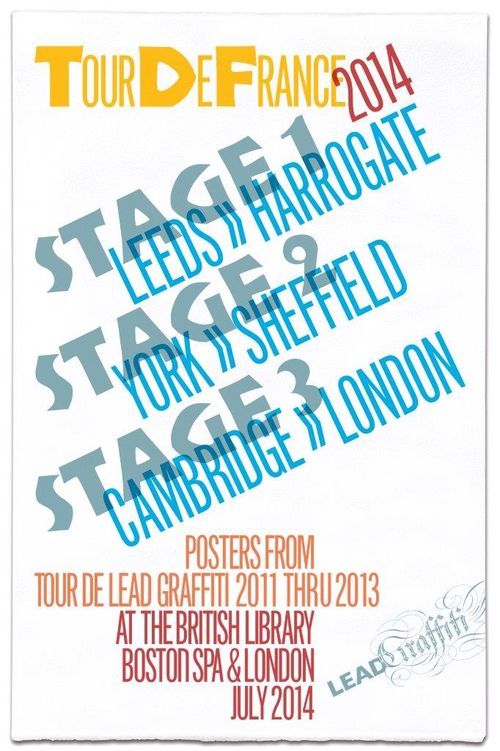 Since 2011, in what they call an act of ‘endurance letterpress’, the American printers and designers Jill Cypher and Ray Nichols from the design and print house, Lead Graffiti, have produced a typographical response to each day of the three-week-long Tour de France – one of the most demanding and most beautiful sporting events in the world.

And we have three sets of these posters: images from the 2011 edition can be seen in Boston Spa, along with one or two other American items, while posters from 2012 and 2013 can be see in the Front Hall of the British Library, on the walls next to the Readers' Lounge (floor 3) and the Staff Lounge (floor 2) until November.  Jill and Ray are blogging about it on the Lead Graffiti site. Meanwhile, a short story published to celebrate the Yorkshire start of the Tour, Stoller's Départ, should be available in the Shop. All being well, a copy should soon be deposited at Boston Spa, after we arrive with it following our ride there in our own 'Tour de BL' (#TdeBL).