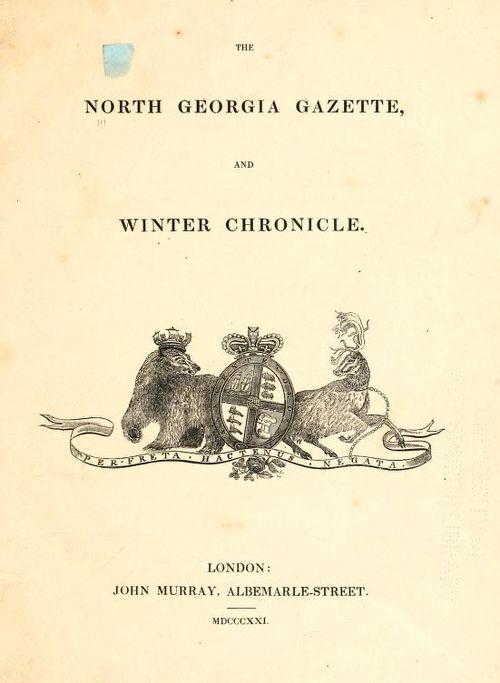 Above: 'The North Georgia Gazette and Winter Chronicle', image from Archive.org. BL copy at: P.P.5280.

January may be almost over but, just in time, here is Team Americas' first blog post of 2015 (and so Happy New Year to you all). This lapse is despite writing, just before Christmas, about the positive health benefits of spending the winter creatively - especially when stuck in the ice. So, with that in mind, let's pick up where we left off, with more on the power of print in the Arctic and the Antarctic.

While the last post focussed on the 'Illustrated Arctic News' this was far from the only publication assembled near the poles. Some were even printed and formally published. One early item that almost made it into Lines in the Ice was, 'The North Georgia Gazette and Winter Chronicle' written, assembled and circulated on board Capt. W. E. Parry's 1819 voyage in search of the Northwest Passage. Parry was actively concerned about the mental well-being of his crew during the over wintering and convinced his officers and surgeon that a newspaper focussing on events and entertainments would be a good way to alleviate the boredom.

As well as warding off boredom and stimulating the mind these papers also provide a record of the voyage, one that is markedly different in content and tone from the official narratives published upon a ship's return to home. Humour, poetry, some irreverence and, later, whimsical illustration were all hallmarks of these publications, as shown by the 'Illustrated Arctic News' on display in the Lines in the Ice gallery. 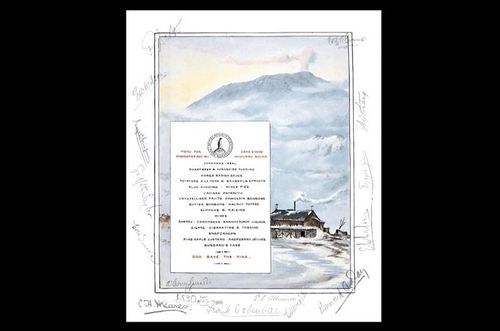 Since Parry's time these newspapers and magazines have become a permanent feature of polar exploration and have subsequently featured in the search for both Poles. 'The South Polar Times' was arranged during both the expeditions of Capt. Scott. Meanwhile, in a feat of imperial splendour Shackleton took a letterpress to Antarctica in order to publish the continent's first book, 'Aurora Australis'.

The act of publishing on Antarctica is significant too. It fixes the British imperial presence on the continent, by noting the place of publication in the book, and as such makes a claim to some sort of limited mastery of the space. As with the planting of flags the publication of this book has overtones not just of claiming the space but of bringing British civilisation to and further developing its culture from the ice of Antarctica. 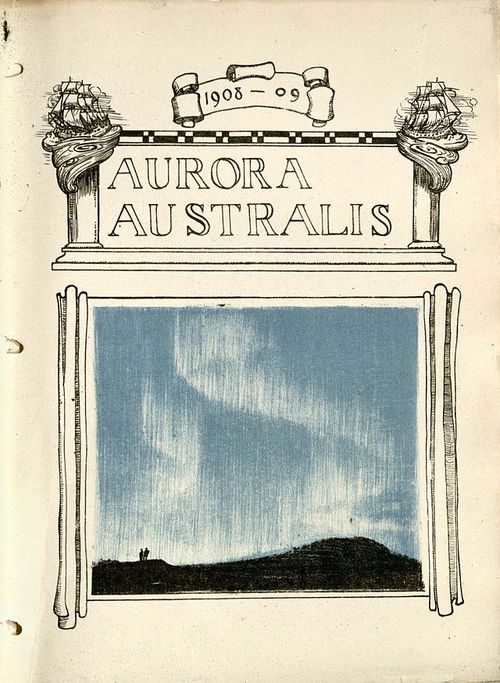 Needless to say, this was not a new idea either. As writing and publishing had long been done in the Arctic so the idea that these acts somehow laid claim to space were also implicit within the act. Instead, Shackleton's method merely takes this process to a new level. This short history of writing on the ice reminds us how much is shared between Arctic and Antarctic exploration, as individuals, ships and methods of survival were transferred between the Arctic and Antarctic circles. The prsence of 'Aurora Australis' also provides an opportunity for a neat(ish) nod towards Australia Day, rapidly approaching on Sunday 25th.

P.S. one last thing, Lines in the Ice is now extended until April 19th! So even more time for you to come and enjoy the show.

Posted by Philip Hatfield at 4:56 PM