Forgotten histories of the Passage: the whalers 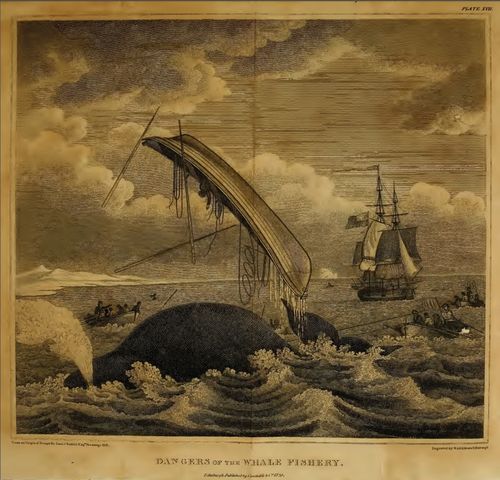 By now daily life of Lines in the Ice is well into a rhythm of showing tours around the gallery and responding to the most frequently asked question, 'what is your favourite item?' In truth, the question is impossible to answer as I love everything on display and some of my absolute favourites didn't make the cut for narrative reasons (see this previous piece on Equiano). However, there is one piece that tells a story I always like to dwell on, that of William Scoresby.

Scoresby is often marginalised in the history of the search for the Northwest Passage but his long running disagreement with Sir John Barrow is a key part of the narrative. Even in the nineteenth century there were some (like Barrow) who still believed that open sea water could not freeze. Scoresby argued the opposite; he knew it could as he had seen it with his own eyes - as the captain of a whaling vessel. 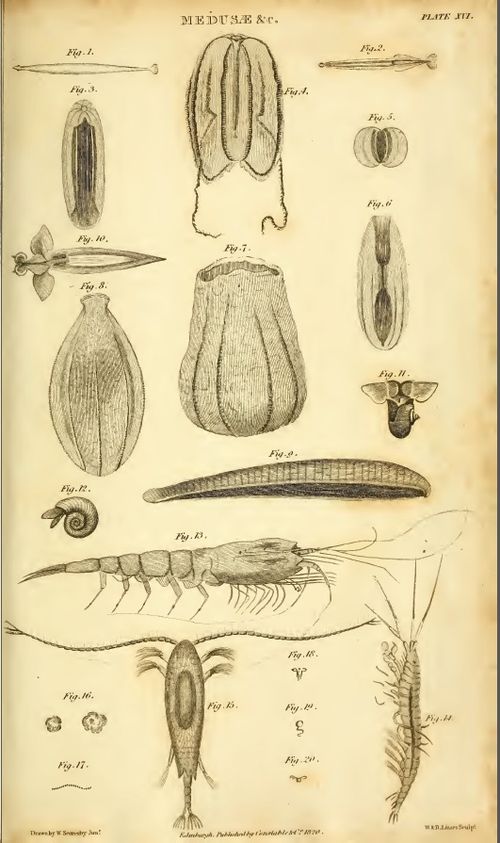 Above: sea life illustrations from Scoresby's 'An Account of the Arctic Regions' [copy on display in Lines in the Ice, G.2602 & G.2603]. Image from Archive.org

The days when whaling was an important form of British employment and commerce are, thankfully, long gone. Nonetheless, for hundreds of years whaling was an important part of people's diets, local economies and, indeed, the very working of England, Europe and America's cities. Before fossil fuels came along it was the fluids and fats of whales that lit London, not to mention underpinned its highest fashions. As a result whaling was big business and whaling parties were some of the first groups to make commercial use of the finds of Arctic explorers.

Those who ran the gauntlet, year in, year out, to the Arctic built up a body of experience about the sea ice that was far superior to the skills held by sailors from the Navy, such as Parry or Franklin. This meant whaling captains were often employed as ice-masters on expeditions searching for the Northwest Passage and some, such as Scoresby, even published their own research on the properties of snow and ice. Above: Scoresby's detailed drawings of snow and ice structures, from 'An Account of the Arctic Regions' [copy on display in Lines in the Ice, G.2602 & G.2603]. Image from Archive.org

Our forgetting of the importance of whalers in the history of Arctic exploration, as well as the knowledge, skill and artistry that went into publications such as William Scoresby's, 'An Account of the Arctic Regions' is what makes this item so intriguing to me. If people like Barrow had listened to those like Scoresby, who provided evidence and their own hard-won opinions to argue for the unfeasibility of the Northwest Passage, a very different history of Arctic exploration would be discussed today.

More importantly, by forgetting how involved whalers were in this process we are also at risk of ignoring the fact that where explorers went, traders, trappers and whalers inevitably followed and did huge amounts of damage to the areas they worked in. In many ways they reshaped the ecology of a significant part of the world and they also instigated massive changes within indigenous societies. Therefore, while we may no longer need the work that was once done by these commercial crews their role in creating the world we know today, as well as in charting and using the Northwest Passage, should not be forgotten.

Posted by Philip Hatfield at 1:29 PM