Symposium: Alaska, the Arctic and the US Imagination 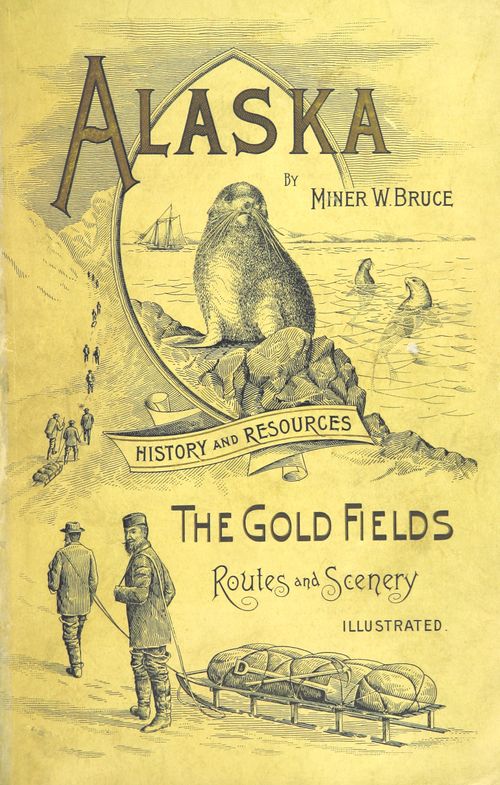 On Monday the Library hosted scholars from the US, Canada and Europe for a day-long discussion on the significance of Alaska and the Arctic to the United States. As you'll see from the programme (at the bottom of this post), the day covered a lot of ground, with discussion ranging from Alaska in film, to the artwork of William Bradford, the USS Nautilus and much more in-between.

The diversity of the day was drawn together by our keynote speaker, Dr. Michael Robinson, who provided a fascinating overview of American interest in the Arctic, charting its growth through the Alaska purchase, the press mania of the search for Franklin and the Cold War geopolitics of the DEW Line. The talk also intersected with some of the Library's wider work, most notably our Digital Curators' innovative research in the digital humanities. Dr. Robinson charted the rising use of the term 'Arctic' in nineteenth century publications, with early results showing how events, such as the search for Franklin, caused imaginative interest (in the form of writing and publishing) in the area to spike.

Above: illustration from 'Alaska, its history and resources'. Courtesy of the BL Flickr pool.

The day was inspired by the change of Chair for the Arctic Council, coming later this year, as Canada hands over to the United States. Lines in the Ice has been lucky in the amount of relevant events that have fallen around its time in the Entrance Hall Gallery, what with HMS Erebus being found in the summer of 2014, and we were keen to draw connections to this event in Arctic politics too. As a result, we wound up the day with a public panel called, 'The Future of the Arctic', which hosted representatives from the Canadian High Commission, the Lords Select Committee for the Arctic, the US Embassy and the scientist Dr. Gabrielle Walker in conversation with the public, all chaired by Professor Klaus Dodds.

Excellent audience questions and thoughtful answers from the panel made this an engaging and insightful event. It also drew together the strands of the day. Mention of the Canadian High Arctic Research Station tied in with a paper by Team Americas' own Rosanna White while discussions about the agency of Arctic indigenous peoples in global politics connected to an earlier paper on the Harriman Expedition by Jen Smith.

Overall the day articulated a core point similar to that of Lines in the Ice, that our contemporary interest in and experience of the Arctic does not exist in isolation of the area's history. At a time when the challenges facing the area are immense we must not be bound to this history but learn from it to create a viable future for all of those who live in Alaska and the wider Arctic regions.

Thanks to all our participants who took the time and effort to be part of this discussion, Team Americas hopes to keep in touch with you in the future.

ALASKA, THE ARCTIC AND THE US IMAGINATION
Monday 16 March 2015
The British Library Conference Centre

Session 3: The Arctic and US politics

Posted by Philip Hatfield at 3:07 PM