Above: a lightbox from Lines in the Ice [image by PJH]

Two things you won't find in 'Lines in the Ice: seeking the Northwest Passage' are a map showing the route of the Passage and an authoritative statement as to who, in the end, discovered this fabled path. As for the map, this is because there is no one route that can be rightly called the Northwest Passage, instead there are myriad channels scattered throughout the archipelago of northern Canada. Similarly, discerning exactly who discovered the Passage is akin to navigating a path through an archipelago of competing claims and achievements.

First things first, a rhetorical question; who do you think discovered the Northwest Passage? If you're British you probably think of Franklin himself, lost in the twilight years of his career in an attempt to fill in the last few blanks on the map of the Canadian Arctic. The evidence for what Franklin did or didn't discover is patchy but by reaching the north of King William Island Franklin did connect the exploration done in the Melville Sound with that done on the north Canadian coast (in which he too was involved). As a result, Lady Jane Franklin felt able to argue he and his crew should receive the honour. However, this is not the whole picture and, indeed, a story lies behind Lady Franklin's motivations. 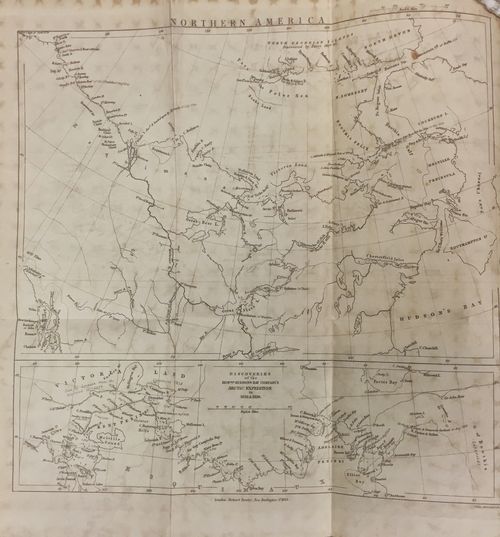 Before we discuss this, mention must be made of an oft-forgot expedition instigated not by the Navy but by the Hudson's Bay Company. The expedition of Simpson and Dease was an attempt to fill in the blanks on Canada's north coast and it did so very differently from the Navy's standard practice; meaning they travelled overland and lightly in small teams. Thomas Simpson, cousin of the director of the Hudson’s' Bay Company, Sir George Simpson, made great strides in completing the charting of Canada's north coast and also claimed, after an expedition in 1839, to have, 'secured for our ... Company the indisputable honour of discovering the north-west passage...'. Closer analysis suggests Simpson may have been referring, peculiarly, to the completion of the western part of the passage, especially as he wished later to finally complete the survey of the Passage over land. Ultimately Simpson was denied the chance as he died in mysterious circumstances but his and Dease's work, which came so close to completing a charting of the Passage, reminds us how many endeavours were involved in the completion of this work of centuries. 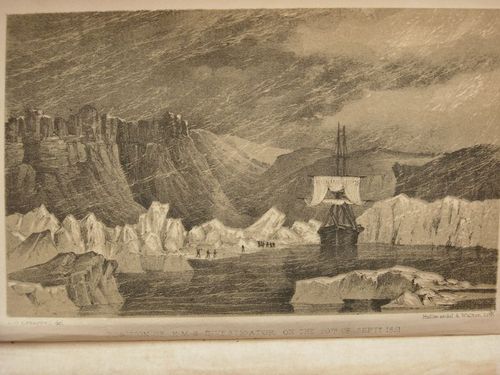 Above: HMS Investigator to the north of Banks Land, from where McClure would spot the Melville Island [BL: 10460.e.10]

Two other names of note in the final chapters of the discovery of the Northwest Passage are those of Captain Robert McClure and Dr. John Rae. McClure, at this time a Commander, was involved in the search for Franklin and ended up being the first commanding officer to complete the Passage. Having entered from the Pacific and reached Banks Island (before being frozen into the ice) McClure could see Melville Island and the site of Parry's furthest west of 1819. By travelling overland McClure linked the two points of exploration in 1851 and his expedition was the first to connect together a complete Northwest Passage. As a result, on his return home, overlooking having lost a ship and disobeyed the orders of his superior officer, McClure was given a hero's welcome and awarded £10,000 by Parliament. 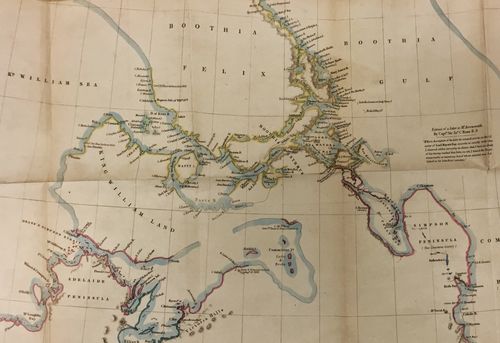 Despite the efforts of McClure and his crew, the Northwest Passage discovered in 1851 was, for all intents and purposes, useless due to the amount of ice found there each summer. An ice free route was discovered by Dr. John Rae in 1854, the same year as he discerned the fate of Franklin and his crew from the accounts of Inuit he encountered. Rae discovered that 'King William Land' was actually King William Island. Franklin had become stuck in the ice attempting to navigate the western side of this landmass but the strait discovered by Rae is frequently free of ice and was used by Amundsen during his navigation of the Passage from 1903-1906.

Both McClure and Rae's discoveries can be regarded as phenomenal achievements and each are regarded, by various historians, as being the true pioneers of the Northwest Passage. And yet, their names are less well-known than Franklin's. This is, in part, because of the political and popular agency of Lady Jane Franklin who, after McClure's award and Rae's return with a story involving death and cannibalism, sought to salvage what she could of her husband's reputation. While discrediting McClure and Rae, Lady Franklin also set about developing the popular idea that Franklin perhaps navigated the Passage first or at the very least connected together its few remaining dots through his overwintering at King William Island.

Above: Franklin's statue in Waterloo Place [image by PJH]

Such ideas would subsequently be set down in print and memorialised in statues. Franklin's statue today stands tall in Waterloo Place, a site of memorialisation for some of the British Empire's most notable apostles and martyrs, where the accompanying plaque reads, 'They forged the last link [of the Passage] with their lives'. While the inscription does not explicitly state that Franklin and his crew discovered the passage that could instead be interpreted as a testament to the efforts of both Franklins and the many other individuals who, in these last years, navigated the archipelago and charted, 'a Northwest Passage to the sea'.

‘Lines in the Ice’ is, sadly, now in its last week. To see more items from the expeditions of Franklin, McClure and Rae, not to mention myriad rare maps and unique historical accounts, be sure to visit the Library before closing on April 19th.

Posted by Philip Hatfield at 3:54 PM