Team Americas bookshelf: How much did Carl Jung learn from his trip to India? (pt II) 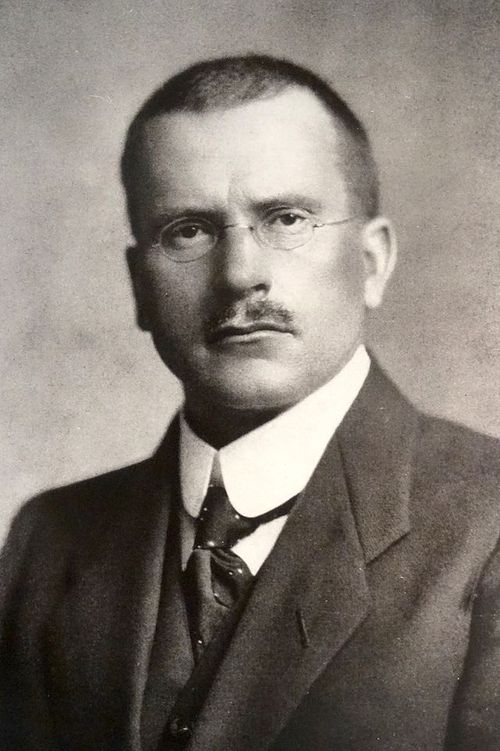 [Ed: This is the final part of Matthew Neill's reaction to 'Jung in India', stay tuned for more 'Team Americas bookshelf as well as some sad Lines in the Ice news later this week]

The British Library naturally has an impressive collection of the works of Carl Jung, books about Carl Jung and his psychology, as well as more personal accounts of his life. As a Curator at the British Library responsible for Book Selection for South Asia in English, I was interested to see that a book about Jung in India had been written by Sulagna Sengupta called not unsurprisingly: Jung in India.

My own interest in Jung is both personal and professional. I am a Licenced Practitioner of Neuro-linguistic Programming and was taught personally by Richard Bandler the co-creator of Neuro-linguistic Programming. In this context, Jung has given me a richer understanding of the workings of the human mind at the level of the unconscious and conscious aspects of our reality.

Naturally I was excited by the prospect of reading Sengupta’s book, and I have in one earlier blog written about Jung’s itinerary in India, drawn from the researches of Sengupta. To be sure, Sengupta has written a book that has been meticulously researched. It is a good book. However, rather than showing us how Jung’s Indian trip fed the development of Jung’s ideas, it is in fact quite the reverse.

What one can say is that the book has unearthed an accumulation of archival evidence that Jung made a trip to India. Sengupta does highlight Jung’s profound interest and respect for Indian spirituality. She shows, however, that India at the time, had little interest or understanding of Jung’s ideas. Jung simply failed, in general, to register upon the antennae scientific India.

It is apparent that Jung published nothing about India after his return. Most of his lectures in India, which were not understood, were recapitulations of his earlier lectures in Europe and his views on Indian spirituality were already formed and written about in his works.

Jung’s visit, made possible by the British Indian authorities rather than Indian psychologists, had virtually no effect on the development of his ideas. His ideas on India had already been formed years before by reading Indian texts. Thus, his trip was an unexpected opportunity to confirm his convictions but it produced no new writing.

What it did produce in Jung was the very clear, the view that Indian spirituality was wholly incompatible with the development Western psychology. As Sengupta suggests: “Jung did not dwell on the unpleasant aspects of his journey in his writings, [in fact, his writings on India predated his visit to India] nor did he leave a commentary on Indian psychology, Freud’s links with India, British science, or his encounters with the Indians with whom he shared contentious views. Instead he spelled out the differences between East and West in his writings and explained the differences between his psychology and Freud’s.”[i]

Jung’s view of India was thus:

‘India’s civilization and psychology resemble her temples, which represent the universe in their sculptures, including man and all his aspects and activities, whether as a saint or brute… India represents the other way of civilizing man, the way without suppression, without violence, without rationalism.’

Those mysterious truths that were so evident to Jung in Indian temple art, architecture and iconography seemed to have bypassed Western Society altogether. By contrast, Jung argued that the comparative quest for scientific and technical explanation of knowledge in Western history had achieved a separation between the conscious and unconscious faculties of the human psyche. By contrast, this had remained more integrated in the Eastern mind.

Although it is not brought out clearly enough in Sengupta’s book Jung’s trip to India didn’t alter his views, they really just added further definition to his pre-1937 views as expressed in his writings. Sengupta is unclear on this. Since all his writings concerning India were written before the trip and he wrote nothing after we could assert that the visit itself made no contribution to Jung’s ideas.

Sengupta is to be credited with the realization that:

“…the differences he felt with India sharpened his feelings about his own culture. Jung came to respect his Western scientific stance and cultural roots more after his Indian intermezzo. The tenets of his empirical work, which did not strike him as anything unique in the Western milieu where he worked, turned out to be of extraordinary importance when placed alongside the theoretical notions of Indian philosophy. In Jung’s view, the scientific and empirical mind-set of the West was inherently opposed to the intuitive and idealistic attitude of the East. The fields of Western psychology and Indian philosophy were therefore disparate, and this realization brought for Jung positive affirmation of his work and a renewed regard for his empirical values.”[ii]

Thus, Jung left india and closed the book on the East. He did not open it again before his death in 1961.

Posted by Philip Hatfield at 2:04 PM