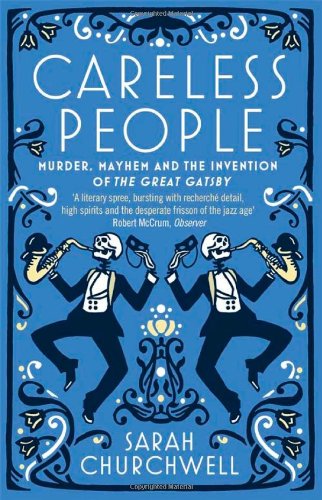 Above: The cover for Careless People, by Prof. Sarah Churchwell (2013).

[As a prelude to an upcoming Eccles Centre event, Prof. Sarah Churchwell writes for us on 'The Great Gatsby'. You can hear more at her talk, 'Inventing the Great Gatsby: 1922 - 1925' on May 18th]

The Great Gatsby has made countless readers feel as if the Jazz Age were a party to which they have not been invited. Like the party-goers at Gatsby’s revels, the reader of Gatsby is drawn there by word of mouth, looking for glamour and personality, in search of celebrated and interesting people. We want to know F. Scott Fitzgerald, whom we have met through his books: we want to meet his wife, and know whether she was really mad, or destroyed him, or whether he destroyed her. We want to know how much she made herself up, or he made her up, or we've made them both up. Although many literary critics still insist that this impulse is unworthy, a deplorable preference for gossip over art, it is also true that our social personality is a creation of the minds of others, as Proust observed. Scott Fitzgerald understood that better than most, and it is one of the themes of The Great Gatsby.

Many people respond by throwing their own Gatsby-themed parties, a response with which I sympathize. But because I am an academic (i.e., a professional geek), my idea of throwing a Gatsby party is not to mix a few tasty cocktails and suggest that people put on a pretty dress that approximates one that might have been worn in the 1920s. No, my response is to spend years and years intensively researching what life would have been like in 1922, what Scott Fitzgerald could have known when he was sat down to write the novel, what he guessed—and what he had no way of knowing.

In April 1925, when Gatsby was published, it was a contemporary novel. It had been written in 1924 and set in 1922: so it would work in exact parallel if we imagine a novel published this year, that was written in 2014, and set in 2012. It would be a contemporary novel: we would understand all of its references, without need of translation, explanation, or glossary. The Great Gatsby was certainly a “modern” novel—so modern that its first readers could not see any meanings beyond the ones that were entirely manifest in 1925. Most of these meanings are entirely lost upon us now—but it turns out that they are not entirely lost to us. They are there, waiting to be found, if we’re patient, or dogged, or both. And it is those meanings—the meanings that would have been available to Fitzgerald, and his readers, in 1925—that I set out to recover in researching my book about Gatsby, if I could. The analogy, to my mind, is like trying to do an historically sympathetic renovation of a beautiful old art deco house. Of course you can cover it over with all kinds of layers from other eras, and there are arguments to be made in favor of updating (just as few of us would want to actually live with an historically authentic bathroom from 1925, so few of us would want to return to an historically authentic 1925 attitude toward, for example, anti-Semitism). But there are also arguments to be made in favor of creating something historically sympathetic, and aesthetically consonant, and that’s what I tried to do in the book I eventually wrote, called Careless People. 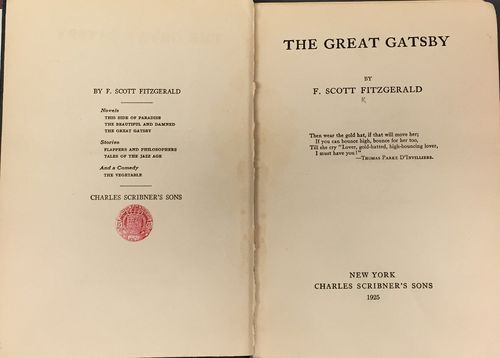 One of the unexpected results of this research project was that I came to see much more clearly than I’d ever predicted why The Great Gatsby was not a great critical or commercial success when it was published in 1925; it didn’t flop, but its sales were sluggish, its reviews largely uncomprehending. Along the way I learned a great deal about what New Yorkers in 1922, when Gatsby is set, actually wore (skirts were much longer than we think), what they drank (bathtub gin and bootleg gin are not the same thing), what they danced (not the Charleston), what they listened to, what they ate, even what perfumes were available. (The great French house of Caron produced both Narcisse Blanc and Nuit de Noël in 1922, for example; both are still available for any historical die-hards who do not have to survive on an academic salary.)

Such a critical, and I hope creative, endeavor necessarily raises a series of question about what it might mean to try to recover the past. And as fate would have it, this is the great question asked by the great Gatsby, and by The Great Gatsby. “You can't repeat the past,” Nick Carraway warns Jay Gatsby. “Can't repeat the past?” Gatsby responds, incredulously. “Why of course you can!” And then Fitzgerald adds, with one of the hundreds of touches of mordant humor that pepper the novel, that Gatsby “looked around him wildly, as if the past were lurking here in the shadow of his house, just out of reach of his hand.”

Is the past just out of reach of our hand? For Nick, as for Fitzgerald, this is a facetious remark—and yet the idea that it might be is just the response that the novel has inspired in thousands of readers since Fitzgerald’s death in 1940. But in 1925, as I’ve said, Gatsby was a purely contemporary novel: its ideas about the past were negligible, and its vision of the future was indiscernible, undetectable to jazz-age eyes, as blind as the eyes of Dr. TJ Eckleburg, pointlessly lording it over the ashes of history.

What past we have is an invention. There was a past, and we certainly did not invent it, although other people did; but that past has made its exit and it will not return. Our myths, our legends, our false memories and mistaken historical assumptions, our anachronisms, our egotistical projections of our own values—these are the invented past.

What I discovered is that the hectic absurdity of the past takes us by surprise; we are accustomed to invent only that past that seems useful to us, by and large: rare is the effort to accommodate the present to the past, rather than the other way around. We may not believe that we can repeat the past, but we do tend to believe that we can recover it, although God knows what havoc we would wreak if we found ourselves accidentally grasping it. 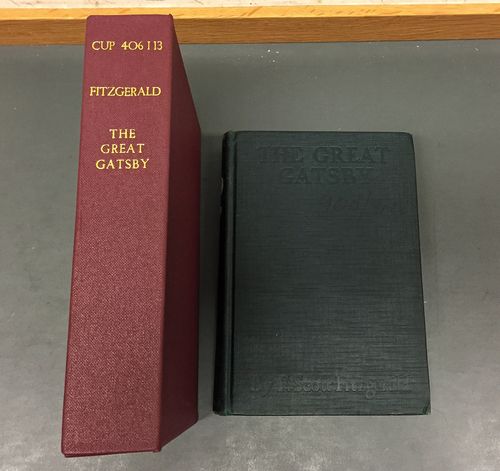 I think most of us expect history to display a certain dignity, as befits its age; but what I learned is that the past is not a venerable old man, an eminence grise: it is an unabashed adolescent, with no understanding or fear of the consequences of its own idiotic behavior. Its carelessness proves, in the end, rather winning, but we should not mistake a survivor’s instinct for sanity.

The history of 1922 reads not like history, but like a rather madcap novel—and that novel is by Scott Fitzgerald, because it was his novel that taught us how to read this story. The sources turn out to have a tremendous story to tell themselves: but we would not know what it was about if Fitzgerald had not told us how to read it in the first place.

Memory is an imaginative reconstruction of the facts. So is history. So is The Great Gatsby. They are not the same things, of course, memory, history, fiction. But they have more in common than we like to think. They’re all a story about the art of exhilaration, about a glittering, gin-drenched, time-drenched world, whether we are dealing with fiction or with history. In either case the theme is the peril and brevity of such vision—that is the theme of Gatsby, and it is the starting point for any serious conversation about it.

[Prof. Sarah Churchwell will be speaking about 'The Great Gatsby' at the British Library on May 18th, you can find more information here]

Posted by Philip Hatfield at 12:29 PM