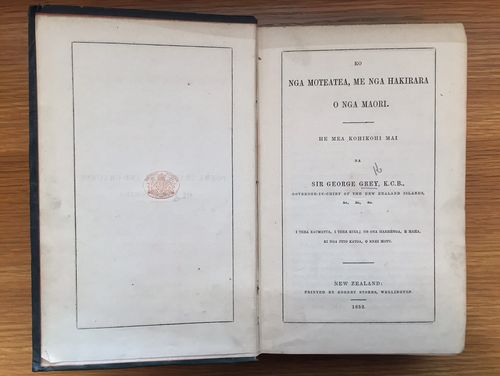 Last week various members of the team found their way to King's College for events from the Australia & New Zealand Festival of Literature and the Arts, a fantastic annual event which always generates subsequent digging in the collections. The opening night captured all the festival is about, promoting Antipodean arts and culture through a mix of literature, music and comedy, often served with a side of political commentary. 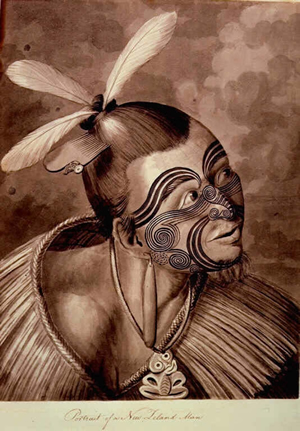 I've visited the festival twice now and always come back with an enthusiasm to dig into the Library's Australasian literature collections. These continue to grow, with the Library collecting a wide range of publishing from Australia and New Zealand every year, but the collections are also historically deep, something out 'Help for Researchers' page gives you a taste of. For many, the highlights of the collection are the various maps, manuscripts and publications relating to Cook and various other early explorers. However, if you dig a little deeper there are lesser-known gems to be found. 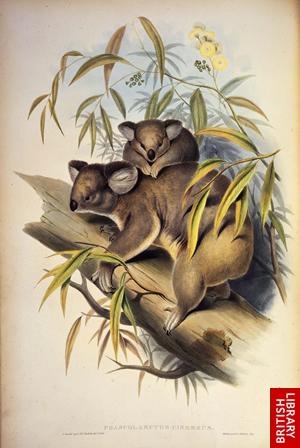 The Library holds a number of significant early books about Australia and New Zealand, their settlement, and natural history, including the beautiful, 'The Mammals of Australia' [BL: 462*.e.4], but many of these are published in the UK. There are also examples of some of the first original literature published there. 'Quintus Serviton, a tale founded on real events' was published anonymously in Hobart c.1830, the author being convict Henry Savery who had already written sketches of Van Diemen's Land life for the newspapers but now became Australia's first novelist. 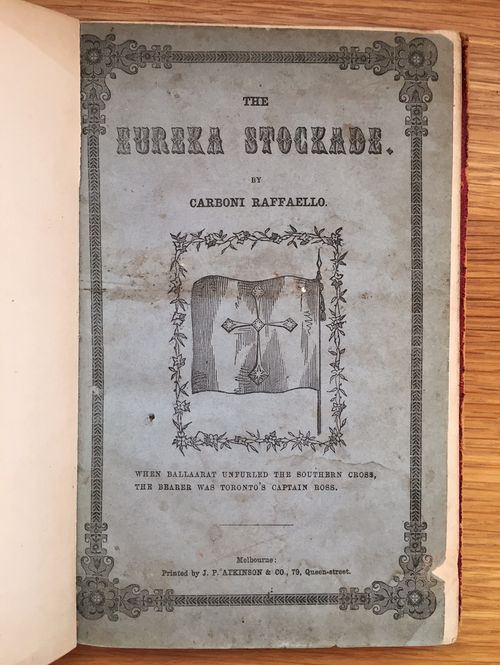 Above: cover for, 'The Eureka Stockade: the consequence of some pirates wanting on quarter deck a rebellion' [BL: 8154.b.35]

Later works found in the collection include the poetry of Henry Kendall [BL: 11651.aaa.44] and accounts of early historic events, such as the wonderfully titled, 'The Eureka Stockade: the consequence of some pirates wanting on quarter deck a rebellion' [BL: 8154.b.35]. There are also early examples of attempts to lay down the stories and songs of Aboriginal and Maori peoples in print, such as, 'Ko nga Moteatea, me nga Hakirara o nga Maori. He mea Kohikohi mai na Sir G. Grey' (Poems, traditions, and chants of the Maoris, collected by Sir George Grey) [BL: 12431.k.13].

Since the Festival has now finished these works and the many others acquired by the Library will have to keep us going until next year, but hopefully you'll find plenty of inspiration.

Posted by Philip Hatfield at 1:27 PM