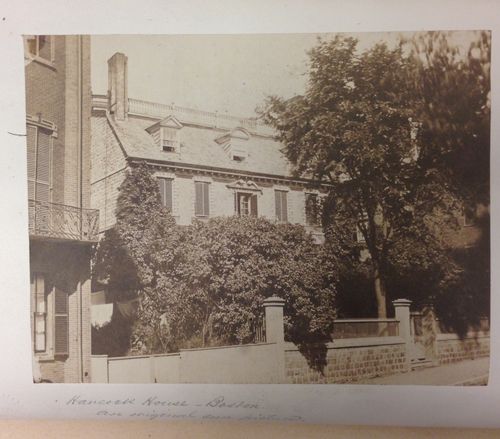 In yesterday's post on writers' libraries, I mentioned Homes of American Statesmen (1854, but printed in 1853), which is widely considered to include the first example of a type of photograph used as an illustration in an American book (i.e., a real photograph, as opposed to an engraving of a daguerreotype or similar).  Well, here it is, at shelfmark  10881.c.3. The photograph, which has clearly been hand-trimmed and pasted in, used a form of reproduction patented as Crystalotype (see the close-up, below).  Invented by the Boston photographer John Adams Whipple, Crystalotypes began as albumen prints, which were then copied onto glass via a form of crystallography.  Whipple then had what were in effect glass negatives, and which could be used to copy the image numerous times.  The publisher George Putnam took advantage of this method, and used a Whipple print in the frontispiece of Homes, giving it a unique advantage in the potentially lucrative gift-book market.

Of the two, Homes of American Authors would be the one I'd prefer to find in my Christmas stocking.  Authors generally make better copy than statesmen, and these volumes don't buck that trend. But it's fascinating to see John Hancock's house in Boston, over 160 years later. Hancock's house, which was built in the 1730s and survived ransacking by British soldiers during the Revolution, was sold during the Civil War and demolished to public outcry in 1863.

John Adams Whipple is rightly remembered (and collected) today as the photographer of luminous images of the moon at Harvard University Observatory.  He was the first to produce an image of the star other than the sun: Vega, the brightest of the Lyra Constellation, and, in 1997, the source of Jodie Foster's alien chatter in Contact. Putnam's gift book of extraterrestrial life remains, we gather, unwritten. 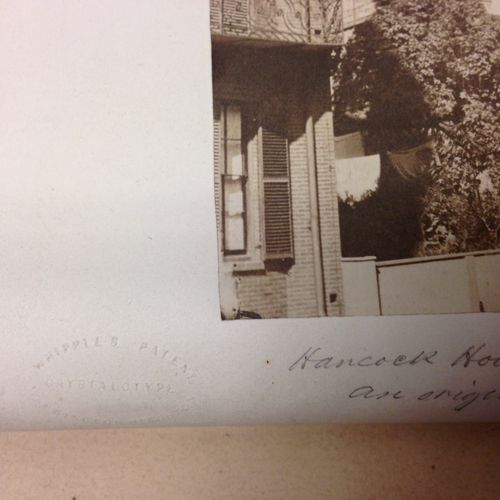 Images: This item, Homes of American Statesmen (New York, 1854), Shelfmark 10881.c.3, is believed by the British Library to be in the public domain.