In terms of presidents, we normally think of FDR rather than TR when it comes to Thanksgiving; indeed, the portmanteau 'Franksgiving' coined by an Atlantic City mayor in 1939 is a reminder of the president's decision to move the holiday a week forward in a late effort to boost retail sales in the face of the Great Depression. American presidents had declared an annual day of Thanksgiving since Abraham Lincoln in 1863, but Teddy Roosevelt's 1905 proclamation, shown here (shelfmark 1865.c.7.(30.), image in the public domain), was the first to attribute the custom to the 'first settlers'. Before this date (and, indeed, until long after), States celebrated Thanksgiving in different ways, with by no means all invoking the story of Puritan settlers and American Indians.

Perhaps appropriately, the Declaration shown here (which now I've seen it, will be recommended for some conservation assessment) is bound in a large volume of similar proclamations from around the world, including announcements of days of mourning for British kings, the inauguration of the Second French Republic of 1848, and this reminder (in facsimile) of the backstory of the relations with the native peoples that Thanksgiving (yes, we always think of that scene in The Ice Storm). 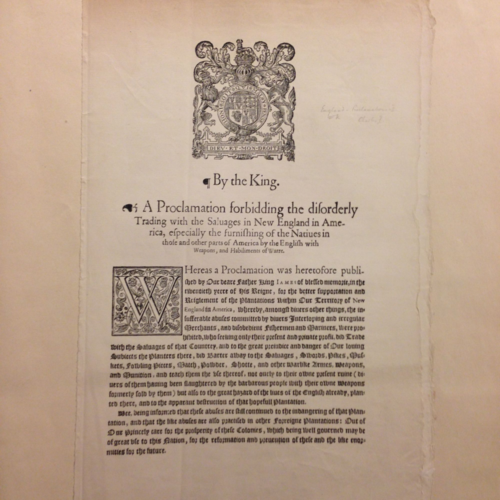 More straightforward holidaying is, however, available in the Souvenir of Thanksgiving Day (London, 1896), shelfmark 8176.de.13, produced by the American Society in London. 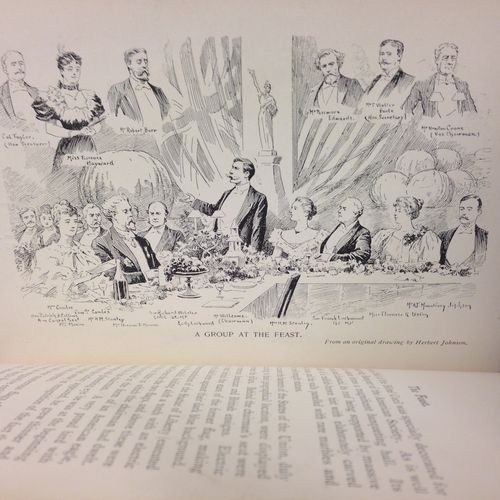 Members included Henry S. Wellcome and the 'patriarch of the American colony in London', Benjamin Franklin Stevens (whose brother, Henry, helped us build our collections). Typical of the souvenirs published by such societies at the time, it contains a menu for the main event, including, of course, turkey with cranberry sauce and pumpkin pie, as well as an amusing history of the colony and a series of cartoons reflecting on Anglo-British connections. The volume is also bound in leather, with a remarkable embossed roundel, shown here: 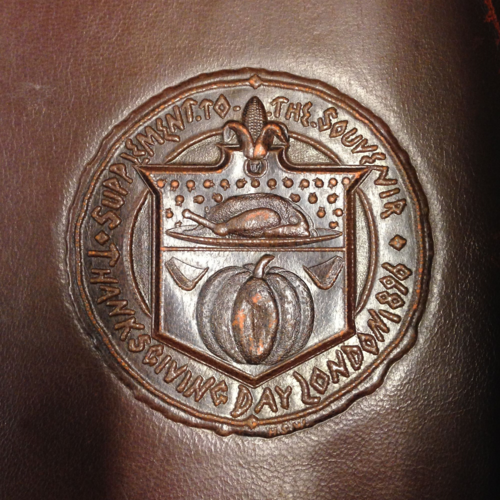 Not much fun if you're a turkey, of course: 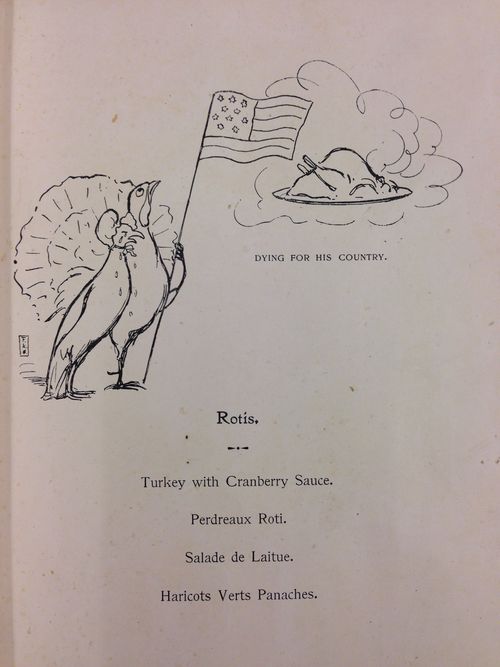 But however, and whatever, you celebrate, 'Happy Thanksgiving' from us. 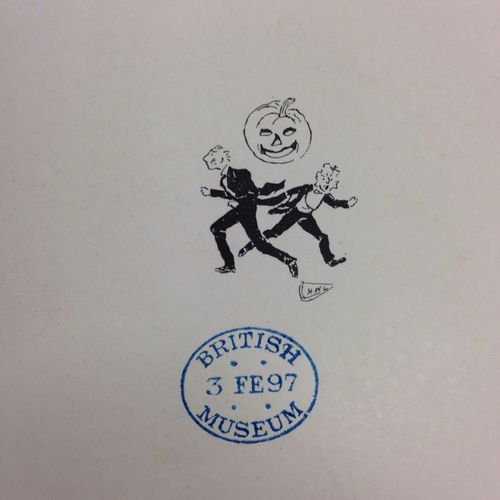