Aguinaldo is a popular type of Christmas song sung in many Latin American countries at this time of year, thought to have derived from the villancicos imported from the Iberian Peninsula during the second half of the sixteenth century. Perhaps the most celebrated composer of villancicos is Sor Juana Inés de la Cruz, whose words were set to music by Antonio de Salazar in the late 17th century. Although villancicos often made reference to secular themes, they were encouraged – or at least tolerated – by the Church hierarchy as far as they were seen as useful tool in the drive to convert the native populations to Catholicism.

As the popularity of villancicos declined from the 19th century onwards, aguinaldo – a much more folk-inflected art form – began to take their place. Today, aguinaldo are performed by people in groups called parrandas, who wander from door-to-door sharing their songs in much the same way as carollers do in the UK. This wonderful recording of an aguinaldo from Venezuela is a far cry from the baroque villancicos of the 17th century, though it does illustrate how the form mixes the sacred with the everyday, as we hear the celebration of the birth of Christ played out as an commentary on neighbourly relations.

Listen to Tun Tun (performed by Federico Reyna and family)

As far as we have been able to identify, this recording of Tun Tun was performed by Federico Reyna and his family for a BBC radio programme entitled Folk Music of Venezuela. It was broadcast on the Third Programme on 2 September 1962, and introduced by A.L. Lloyd, with production by Douglas Cleverdon.

Like many good folk-songs Tun Tun is a self-satirising comment on the form itself. In the song the parranderos pay a visit to their neighbour to share their goodwill, though he becomes increasingly exasperated and eventually demands to be left alone: “Que el diablo se los lleve a mí dejenme en paz!” 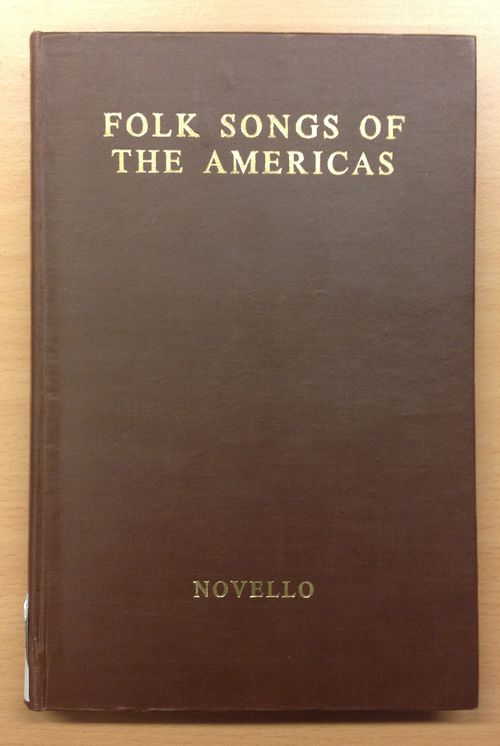 The recording is part of the A.L. Lloyd collection, which contains material collected by the folklorist throughout his life. Lloyd also edited Folk Songs of the Americas (shelfmark: HUS 789.202242), a great resource for those interested in folk-music from across the continent.

More sound recordings from the British Library’s collections can heard at BL Sounds.