Langston Hughes is well known as one of the leading figures of the Harlem Renaissance, primarily for his poetry. However, there is a side to his work which has received comparatively less attention: his literary translations. Hughes was not a professional translator, and indeed most of his translations did not do very well commercially. His translations were driven by his interest in writers with whom he felt a connection, particularly authors who explored the representation of black identity beyond European literary models. Hughes felt a kinship with writers of the African diaspora in the Americas, whom he saw as linked by a similar cultural heritage and history of racial oppression. These included the Haitian writer Jacques Roumain, whose posthumous novel Masters of the Dew (Gouverneurs de la Rosée) was translated by Hughes circa 1947.

In 1948, Hughes (together with Ben Frederic Carruthers) translated a selection of poems by the Cuban writer and activist Nicolás Guillén. They were published under the title of Cuba Libre by the American Ward Ritchie Press, in a beautiful limited edition of 500 with illustrations by Gar Gilbert. 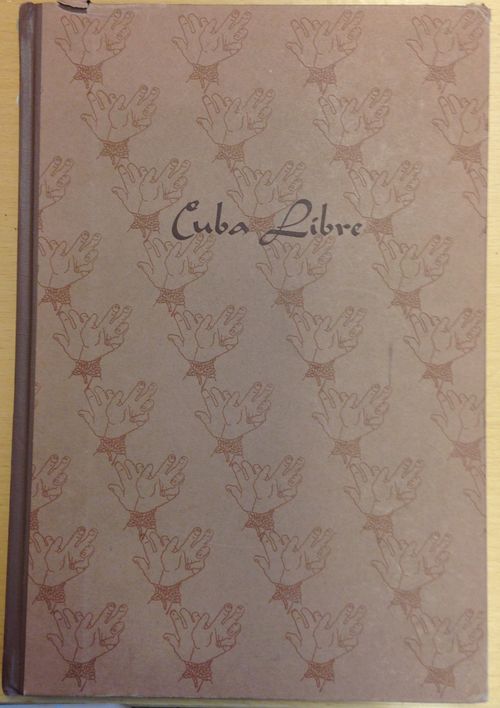 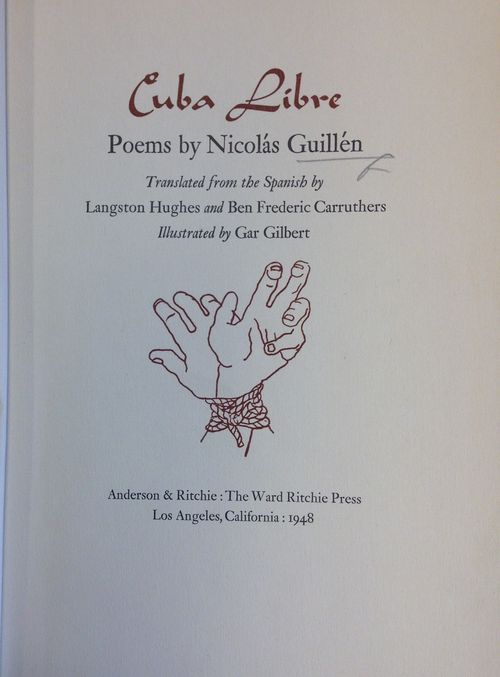 Hughes met the poet Nicolas Guillén in 1930 in Cuba and they soon developed a friendship. Both men travelled together to Spain during the country’s civil war as war correspondents, an episode that Hughes narrated in his autobiography I Wonder as I Wander (1956). While the extent to which Hughes influenced Guillén’s style is still up for debate, their works have many aspects in common. Their poetry is a celebration of black folk culture, music and use of language. Often described as ‘poets of the people’, both men were concerned with representing class inequality and racial injustice.

Below is an extract from Guillén’s well-known poem ‘Tu no sabe inglé’, translated by Hughes as ‘You don’t speak no English’. Hughes’s translation used the African American vernacular to reproduce Guillén’s experimentation with the Cuban criollo (Creole) dialect in his poetry:

All dat English you used to know,

all dat English, now can’t even

an’ you jes’ runs away

Yo’ English is jes’ strike one!

strike one and one-two-three.

Posted by Mercedes Aguirre at 1:05 PM