Among the American expatriate writers who congregated in Paris in the interwar period, Kay Boyle was one of the most prolific. In her long and varied career she published fourteen novels, among them Death of a Man (1936) and Avalanche (1944), several collections of short stories, essays, poetry and translations. 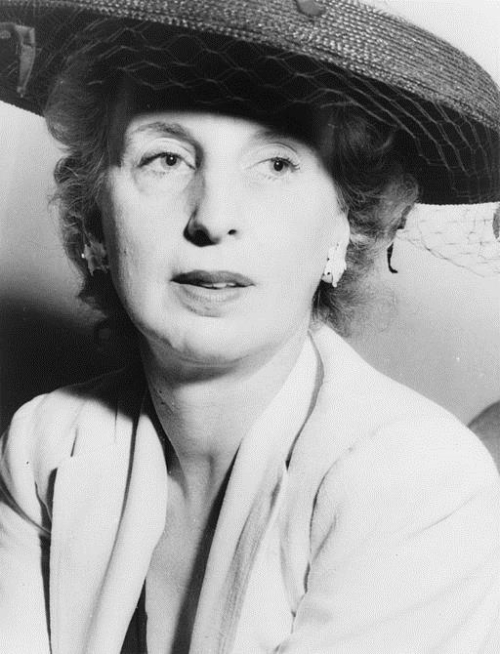 Kay Boyle was born in St. Paul, Minnesota, in 1902. In 1922 she moved to New York, where she became an assistant to Lola Ridge, the editor of Broom magazine. Boyle attended Ridge’s literary gatherings, where guests included William Carlos Williams and Marianne Moore. In June of the same year she married her first husband, the Frenchman Richard Brault, and the couple moved to France in 1923. While in Paris, Boyle met the writer and founder of Contact Editions Robert McAlmon, who became both a friend and a literary mentor.

In 1928 Boyle became acquainted with Harry and Caresse Crosby, founders of the Black Sun Press, one of the most renowned private presses run by American expatriates. The press, which was originally set up with the name Éditions Narcisse, published works by celebrated modernist writers including D H Lawrence, Hemingway and James Joyce. In March 1929 the press published Boyle’s Short Stories in a limited edition of 150 [Cup.510.fa.7.]. Some of the seven stories that form the collection had previously appeared in little magazines of the period, including transition, and all of them were reprinted alongside new work in the later collection Wedding Day and Other Stories (1930).

During the late 1920s and 1930s Boyle worked on several literary translations from French into English, including Joseph Delteil’s novel Don Juan. In 1931 the Black Sun Press published Boyle’s translation of a work by the surrealist writer René Crevel, Mr. Knife and Miss Fork, an extract of Crevel’s novel Babylone. The book was illustrated with nineteen photograms by the German artist Max Ernst. Boyle’s full translation of the novel into English was published in 1985 by North Point Press. 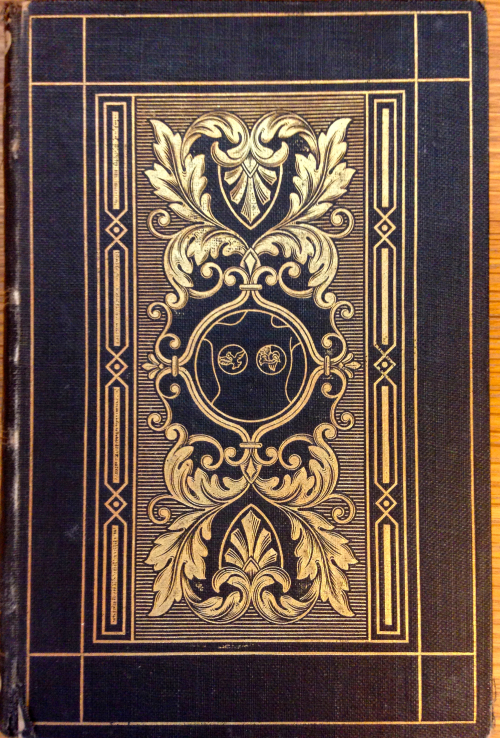 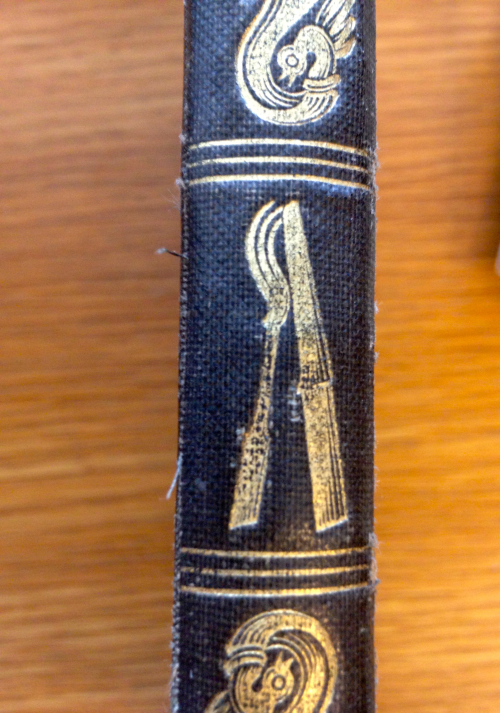 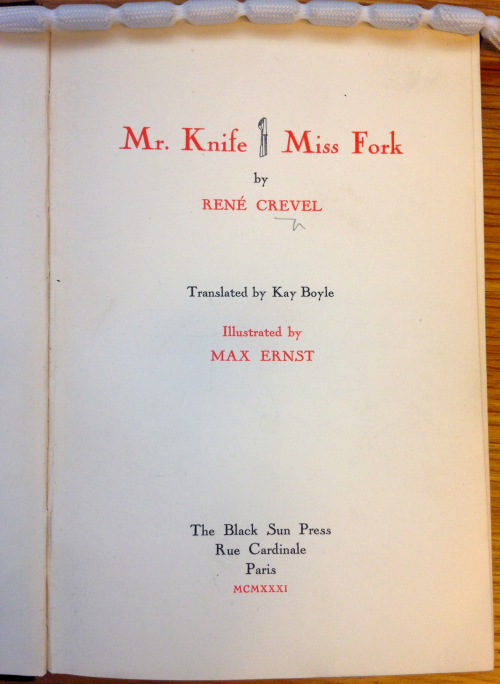 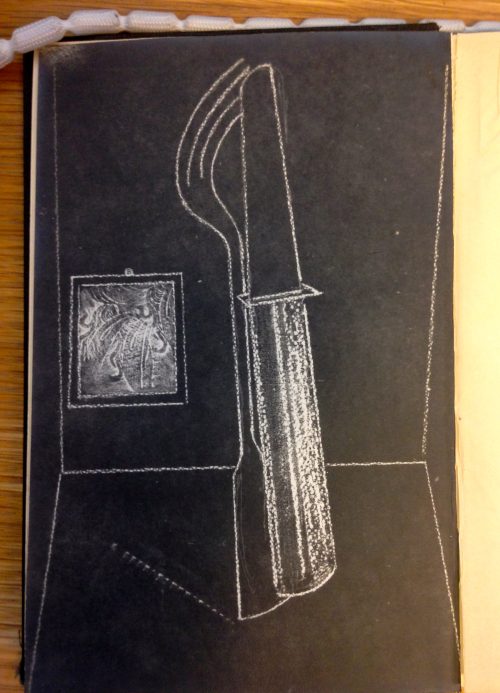 The following year Boyle’s poem ‘A Statement’ was published by a lesser known American private press, The Modern Editions Press, founded by the African American writer Kathleen Tankersley Young . The press produced two series of beautifully crafted short story and poetry pamphlets in 1932 and 1933. Boyle’s poem included a frontispiece by the cubist artist Max Weber. The Modern Editions Press was a short-lived project, as Young died unexpectedly in 1933 during a trip to Mexico. The Library has recently acquired Kay Boyle: A Twentieth Century Life in Letters, a volume that collects Boyle’s correspondence, edited by Sandra Spanier. Boyle’s selected letters, spanning eight decades, bear witness to her central role in several modernist networks and presents a fascinating picture of American expatriate life in Paris and beyond during the twentieth century.

Posted by Mercedes Aguirre at 3:00 PM