Kevan Manwaring is an Eccles Centre Postgraduate Fellow and a Fellow of the Higher Education Academy. He is currently undertaking a Creative Writing PhD at the University of Leicester. His practice-based research is a novel set in Appalachia & Scotland.

As an historical artifact and as a cultural meme I set out to explore the phenomenon of that quintessential icon of American pioneering spirit, the log cabin. 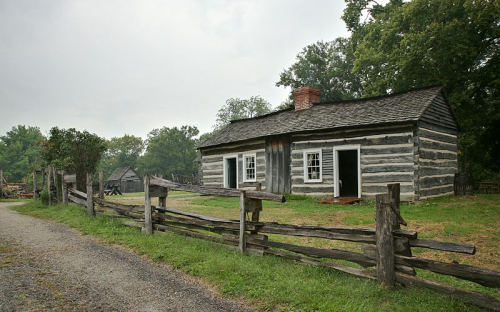 The homely shack hacked out of the primal wilderness, or so the myth goes, the log-cabin has been called ‘a symbol of democracy’ (Shurtleff: 5). Synonymous with self-reliance, hard-work, and grit the cabin has a taken on a metaphorical dimension. How has it become the crucible of the American Creation Myth? Every state seems to have at least one of these iconic structures where their most famous son or daughter started out. Perhaps the most hallowed of these was at Walden Pond, in Massachusetts, where, on the 4th July, 1845, Henry David Thoreau went to build a cabin. And live there he did, for a couple of years, cultivating his legumes and legend; but the nature of his dwelling – now enshrined in American culture and replicated countless times across the nation – is not exactly what it seems. It needs interrogating and deconstructing somewhat – but not to undermine Thoreau’s achievement or legacy – but to examine the foundations of this most enduring and beloved icon.

This ‘log-cabin myth’ (as Harold R. Shurtleff defined it in his 1939 Study of the Early Dwellings of the English Colonists in North America) is ‘an American belief that is both deep-seated and tenacious’ (Shurtleff: 5).

Let us look at the history of the Log-Cabin. At the risk of seeming disingenuous, I think it’s necessary to remind ourselves of what a log cabin is defined as: ‘a small house made from tree trunks’ (Cambridge Dictionary online). This is important, especially when considering Walden (it was not). It is a term that is often bandied about and misapplied.

But when was the log cabin first seen in the New World?

From current evidence we can deduce that the first dwellings built of round or square logs was raised by the earliest Scandinavian settlers in 1638 – primarily Swedes, but also Eastern Finnish, bringing with them the skill-set of the Savo-Karelian culture (Jordan; Kaups, 1992). German immigrants constructed their own variants, independently, from about 1710. The Scots-Irish arriving in large numbers after 1718, took up this new opportunity (having been unable to build timber-houses at home due to the lingering restrictions of that Norman construct, ‘forest’, and the financial cost) and ran with it. It seems likely they invented the term ‘log cabin’ (one belonging to a James McGavock is identified in an Irish community, Virginia, 1770). Before that, the most common one was ‘log house’ (Maine, 1662; Maryland, 1669; Massachusetts, 1678; North Carolina, 1680; New Hampshire, 1699). Via this new wave of migrants, the log cabin went ‘viral’: ‘From and through the Germans and Scotch-Irish it spread rapidly through the English colonies and by the American Revolution had become the typical American frontier dwelling from Maine to Tennessee.’  (Shurtleff: 4), to the point that, as John Alexander Williams observed: ‘The log house is the most enduring symbol of Appalachia’ (2002: 5). Cheap, convenient and quick to construct from readily available materials, with only an axe, a pair of hands, a mouthful of nails, some cussing and a lot of elbow grease, it is small wonder the log cabin or house flourished.

In summary it seems likely, that whoever got there first (and the degradable nature of the material means we will never know for certain), that ‘each group of European colonist in the seventeenth century erected the sort of dwellings they were accustomed to at home.’ (Shurtleff, 209).

Yet were they bringing coals to Newcastle, for it is noted by William Byrd in 1728 how he found ‘Indians’ in Virginia and North Carolina in the traditional lodges of their ancestors, what he called ‘Bark Cabanes’, wooden dwellings. This suggests the possibility of cross-fertilisation – that the ‘log cabin’ was the product of syncretism.

And so we can see how the notion of the ‘log-cabin’ is a constructed one, one with several influences. As a metaphor for the quintessential hybridity and Old/New World recycling of America, it is fit-for-purpose.

As a cultural meme, the log-cabin has extended its influence far beyond its humble parameters. It has been taken up by politicians, writers, singers, film-makers, eco-campaigners, artists and architects…

A seminal example of this is the ‘Lincoln Log Cabin’ – the humble family home of the 16th President of the USA. At Knob Creek Farm, La Rue County, Kentucky, a neighbour’s farm was relocated to the approximate spot and turned into a heritage ‘shrine’, evidence of the Lincoln myth, and by extension, the dramatic arc of the American dream – from log cabin to the white-house.

Such ‘repackaging’ has precedent, which can be seen if we dial-back to the 14th Presidential Election Campaign. In what became known as the Log Cabin campaign of William Henry Harrison, we can see the repurposing of the log cabin for political capital. Evoking an American Arcadia, the log cabin symbolized a return to good, simple virtues, to an uncomplicated, uncorrupted way of life. 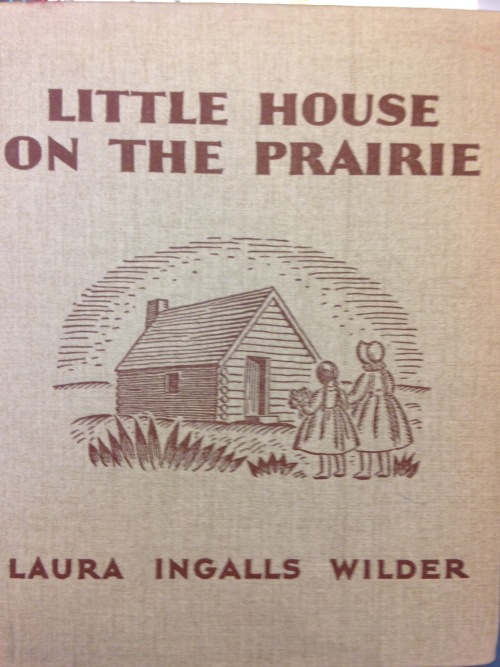 We see this representation of the log-cabin in classics of American literature such as Uncle Tom’s Cabin, Harriet Beecher Stowe’s 1852 reformist novel; Mark Twain’s Adventures of Huckleberry Finn (1884); Thomas Wolfe’s Look Homeward Angel! (1929); the ‘Little House’ books of Laura Ingalls Wilder (1932-1943); Woody Guthrie’s recently rediscovered House of Earth (1947); Wilma Dykeman’s Appalachian trilogy, The Tall Woman (1962); The Far Family (1966); Return the Innocent Earth (1973); and Charles Frazier’s Cold Mountain (1997). These and many others create a sub-genre of what could be called ‘Log Lit’.

Extending its influence far beyond Appalachia, the log-cabin offers us a place of renewal, a taste of a more authentic, embodied, embedded and sustainable life.

Lee, Hannah Farnham Sawyer, The Log Cabin: or, the world before you, Appleton, 1844

Shurtleff, Harold R., The Log-Cabin Myth: a study of the early dwellings of the English colonists in North America, Harvard, 1939

Thoreau, Henry David, Walden, or a Life in the Woods. Boston: Ticknor & Fields, 1854

Imagining the West: a guide to the literature of the American West

Posted by Mercedes Aguirre at 3:25 PM