Dorothy Livesay: Canada, the Spanish Civil War and the 1930s

My dear, it’s years between; we’ve grown up fast

Each differently, each striving by itself.

I see you now a grey man without dreams

Without a living, or an overcoat:

But sealed in struggle now, we are more close

Than if our bodies still were sealed in love.

Dorothy Livesay’s 1977 book Right Hand Left Hand is best described as a collage of Canada during the 1930s. It is at once a memoir, a scrapbook, and an anthology that includes personal letters, visual art, poetry, short stories, articles and photographs—all framed by Livesay’s reminiscences. As co-editor of the new scholarly edition of Right Hand Left Hand, I’ve been working closely with the book for more than four years, but still I can hardly grasp it. It is ambitious and scattered, compelling and confusing. Its flawed form attempts to do justice to the chaos, excitement, and adversity of Canada during the Great Depression. 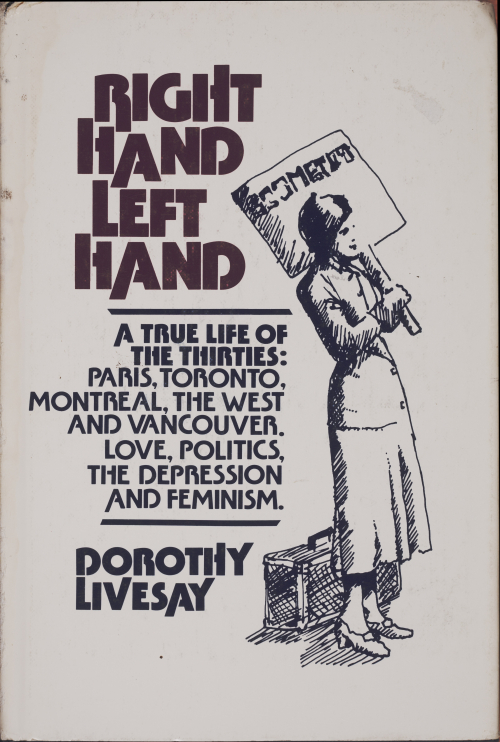 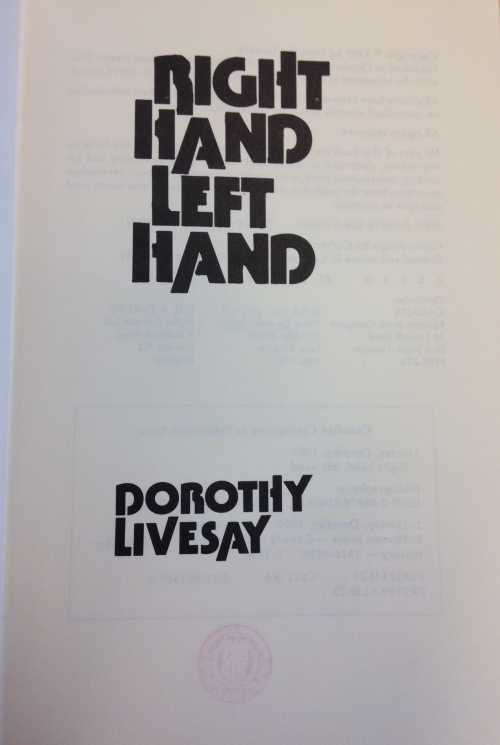 Right Hand Left Hand offers countless paths into Canada’s social, political, and cultural history. The Spanish Civil War claims its own chapter, disrupting the pattern of chapters themed around Livesay’s own travels (Montreal, New Jersey, the West). This chapter does not provide a historical account of the war. Instead, it offers a series of voices, representing the Canadians involved in the Republican Front during the conflict. Volunteers, medical staff, poets, fundraisers, and journalists all speak to the urgency of the Spanish conflict and why it resonated across the ocean: famous Dr. Norman Bethune describes the innovative process of blood transfusion; La Pasionaria cries out Spain’s needs to eager Canadian advocates; poets speak of Spain as a metaphor for Canada’s depressed and oppressed. For those new to the subject matter, Canadians’ engagement with the war raises questions. Faced with the economic crisis and the impending Second World War, what would compel Canadians to commit themselves to Spain? Livesay argues for the Spanish Civil War’s significance in Canadian history, first through the textual space of the chapter, and then through the polyvocality of its contents.

Cary Nelson uses the term “poetry chorus” to emphasize “community and continuity in the collective enterprise of progressive poetry” (3). In Right Hand Left Hand, Livesay curates a similar chorus—a collection of fiercely political voices, real or fictional, who bring their energy and passion to their communities. Livesay offers many versions of what resistance and community building look like. Livesay catalogues hundreds of political gestures that interfere in the status quo and that work towards a better world: a woman reaches across class divides to comfort a neighbour; labourers contribute their meagre income to support striking comrades; artists craft narratives that expose state violence. People resist locally and internationally, with their money, their time, their imaginations, and sometimes their lives. Solidarity is made visible, is questioned, doubted, and ultimately, affirmed. The end result is that the war in Spain doesn’t seem so remote or futile. Is there a difference between supporting your neighbour down the street, across the mountains, or across the sea? Is it worthwhile to make these distinctions?

Right Hand Left Hand ends with a photograph of Jean Watts, one of Livesay’s closest friends. The photo, captioned “Jean Watts Lawson marching off to war,” shows Watts in uniform—she enlisted in the Canadian Women’s Army Corps during the Second World War. It wasn’t her first war; Watts participated in the Spanish Civil War as a journalist, radio broadcaster, censor, ambulance driver, and with Norman Bethune’s blood transfusion unit. Before the war, she was an active member of Canada’s Workers’ Theatre, and funded New Frontier, the leftist magazine where much of the poetry of the Spanish Civil War first appeared. Her image sums up this ambitious book: she was central in Livesay’s personal life, in Canada’s cultural scene, in leftist politics, and in the Canadian war effort. She fought fascism on so many fronts. She built communities and cultural infrastructure. 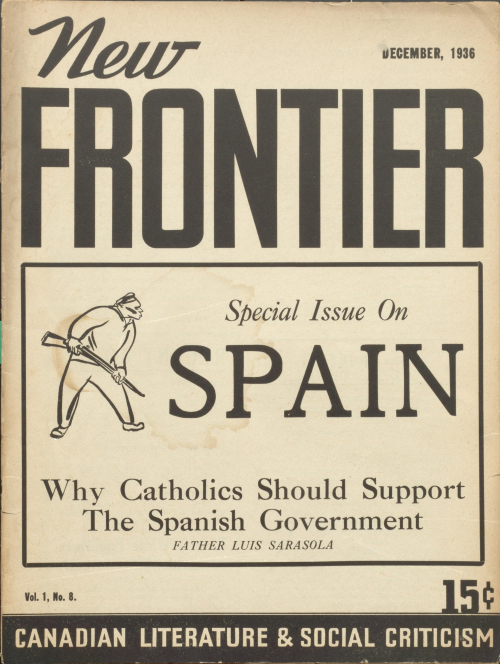 Her determined figure provides a hopeful counterpoint to Livesay’s text, which ends on a heart-wrenching reminiscence of the bombing of Hiroshima. In recovering Right Hand Left Hand, I strive to recover the Canada that cared so deeply about the people of Spain, and the Canada that worked and wrote and fought towards alternatives to capitalism and fascism. I strive to recover Livesay and Watts together—two fierce women who contributed to their communities in very different but equally necessary ways.

Posted by Mercedes Aguirre at 10:03 AM