The 89th Academy Awards are almost upon us, and Natalie Portman has received a nomination in the best actress category for her portrayal of Jacqueline Bouvier Kennedy in the film Jackie (2016, Pablo Larrain).  An unflinching portrayal of the first lady in the traumatic days following the assassination of her husband, President John Fitzgerald Kennedy, Jackie asks what it means to be a woman in a public position of power.  Given the office’s lack of definition, this is an especially pertinent question for a first lady who has to learn to balance the role’s often unsolicited obligations and public exposure, and to negotiate the distinction between her own personal and political identity and that of her husband.[1]

In Jackie we are shown how Bouvier Kennedy reshaped the role to her interests, taking on responsibility for the preservation and restoration of the White House as a historic building, and introducing cultural activities into the Presidential calendar. 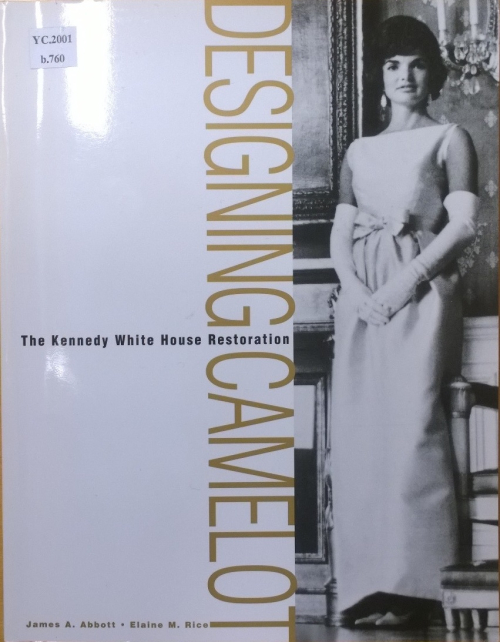 While these are now considered to be standard responsibilities of the office, she was on the receiving end of contemporary criticism as some considered these activities to be a misuse of public funds.  However, Bouvier Kennedy was by no means the only first lady to interpret the role in this light.  Indeed, one of the most popular first ladies in American history, Dolley Payne Todd Madison, was appreciated precisely because she infused the role with non-partisan nationalist sentiment at a precarious moment in the young nation’s history – the War of 1812.

As official host for receptions in Jefferson’s White House during her husband’s tenure as Secretary of State, Dolley Madison assumed the position with substantial prior experience and a higher public figure than her predecessors and many of her successors.  Such was her popularity and profile that James Madison’s political opponents complained that they had to “run against both the Madisons.”[2]  Once her husband assumed the Presidential office, together with White House architect Benjamin Latrobe, Dolley took on the project of decorating and furnishing the bare building to a standard designed to impress foreign dignitaries.  Believing her role to be one of public service to her husband’s citizenry, she mastered the ceremonial and social aspects of the position.  She placed substantial weight on fashion, and dressed in a manner that demonstrated a keen understanding that her public presentation would help her to forge an independent identity and, at official occasions, also reflect positively on the nation. 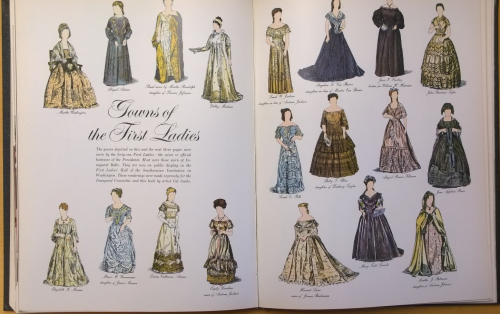 It is perhaps unsurprising, then, that Dolley Madison organised the first inauguration ball.  Additionally, she expanded activities in the White House to include a weekly formal banquet, and a regular informal gathering at which political colleagues with opposing views were able to meet and converse socially outside the restrictions of their office.  Much praised for her diplomatic manner, social grace, and non-interference in political matters, by the time of their departure from the position, she was widely referred to as ‘Queen Dolley’.

The esteem in which she was held, and the political influence she had, is perhaps most visible post-mortem.  Under the refrain “Liberty and union, now and forever, one and inseparable” the notice of her death published in The Daily National Intelligencer reveal quite clearly how traditional feminine values were aligned to the virtues of nationalism: “she continued until within a few weeks to grace society with her presence, and lend it those charms with which she adorned the circles of the highest, the wisest, and best, during the bright career of her illustrious husband.  Wherever she appeared, every one became conscious of the presence of the spirit of benignity and gentleness, united to all the attributes of feminine loveliness.”[3]  Much like for President Kennedy, her funeral was attended by political and Military and Navy officials including the President and the Cabinet, and included a “very large and imposing” funeral procession through Washington to the Congress Cemetery.[4]  Dolley Madison’s funeral remained the only instance of a woman’s funeral being treated as a state occasion until Rosa Parks’ lying in honor ceremony in the Capitol Rotunda in 2005.

The parallels with Bouvier Kennedy’s approach to the office are clear and, given the latter's keen sense of history, occasion, and public duty it is conceivable that she drew on Madison’s legacy although perhaps not consciously.  At no point were these underlying tenets more visible than in the four days following the assassination of her husband, and particularly at his state funeral. 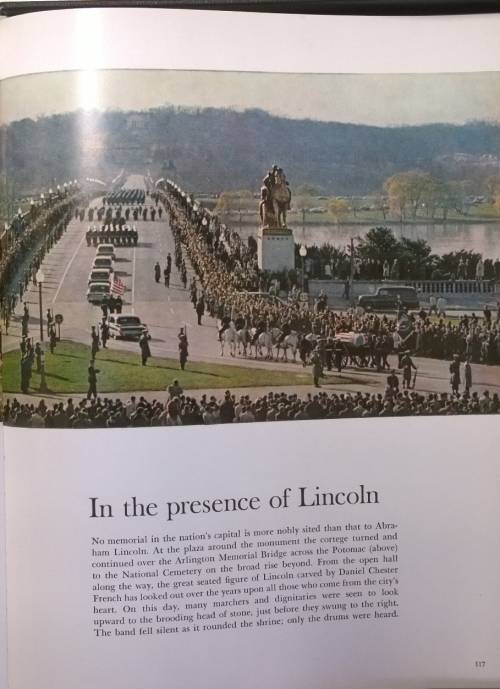 A Catholic who had experienced personal loss and with a respect for the healing power of ritual, a journalist by training, a fashion icon, and instilled with a rich appreciation for the arts, Bouvier Kennedy had a heightened awareness of how the performative and visual aspects of the state funeral ceremonies would be received.  Drawing on these strengths, she challenged military protocol, political will and the Kennedy family in order to achieve her vision for her husband’s final rites.  By marshalling the collective manpower of her husband's political allies to carry out her instructions, and with whom she had forged loyal and useful political relationships, she assumed her position as iconic mourner-in-chief for the nation. Of course, the category of 'widow' has a similarly weighted set of gendered expectations around social decorum, and carries inflections of motherhood.  In this respect, and as cultural critic David M. Lubin has pointed out, Bouvier Kennedy had a 'neoclassical aura' at the funeral. [5]  Larrain captures and explores these connections in the most interesting scene in Jackie: on a mixture of tranquilisers and alcohol the clearly traumatised widow Kennedy wanders through the now desolate rooms of the White House she redesigned, alternating between her many ballgowns to the soundtrack of ‘Camelot.’  It is a powerful anti-montage that deconstructs the foundations upon which the former First Lady built her identity.  In doing so, Jackie examines the constraints of femininity and inter-dependent subjectivity that are imposed on first ladies and more broadly women in public positions of political power, and enquires what this means for our understanding of American nationalism. Posted by Mercedes Aguirre at 2:37 PM