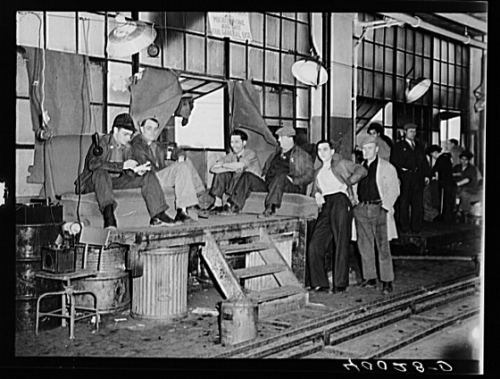 It is almost impossible to over-estimate the impact this recognition had upon both the unionisation of the American automobile industry and the labour movement across the United States.

In the early years of the Great Depression, increased workloads and cuts in pay were commonplace across the auto industry. In 1935, the average auto worker’s income was barely half that deemed by the government to be a minimum for a family of four. The following summer, hundreds of workers died in Michigan auto plants due to the heat wave and on-going poor working conditions. Theoretically, such conditions made these plants ripe for union organisation. However, strikes in 1930 and 1934 had been viciously broken up by the Flint police, aided by company informers; indeed, GM paid $839,000 for detective work in 1934 alone (1).

In 1935, the passage of the National Labor Relations Act – which legalised strikes – invigorated the Congress of Industrial Organizations' efforts to unionize industrial plants across the US. The following summer, UAW officials unaffiliated with existing (GM-infiltrated) locals began organising in Flint – an audacious plan, given it was essentially a company town; yet, they recognised the pay-off could be enormous. To avoid detection, they met with workers in their own homes and encouraged them to join; many did so. General Motors’ reaction was swift. On 29 December union leaders learned that over the New Year’s holiday the company planned to remove the huge and vital ‘dies’ used to make car bodies. If this happened, cars could be made elsewhere, thereby weakening the union’s strategic position. Recognising what was at stake, the workers refused to leave the plant.

The next 44 days were unprecedented in the history of American labour. Inside the plant, the workers organised themselves into committees for cleaning, defence, entertainment and exercise, while supporters outside brought them food and supplies. 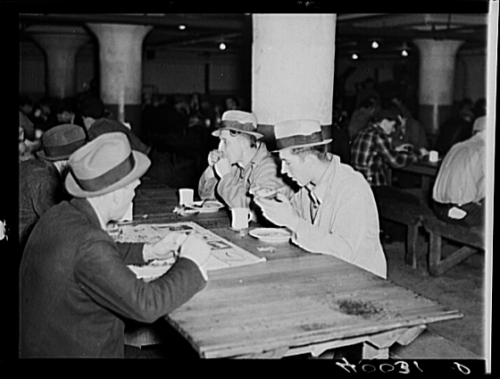 Finally, on 11 February 1937, GM signed an agreement recognising the UAW, and agreeing not to discriminate against those workers who had struck. The following year, nearly one-hundred sit-down strikes took place in auto plants across the country; UAW membership rose from 50,000 to 300,000; and auto worker wages rose by as much as 300%. This historic sit-down strike presaged a decade of intense union activity across American industry, and an extraordinary improvement in the lives of ordinary workers.

The British Library holds a wide variety of materials documenting the labour movement within the United States, including: reports, newspapers and recruiting pamphlets by individual unions, the CIO and the American Federation of Labor (AFL); Congressional hearings, reports, and federal legislation; publications by political parties, including the Socialist Party and the Communist Party of America; and reports by civil rights organisations. Additionally, the rise and activity of the unions may also be documented through our extensive collection of American newspapers, secondary sources, and electronic databases. 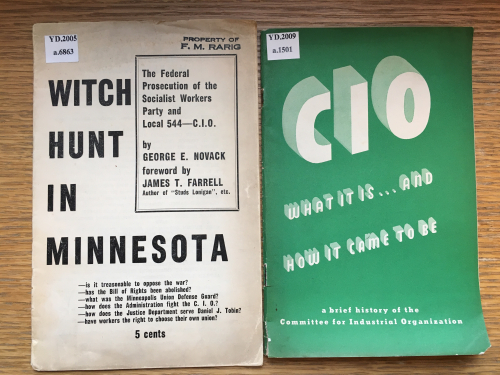 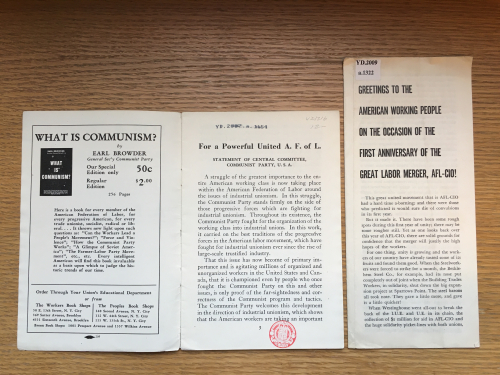