Resources for Film Studies and Movie Merchandising in the British Library

In addition to its enormous social and cultural impact, the American movie industry is big business with its films and associated merchandising generating annual multi-billion dollar revenue streams. Despite its modern pre-eminence however the origins of the movie merchandising industry remains obscure. The British Library may be situated several thousand miles away from the glitz and glamour of Hollywood, yet its varied collections contain significant material for those interested in film studies and the history of movie merchandising.

In nineteenth century Europe the postage stamp medium was adapted for non-postal purposes by businesses to create a new advertising medium known as poster stamps since they are essentially mini advertising posters.  This advertising format spread to America and at its height prior to the First World War, collecting poster stamps actually eclipsed philately as a hobby with hundreds of thousands of them being issued to commemorate events and sell products.  In 1913 designers Oscar Wentz and Winold Reiss emigrated from Germany to New York hoping to make their mark on the American advertising industry.

By 1914 Wentz and Company had signed contracts with most of the major movie studios to provide poster stamps depicting actors, actresses and serial movies. Designed by Wentz and Reiss, these were to be sold with accompanying albums by the movie studio to cinema owners, who would sell them or give them away as promotional material to entice audiences back each week. The Campbell-Johnson collection in the British Library’s Philatelic Collections possesses sixty one poster stamps produced by Wentz and Company as well as others depicting prominent actors and actresses from the silent screen. 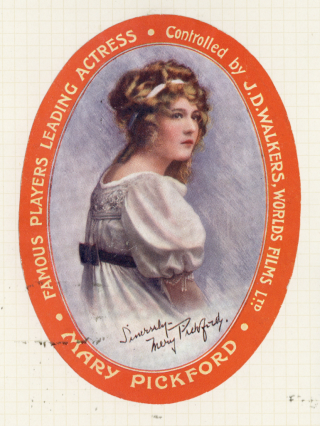 Another notable individual depicted in the poster stamps manufactured by Wentz and Company is Mae Marsh (1895-1968) one of the greatest actresses of the silent cinema who received critical acclaim for her role as the little sister wearing a fake ermine dress in D. W. Griffith’s infamous and controversial civil war movie ‘The Birth of a Nation’ released in 1915. 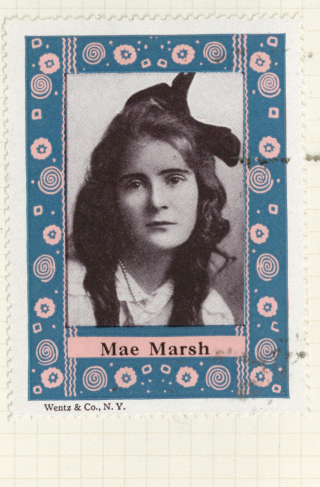 Cowboy and Western movie aficionados will also find images of interest including depictions of G. M. Anderson aka ‘Broncho Billy’; (1882-1971) widely considered the first cowboy movie star. Appearing as Broncho Billy in around 400 early films including the Great Train Robbery in 1903 and the Bandit Made Good in 1907, Anderson’s contribution to cinema was recognised by the Academy in 1957 when he was awarded an honorary Oscar. 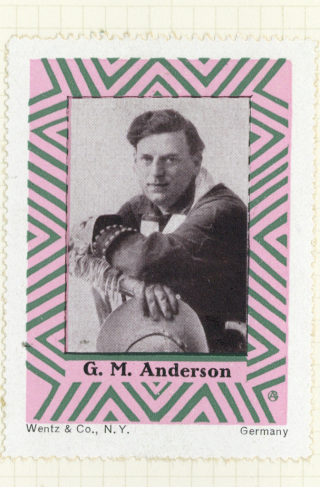 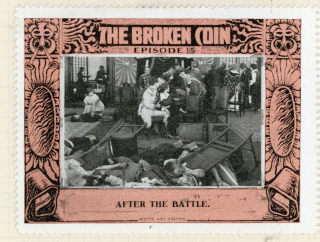 Poster stamp depicting a still titled ‘After the battle’ from episode of 15 of the Broken Coin manufactured by Wentz and Company, 1915 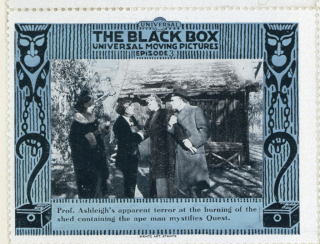 Poster stamp depicting a still titled ‘Professor Ashleigh’s apparent terror at the burning of the shed containing the ape man mystifies Quest’ from Episode 3 of the Black Box manufactured by Wentz and Company, 1915 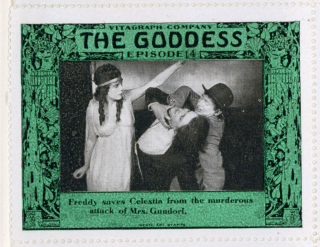 Poster stamp depicting a still titled ‘Freddy saves Celestia from the murderous attack of Mrs. Gundorf’ from Episode 14 of the Goddess manufactured by Wentz and Company, 1915.

In addition to poster stamps, the British Library’s printed book collections also include a range of early twentieth century novels which had been adapted into movies and published to accompany the film.  An excellent example related to the poster stamps just referred to is Edward Phillips Oppenheim’s novel ‘The Black Box’ published in New York in 1915. 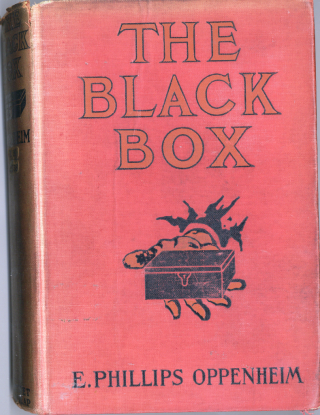 Included within the work are thirty one stills from the film series which along with the text offer further insight into the structure, narrative and cinematography of this lost silent movie. 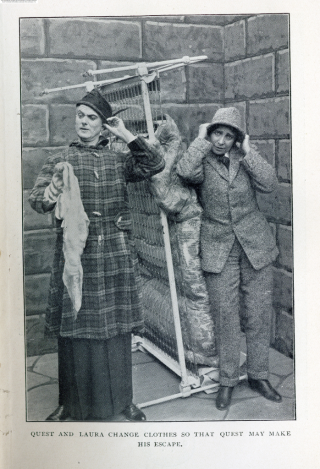 Movie still captioned ‘Quest and Laura change clothes so that Quest may make his escape’ taken from the movie The Black Box and published in the accompanying novel.

Another significant body of material with the library includes song sheets and music books some of which were popularised by famous movies. A notable example from amongst the library’s collections includes the sheet music composed by James Brockman for the 1916 movie series the Girl from Frisco, a twenty-five part series starring the Latina actress Marin Sais (1890-1971) centring around the activities of a cowgirl dispensing justice and humanity in the old west. 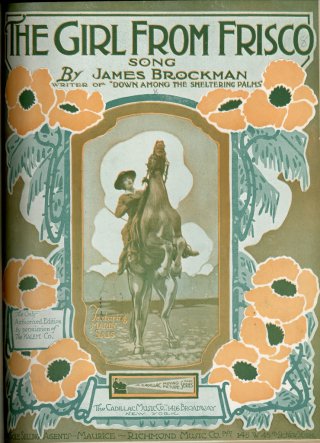