I recently had the great pleasure of spending time at the George Washington Library at Mount Vernon, where I both researched for my new book on Benjamin Franklin –  the subject of my Eccles Centre Makin Fellowship – and contributed some new material to the  George Washington Digital Encyclopaedia.  Another joy of Mount Vernon is the house tour.  This is not just because of the interest of the house itself and the glory of its position overlooking the Potomac, but also due to the warmth of the regard of the American visitors for Mount Vernon’s most distinguished owner. The Americans are proprietorial in the nicest possible way: not nationalistic, but personal.  Stories about Washington abound, as they talk of him as a greatly-admired ancestor.  That of course, as the “Father of his Country”, is what he is.

Washington is seen as part historic figure and part icon.  Emanuel Leutze’s painting ‘Washington Crossing the Delaware’ depicts a general truth above individual details. Certainly, the actual boats used in Washington’s famous river crossing were more steeply sided and higher in the water.  The ice in the river did not resemble arctic icebergs and even the men’s clothing was rather different.  However, the portrait was painted as a propaganda piece, three quarters of a century after the event, by a German American who hoped that the campaigners for reform in  the country of his birth would take inspiration from America’s own liberation.  Yet it is the iconic image of Washington that grabs the attention – and rightly so.

The image is iconic because the Washington characteristic that the Leutze portrait conveys so strongly is his leadership. Washington’s solid stance and foot thrust forward dramatically reflect his  ability to inspire. He is the still calm centre of the painting, anchoring the frenzied activity of all those moving urgently around him, while serving his and his new nation’s purpose in mounting a hazardous raid following a succession of defeats.

The success of the crossing, and victory in the Battle of Trenton that followed, rekindled belief among the American patriot forces and provided a turning point in the War of Independence. The key to Washington’s success was that he was able to withstand  that run of defeats and to appear steadfast until the tide of the war turned, when Benjamin Franklin secured the support of the French and when the Battle of Yorktown was won.  The authority Washington  gained never left him.  It served him well as President of the Constitutional Convention:  he was crucial in reconciling the substantial differences between the States.  It perhaps latterly served him too well, as he was persuaded to serve a second term as President and reluctantly but dutifully did so.

It is partly that sense of Washington’s authority that accounts for some of the appreciation of him by those visitors to Mount Vernon, but there is more to it than that. Like the Roman general Cincinnatus, he gave up retirement on his farm to take up arms and return to public service once more.  Unlike Cincinnatus he was unable to return to private life after a season, but had to wait for more than quarter of a century before he could finally, and gratefully, do so.  He thus astounded the   European monarchs who expected him to be like them and to die in kingly state.    The Cincinnatus story was well-known at the time, hence the foundation of the Society of the Cincinnati, an organization for officers who served in the Revolutionary War, with Washington as its first President.  But that was in 1783, well before Washington became President of his nation.

It is perhaps the fact that Washington was determined to limit his power as President that is responsible for his reputation today. This was made clear by his actions, but the key to his approach is outlined in the most precious book in the George Washington Library -- one acquired by the Library at vast cost and added to their already extensive collection of George Washington’s books.   It is Washington’s own copy of The Acts of Congress including the United States constitution, marked up with his own notes on what he was empowered and not empowered to do.  It is evidence of a very happy conjunction of man and measures and why, both in America and around the world, there are so many statues to Washington and constitutions based on the American model.    It is also, of course, an important ongoing guide to executive action for his successors as President. 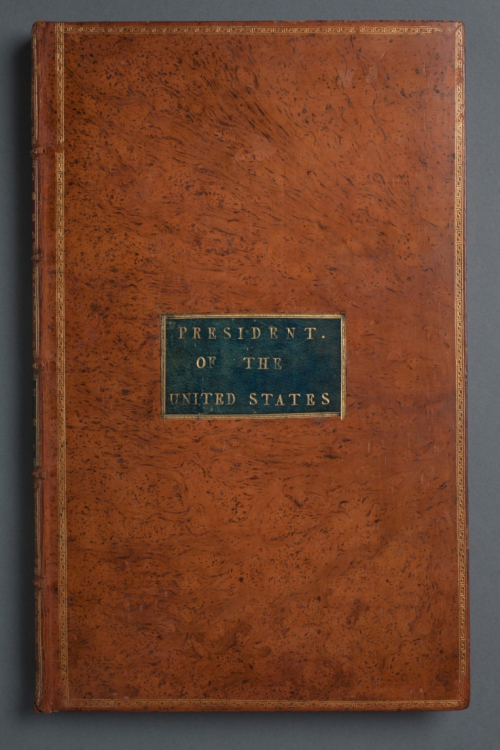 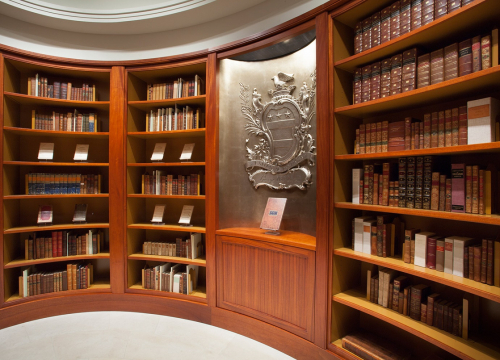 The Rare Books Vault at the Fred W. Smith National Library for the Study of George Washington at Mount Vernon with The Acts of Congress in pride of place. The Library, opened in 2013, is centred around the books and legacy of George Washington, every bit as much as the British Library has the Library of George III, Washington’s great opponent, at its centre. 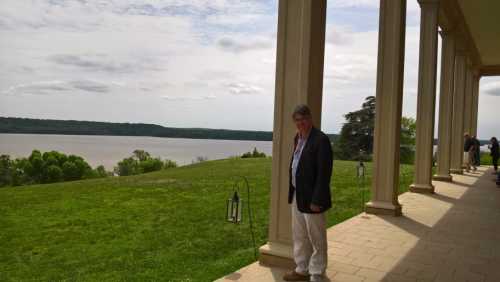 Further Reading at the British Library:

Posted by Mercedes Aguirre at 8:58 AM