Franklin and Jefferson – An Understanding that Crossed the Generations

I was fortunate that April was the chosen month for my recent Fellowship at the Thomas Jefferson Foundation, because 13 April is the day when Mr Jefferson’s birthday is warmly celebrated at his home at Monticello. There are speeches, awards, a marching band and even a vast birthday cake.  Monticello is open every day of the year bar Christmas Day and runs a host of public events.  Two days though are particularly special: 13 April, known as Founder’s Day as it also marks Jefferson’s foundation of the University of Virginia; and, twelve weeks’ later, the Independence Day celebration of 4 July. 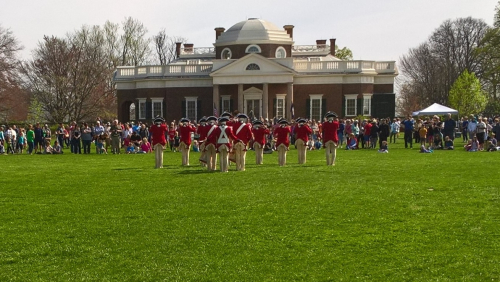 Jefferson has long been recognised as the chief and near total author of the Declaration of Independence. It was not always thus. The committee given responsibility for drafting the Declaration was one of five people: John Adams of Massachusetts, Benjamin Franklin of Pennsylvania, Thomas Jefferson of Virginia, Robert Livingston of New York, and Roger Sherman of Connecticut.  The resulting Declaration was deemed, at the time, to be a collaborative effort of the five men and Jefferson’s true role was not recognised until the 1790s. It was then revealed that the other four  had delegated the drafting to Jefferson and that Adams and Franklin had only seen his work at its final stage. As to their comments, Adams later wrote that ‘I do not now remember that I made or suggested a single alteration’[1] and  Franklin proposed the substitution of  just a few alternative words and phrases, although one of these was to prove extremely consequential. 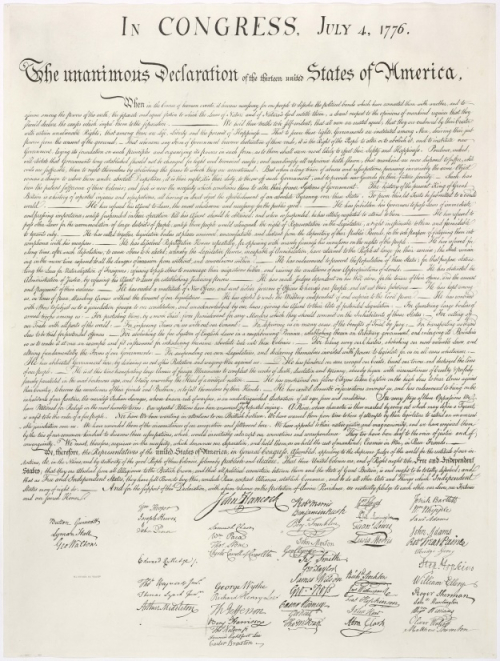 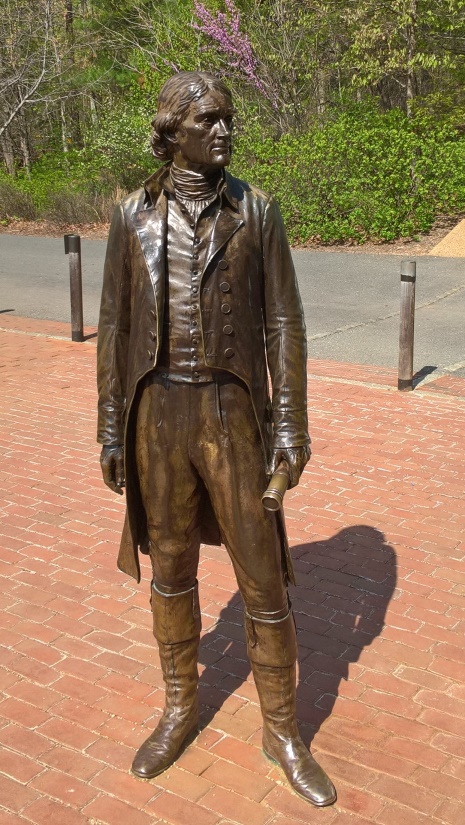 The multi-talented Benjamin Franklin liked to describe himself as, first and foremost, a printer.  That description preceded all others in his last will and testament.[2]   Part of Franklin’s success as a printer was that he was his own, brilliant, writer and editor.  That brilliance was common  knowledge and thus, when Common Sense was first published, it was assumed – as Thomas Jefferson  later attested – that ‘Thomas Paine’ was a pseudonym for Benjamin Franklin. Some might therefore wonder why the authorial role for the Declaration was not given to the prestigious Dr Franklin, bearing in mind that he was then the most famous American in the world and a man of extraordinary intellectual ability.  It certainly was not because he was debarred from writing the Declaration because others feared he might include a joke!  That asinine schoolboy ‘myth’ was not ‘created’ until 1896 and was the result of a humorous article in Harper’s magazine. Franklin himself chose not to take the lead,  partly because Jefferson was a Virginian and Franklin believed that a representative from that colony should take charge, but also, more mundanely, because Franklin was not in the best of health. Most importantly, though, it was because Franklin had already seen the quality of Jefferson’s writing in publications such as A Summary View of the Rights of British America.

Like Franklin, Jefferson was not an orator but a master of the written word.  Franklin, recognising this, merely suggested a few deft editorial tweaks to the Declaration.  One of these small changes was, however, to prove exceptionally significant.  Franklin proposed  that ‘We hold these truths to be sacred and undeniable’ should be replaced by ‘We hold these truths to be self-evident’, and with a remarkable sleight of hand he instantly created the Declaration’s most important and best-known element. This substitution neatly took God out of the equation and created the basis for a secular state based on rationalism rather than religious justification.[3]   It was a fundamental change with immediate consequence for America and with future ramifications for the entire world.

Jefferson did not hesitate to take up Franklin’s suggestion.   There was a great deal of respect between the two men who had much in common.  The age gap of thirty-seven years was easily bridged. Their written reflections of each other show that their mutual admiration was bolstered by affection.[4]   Each was an autodidact who had been fascinated from an early age by philosophy and science.  As well as being men who had a brilliant command of the written word, they were both inventors, with Franklin, in particular, renowned for the electrical experiments and invention of the lightning conductor that had led Immanuel Kant to describe him as ‘The Prometheus of Modern Times’.  Amongst the greatest influences on the young Franklin were Francis Bacon, Isaac Newton and John Locke and he took inspiration from them into his adult life.  Indeed, such was Franklin’s respect for Newton that the bust in David Martin’s 1766/7 portrait of Franklin (below) is of Newton. 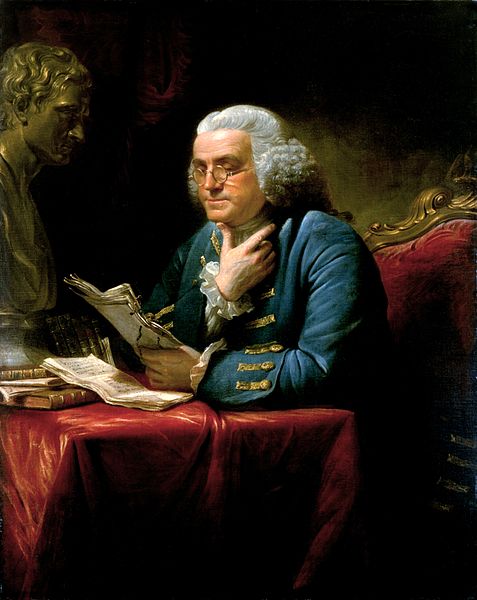 Bacon, Newton and Locke  were also extremely important  influences on Jefferson.  The evidence for this can be seen in one glance in the parlour at Monticello.  There, in pride of place on one side of the door are portraits of these three great men.  They are balanced on the other side by another person who inspired Thomas Jefferson  and who deserved to be among  such exalted company -- that someone being, of course,  none other than Benjamin Franklin. 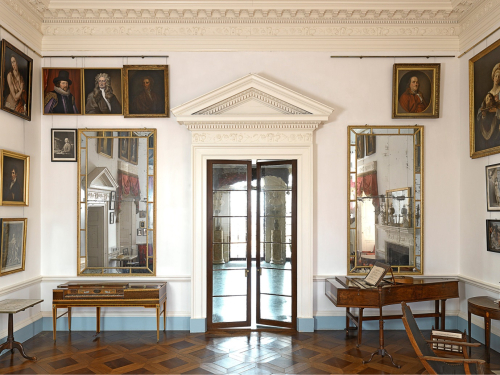 Further Reading at the British Library

Andrew O’Shaughnessy, The Men Who Lost America: British Command during the Revolutionary War and the preservation of the empire (London, One World, 2013) [YC.2013.a.14413]