Outside the Segar & Snuff Parlour in London’s Covent Garden you can see a Scotsman advertising tobacco. 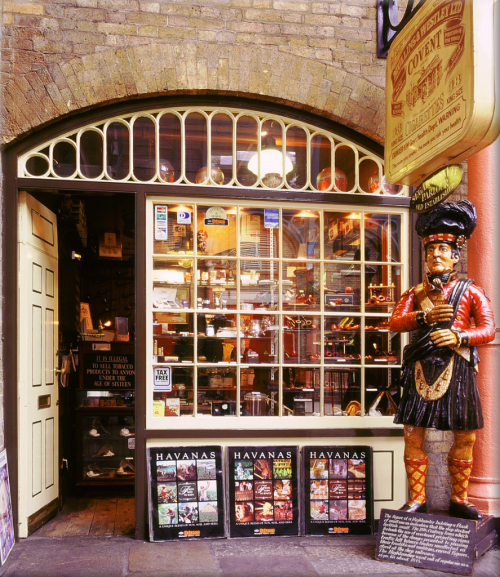 The inscription says that a Highlander sculpture was traditionally used by tobacconists to indicate that they had Scottish snuff.  An act of 1762  forbade signs overhead because of damage to passing traffic, hence the use of such figures.  It says the Highlander went out of use around 1845.

I wonder if he’s a Europeanised version of the Indian, sporting a headdress and skirt of tobacco leaves.

As we see in Joannes de Laet’s Novus orbus seu Descriptiones Indiae Occidentalis (Leiden, 1633) (BL, 146.g.10).  This belongs to a time when the Dutch were building an empire in Brazil. 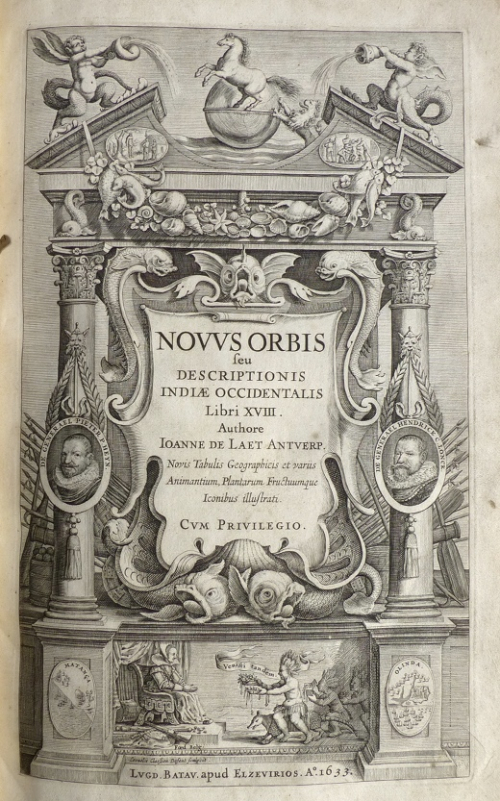 Here we see a personified Hollandia receiving tribute from an Indian, accompanied by his armadillo and dressed in tobacco leaves.  He greets the Dutch: ‘Veniste tandem’ (You’re here at last).

The Portuguese defeated the Dutch at the Second Battle of Guarapes in 1649; Holland held on to Surinam until it gained full independence in 1975.

The iconography of the tobacco-wearing Indian goes back to the early days of the Portuguese in Brazil.  Indians are pressed into service as devils in a painting in the Museu Nacional de Arte Antiga in Lisbon.

And in York he’s employed in selling tobacco. 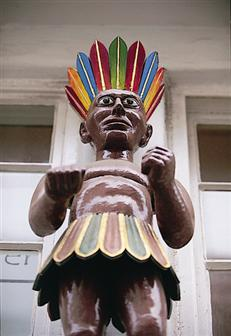 His tobacco skirt was easily transformed into a kilt.