Our current Russian Revolution Exhibition and today’s conference focused on Russia in American literature got me thinking about the ‘50s and what a bad rep the decade has suffered from in many ways. Rather than the stereotypical white nuclear family image that has so long dominated mainstream narratives about the 1950s it is clear that the 1950s in the U.S. were actually dynamic times, filled with civil rights struggles, and musical and artistic experimentation. Significantly this is not just true for the U.S. but many other countries in the Americas, take Cuba for example whose revolution in 1959 changed the political and social landscape of the globe forever. And in Brazil artistic experimentation reached new heights just as the U.S. attempted to strengthen its grip on the region in the post WWII era. One movement in particular that has had a lasting and far reaching impact on the world of poetry, social criticism and the visual arts is the “Concrete Poetry” movement of Brazil. One of the fundamental tenets of the movement was that revolutionary poetry must also revolutionise the form of poetry. 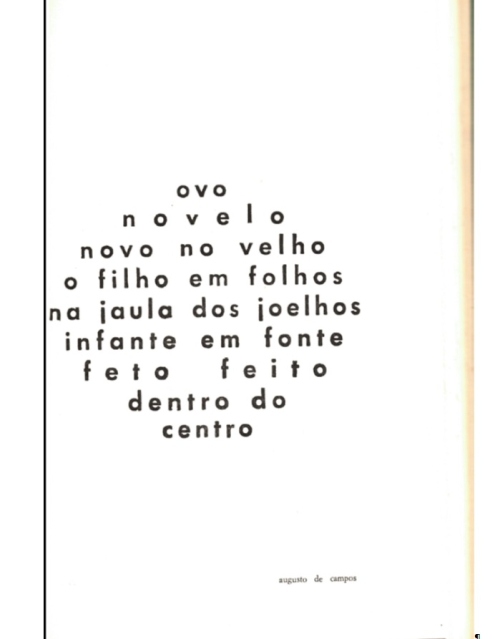 The British Library has a strong collection of concrete poetry materials from Brazil, including original publications by Augusto de Campos. The below example of de Campos’ work was an entry in the very first Brighton Arts Festival held in 1967. 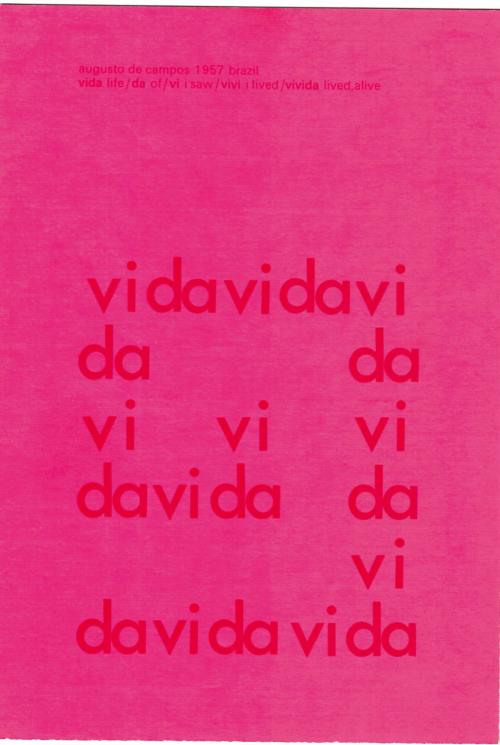 To come full circle, you can see echoes/traces/ghosts of the radical and experimental Russian poets of the early 20th century, such as Vasily Kamensky, in the works of Augusto de Campos and others. The concrete poets were part of a long line of artists who asked the world and themselves about the relationship among form, content and social critique. And these questions live on of course, perhaps now more than ever, in the age of social media.

Posted by Elizabeth Cooper at 3:34 PM