From 18th century to our days

Undoubtedly philosophers are in right, when they tell us that nothing is great or little otherwise than by comparison… [1]. 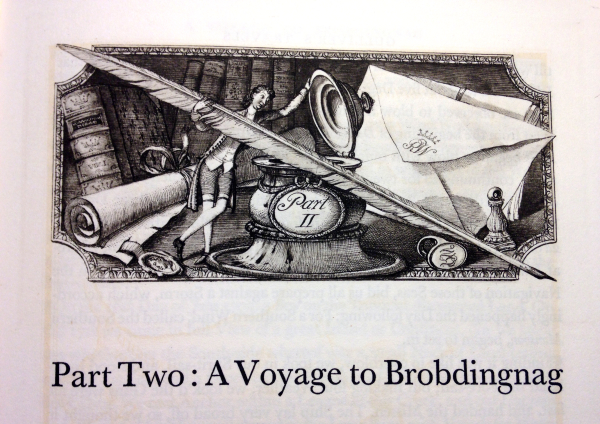 As I continued my research on miniature books, I felt as Gulliver arriving at Brobdingnag, a little creature discovering a gigantic world, and assuming that the books world itself is a vice-versa dimension depending on how you look at it: what is a book but a tiny object in comparison to what it can actually contain?

In the first part of the journey, the leitmotif of the narration was to investigate the origins and meaning of the miniature books world, discovering that they were not only as old as their standard size counterpart, but were also responding to practical necessities.

Coming closer to our times, there has been a decisive peak in the production chart of Lilliputian books between the 18th and 19th century, when a profound love for small books is registered amid American and European publishers.

Some of the most prolific printers and publisher, for example, were Mein and Fleming in Boston, Isaiah Thomas in Worcester, Mass., Mahlon Day and Samuel Wood in New York, with a substantial counterpart in United Kingdom with Elizabeth Newbery and her successors and imitators in London, and in France with the Parisian J. B. Fournier. During this period, miniature books became increasingly popular in America, a historical moment also known as the “Golden Age” of minute print production [2], particularly thanks to a fruitful market demand of miniature chapbooks and almanacs [3]. The invention of lithography, the industrial revolution, and the improvement of railways and postal services have played a decisive role in increasing the production and distribution of miniature books [4]. 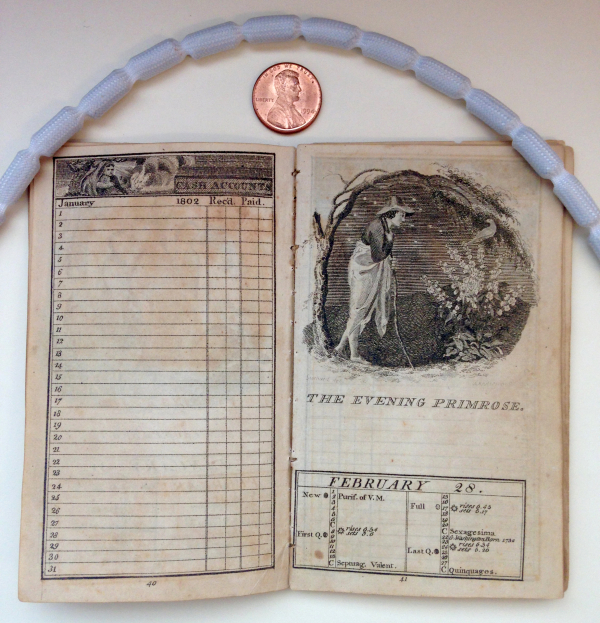 The same rise in circulation is ascribable to the many series editions of Children’s books. At the end of the 18th century, the editorial production for children was strongly fuelled by the theories of Jean Jacques Rousseau, who argued that the main aim of education was to develop the natural man, which promoted the study of natural science. Therefore a proliferation of miniature books dedicated to biology, astronomy, geography, ethnology, and political economy, is recorded in the last quarter of the century.

At the start of the 19th century, there is a marked decrease of publications following this didactic trend, with a move towards works influenced by the theories of Friedrich Fröbel, a German pedagogue who claimed that the education of tender minds also needs to contemplate imagination and daydream. As a result, fairy tales and fables were produced for young public in the miniature form [5].

An example of this latest educational trend is offered by two miniature chapbooks belonging to the American Collection. The first, Pretty Stories for Pretty Children is one of the fruits of the long life stationary store in Newark, New Jersey, of Benjamin Olds. Active from 1816 to 1865, Olds’ workshop published three series of the twelve-book set Cobb’s Toys (8, 10, 11), making the 1835 edition the first miniature series produced in New Jersey, followed by a successful second series [6]. 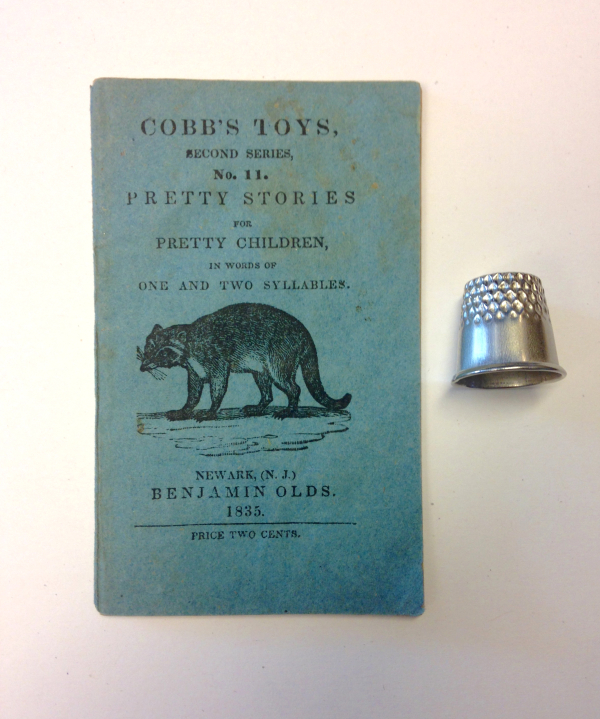 The second sample, The Christmas Dream of Little Charles, is the product of the Kiggings and Kellog’s stationary, a very well established firm specialised in children’s books with two prolific printing presses active in New York from 1849 to 1866 at 88 John Street, and at 123 and 125 William Street [7]. 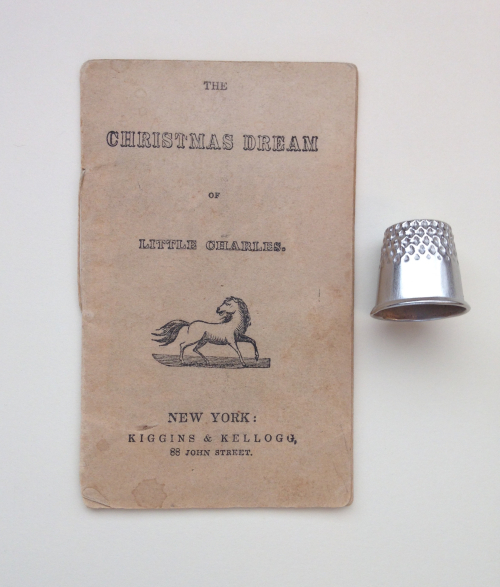 In the early years of the 20th, century the interest in miniature books has continued, offering new available subjects for renewed demands. The Bible, the Child’s Bible and the Koran were generously printed by Americans and Europeans to be spread all around the world. However, the new trend was surely a mass distribution of travel books and dictionaries. For example the edition of thousands of tiny dictionaries, in all possible combinations of European languages, published by Schmidt and Gunther of Leipzig in the series Lilliput-Dictionaries, or their prolific Lilliput Bibliothek, proposing a complete reading of German classics such as Heine, Lessing, Goethe, Schiller and others. Both editions measure only 2 x 1 ¼ inches [8].

The mid-20th century continued on the track of the accurate production of proclamations, addresses, and presidential campaigns of the previous century. In this respect, particularly touching has been learning of the history of the Abraham Lincoln’s Emancipation Proclamation miniature edition. A million copies of the first complete book were produced with the intent to be distributed to Union soldiers and Southern slaves. Declaring freedom from slavery, it also invited “the free colored inhabitants of Louisiana” to join the Armed Forces against the Southern States [9]. 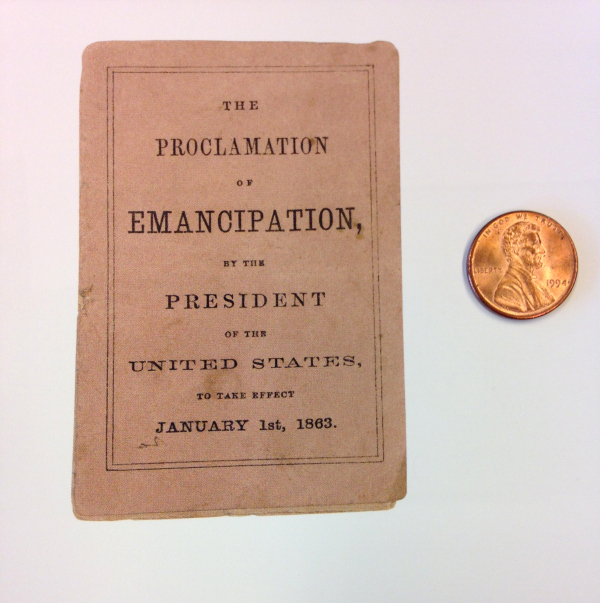 Acclaimed as one of the most outstanding contributors and dedicated amateur, Achille J. St. Onge has been a prolific producer of this refined genre. Starting his career as publisher of sophisticated editions of the inaugural addresses of American Presidents, beginning with Thomas Jefferson in 1943, he has also dedicated beautiful editions to Her Majesty Queen Elizabeth II [10].

The American Collection holds a very prestigious St. Onge sample edition, and one of his last creations. The addresses of her Majesty Queen Elizabeth II, delivered at Westminster Hall and Guildhall on the occasion of Her Silver Jubilee 1952-1977 (Worcester, Mass.: Achile J. St. Onge, 1977). 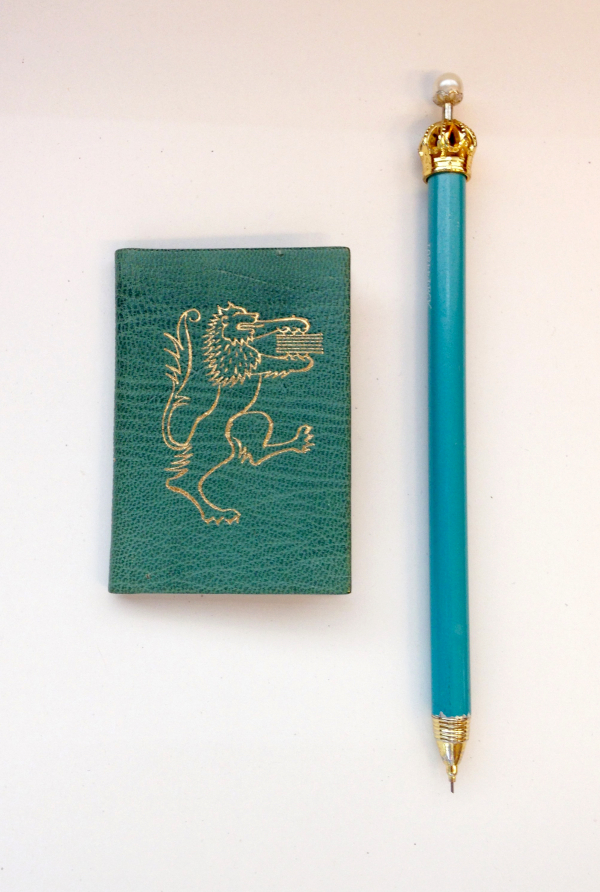 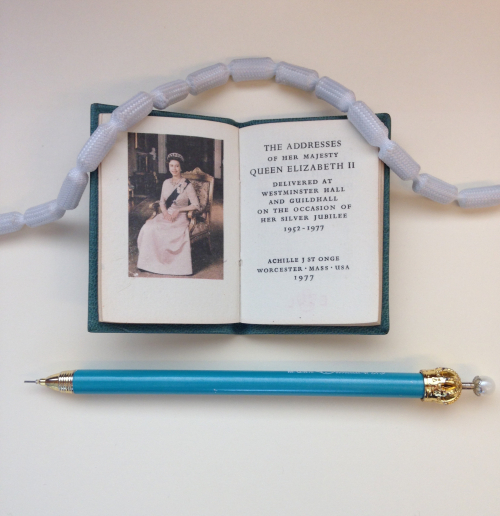 The addresses of her Majesty Queen Elizabeth II, delivered at Westminster Hall and Guildhall on the occasion of Her Silver Jubilee 1952-1977 (Worcester, Mass.: Achile J. St. Onge, 1977). “One special copy illuminated by Margaret Adams for presentation to Her Majesty the Queen”--Colophon. Measures 2 3/4 x 1 7/8 [in cataloguing process]

As we get more close to our days, the small but significant collection I am working on within the North American Collections, has also offered the occasion to explore modern manufacturing processes of the minute prints. Starting from the 1870s, the definition of miniature artists’ books began to have wider recognition. The art of book crafting together with poetry and design masterfully flow into a miniature container [11]. 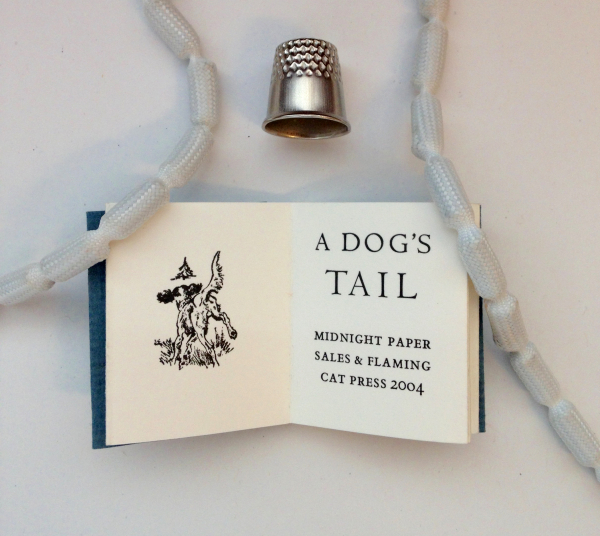 The latest decades are definitely witnessing a revival of the ancient art of book craft. A brilliant example of the art of making books by hand is offered by two of the most important contemporary miniature book-artists [12]. Peter and Donna Thomas met each other at an Elizabethan-themed market town in California where they were crafting books following the late Middle Ages typographical techniques, from handmade paper preparation to illustrations and bindings. Since the 1970s, the couple has documented the art of papermaking, and book crafting producing exquisite artist’s books containing fascinating historical topics [13]. 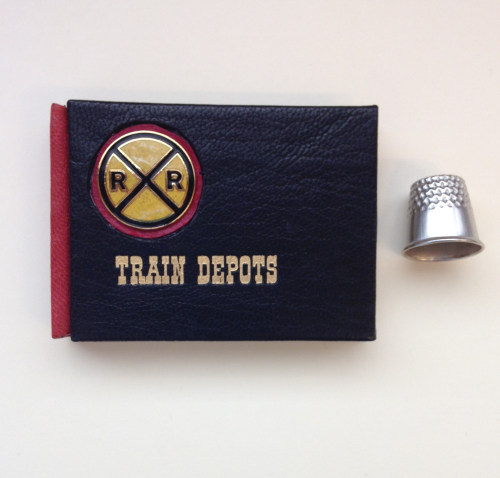 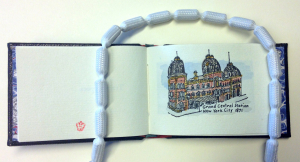 Very few other private presses have accomplished to the challenge of putting together the whole process of book creation (writing the text, preparing the colour illustrations, hand cutting and setting the types, hand making the paper, letterpress printing, and binding), “none have published more books that the Thomases”, which described their first years of art working as a learning experience involving a lot of practice [14]. 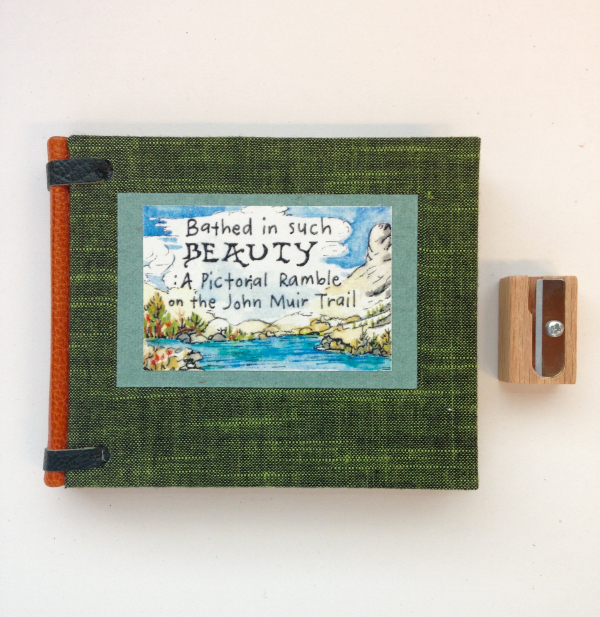 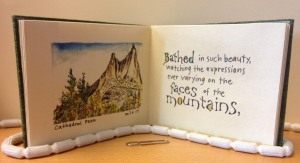 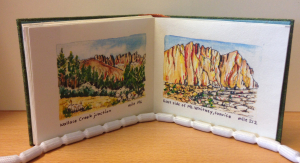 Donna Thomas, Bathed in Such Beauty: A pictorial Ramble on the John Muir Trail; with a quote by John Muir (Santa Cruz : Peter & Donna Thomas, 2016), measures 4 x 3 1/4 [in cataloguing process]

Annalisa Ricciardi is currently working as Cataloguer of the American Studies Collections. She is working on a heterogeneous collection of extraordinary interest and artistic value of American fine press and artists’ books, such as limited, numbered, and rare editions chronologically placed between 18th and 21st century.

Posted by Annalisa Ricciardi at 10:22 AM