In 1849, Sarah Royce left her Iowa home and set off with her husband and daughter for California. Reading Royce’s stoic memoir, A Frontier Lady (New Haven: Yale University Press, 1932; shelfmark: 010409.ee.40) I wondered how she really felt as she crossed America in pursuit of her husband’s dreams. My curiosity evolved in my second novel, which follows two women from Chicago to California during the Gold Rush. 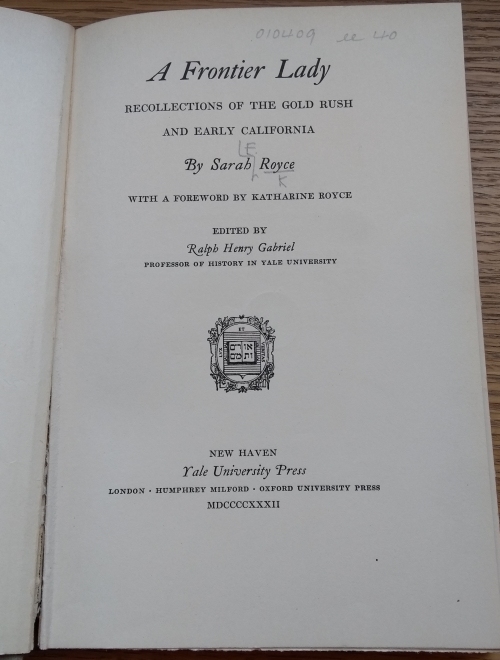 I’ve been studying first-hand accounts of other women who made that very journey—from the good-natured letters of Mary-Jane Megquier to the pessimistic journal of Mary Bailey. But though these accounts are often vivid, I’ve struggled to imagine the landscapes they describe—the blankness of the plains, the bitter waste of the desert, the steep green relief of the Sierras. So, with the support of the Eccles Centre, I decided to make the journey myself.

The California Zephyr train travels the 2,438 miles from Chicago to San Francisco. It broadly follows Royce’s route; but where Royce’s journey took six months, the train takes fifty-two hours. It was a thrill to watch scenery I’d previously encountered only in books—the lonely prairies, the great bloody sunsets, the strange sunken rivers of the high desert. 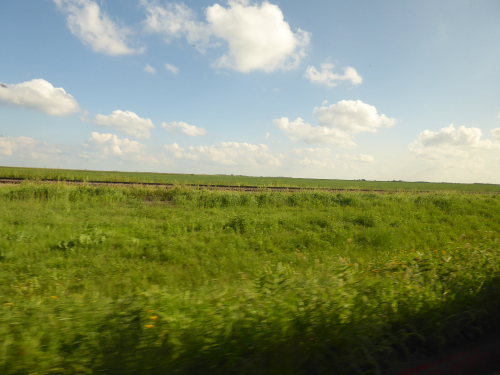 The prairies of Iowa. Image, author's own.

Seeing the landscape first-hand made a journey that was previously only an idea, a reality. And while I often encountered the unexpected—I hadn’t grasped that the trail was continuously flanked by mountains from the onset of the Rockies, nor had I anticipated that the Utah desert would look so like the moon—much of the landscape was as I had pictured it in the library. 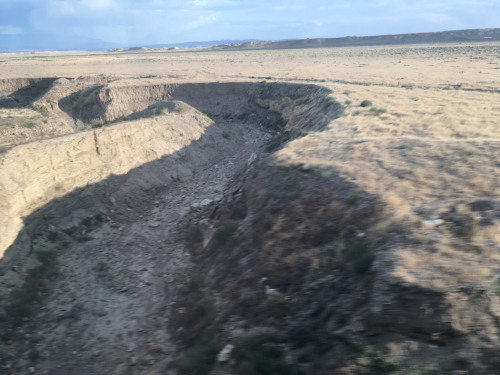 A sunken river in Utah. Image, author's own.

The trip was revelatory; but it also gave me confidence to write what I’d already imagined. For me, confidence is one of the most important outputs of researching fiction. As Zadie Smith said, “It’s such a confidence trick, writing a novel. The main person you have to trick into confidence is yourself.”

Hannah is a joint winner of this year's Eccles British Library Writer's Award. More information about this Award, and all of the Eccles Centre's activities, can be found at www.bl.uk/eccles-centre