LGBT activism and creativity in the Bay Area

This week marks the end of the Library's 'Gay UK: Love, Law and Liberty' exhibition.  In the wake of the 50th anniversary of the Sexual Offences Act which partially decriminalised homosexuality in England and Wales, the exhibition reflects on gay history in the UK from the trial of Oscar Wilde to the current day.  It is both a sober reflection and an inspiring account of the creativity and activism of gay people in the UK, and has led to a substantial reflection across Library blogs such as this post from Asian and African studies on LGBT writing in the Middle East, the sound blog's posts about the Hall Carpenter Oral History Archive, and this exploration of the literary aspects of the exhibition on the English and Drama blog.  As the exhibition drew to a close, it seemed timely to add the voice of the Americas to this.

A key concern of the exhibition is the UK gay rights movements, and the Gay Liberation Front's 1970 manifesto and collection of newsletters holds a particularly prominent position within this narrative.  The UK GLF was directly inspired by the US Gay Liberation Front which formed in the wake of the Stonewall Riots in New York.  Stonewall is rightly seen as a seminal moment in the worldwide Gay Rights movement, however it is best considered within a longer timeline of LGBT activism both on the East and West coast. 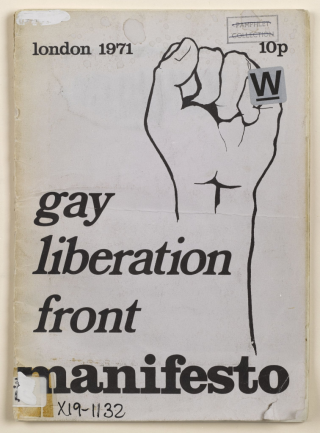 An earlier event in San Francisco has striking similarities with Stonewall: in August 1966, a riot broke out at Compton's Cafeteria after police tried to forcibly remove a transgender patron.  Some gay bars were tolerated in San Francisco following extensive negotiations by ‘homophile’ organisations with local police.  However, "cross-dressing" was still illegal and this provided a justification for police to raid and close establishments that transgender people frequented.  The Compton's riot was thus the culmination of years of harassment of drag queens, other trans and gay people.  The event has been called "the first known instance of collective militant queer resistance to police harassment in United States history" by Susan Stryker, a historian and director of a documentary about the riot, Screaming Queens.[1]

Protest, resistance, and social justice movements were particularly well organised in the city and wider Bay Area, including gay rights’ groups.  For example, the Society for Individual Rights formed in 1964 which opened a community centre and organised sit-ins; the gay youth group Vanguard established in 1965 and joined forces with a local church to peacefully protest establishments that refused service to LGBT people.  While the groups were focussed on gay rights, individuals made connections with other civil rights issues and shared tactics, a particularly interesting example of which were the links drawn with the Black Power movement.

The Black Panther party headquarters were across the Bay in Oakland.  In August 1970, co-founder of the BPP, Huey Newton, delivered a speech in which he challenged homophobia and misogyny within the party. 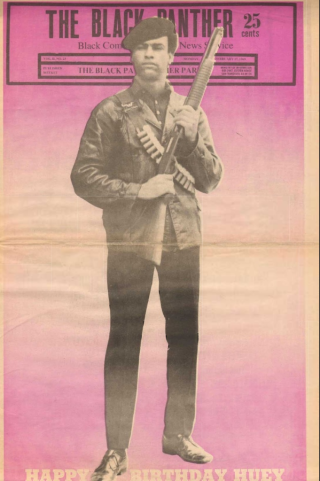 The speech reflects how Newton was developing his thinking on gay rights, nonetheless it was unequivocal in its call to BPP membership to align with LGBT and women’s movements.

“…we must relate to the homosexual movement because it is a real thing. And I know through reading, and through my life experience and observations that homosexuals are not given freedom and liberty by anyone in the society. They might be the most oppressed people in the society… we know that homosexuality is a fact that exists, and we must understand it in its purest form: that is, a person should have the freedom to use his body in whatever way he wants.

The relationship between the various different Bay Area movements is here spelled out, and BPP’s militant tactics for challenging police brutality and organising radical community anti-poverty programmes struck a direct chord with some LGBT individuals.  One such person was the Rev. Ray Broshears who had been at the Compton’s Riot, ran the Helping Hands Gay Community Service Center, and was one of the founders of San Francisco’s first Gay Pride march.  After witnessing multiple acts of brutality that were ignored by police, and being heavily beaten himself in 1973, he formed the ‘vigilante’ group the Lavender Panthers.  Consisting of 21 members, they patrolled the streets of the city to ward off attacks on LGBT people.  In a press conference announcing the group’s formation, Broshears stated “We deplore violence, but we must meet force with force… Never again will a gay person be beaten without retaliation.”[3] 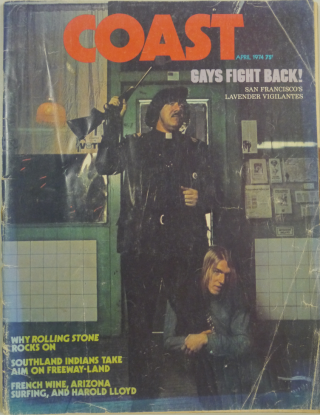 Needless to say, the Bay Area continued to be a centre for LGBTQ rights and creativity, which is reflected in our collections.  Moving on from the 1970's, and keeping in mind the Compton’s riot included transgender, multi-racial, and gay participants, I would like to flag up three collection items.  The first is a newsletter produced by the San Francisco Women’s Centre between 1982-4 called Black Lesbian Newsletter (later retitled Onyx).  Each issue has a beautifully illustrated cover and consists of essays, poems, and news.  The two depicted below highlight the recurring theme of police brutality, but also the joy found in companionship, community and racial heritage (this is a Kwanzaa celebration). 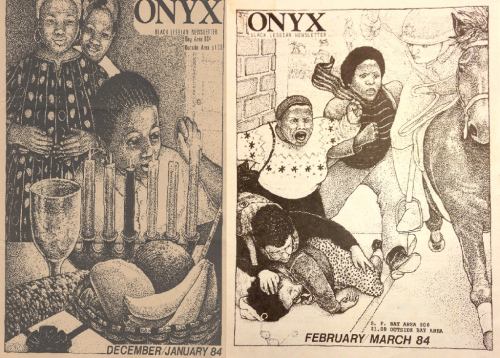 The second is an independently published magazine from the early 2000's.  Shellac aimed to meld critical commentary with artistic expression, ranging from poetry, photography, digital art, and essays.  Stating in its opening issue that it "is the production of new forms of knowledge and political alliances among queer(ious) people of color" the magazine was sadly short-lived, but contains some gems such as 'A Poem Upon My Hate' by Richard Branco who expounds on the challenges he faces living in an increasingly gentrified and unaffordable city as a Latino homosexual. 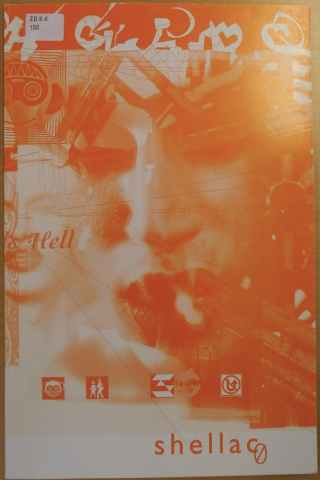 Last but by no means least is an audio recording made at the Library last year by the musician Ezra Furman which you can listen to on the Library's soundcloud account.  Based in the Bay Area at various points throughout his career, Furman has spoken at length about his sexuality, gender-nonconformity, Jewishness, and how they inform his creativity.  The Bay Area forms the backdrop to the video for his song Restless Year.  In it he playfully moves around the city trying on different identities, absorbing cultural influences, participating in a queer dance-troupe/community.  The lyrics of the song reflect on the experience of feeling as though you do not fit into society, and striving for freedom through personal creative expression. 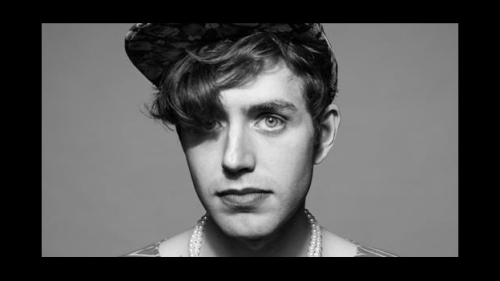 These are themes that run through his catalogue and Furman discusses them in detail in his talk at the Library.  Opening with the reminder of William Burrough’s comment that the word ‘punk’ used to be a term of abuse for “someone who take it up the ass… it was a queer thing”, Furman reflects on punk music and the influence of Lou Reed who he has previously called ‘radically free’.  In the interview, he identifies this as stemming as much from Reed’s sexuality as from his creativity, both of which were in a process of constant flux.  Reed, he points out, was not afraid of contradictions or being limited by other people’s ideas of him.

Not on the soundcloud which is edited for copyright reasons, but available to listen to in the Library’s reading rooms, is the solo performance Furman ended the night with.  Covering several Reed/Velvet Underground songs, he also includes an unreleased song of his own.  Titled either ‘Amateur’ or ‘I Wanna Be An Amateur’, the lyrics are true to these preoccupations:

“I wanna be an amateur

I wanna be an amateur

I wanna be essentially unfiltered, free.

And the idea of an elite is not for me.

And I like to think that means real democracy”[4]

While the term ‘identity politics’ is often misused and at times can feel as though it is a hollow cliché, Furman’s work challenges us to take it seriously.  When considered alongside the above history of activism in the Bay Area, we can see the echoes of radicalism running alongside insinuations of Furman's religious thought woven into the song.  All of this lends the line ‘I’m an American’ a tone of defiance, it is an assertion of a vision of a more equitable and inclusive society.