Resources for engaging with Aboriginal and Torres Strait Islander contemporary culture and politics. 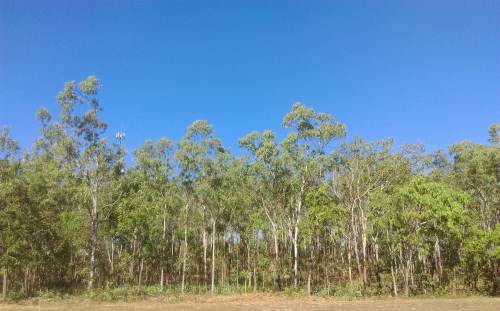 Greetings from Darwin! I am currently very fortunate in that I am travelling around Australia for PhD research and learning about life and culture directly from the Aboriginal designers in the Northern Territory that I am interviewing. Prior to coming out to Australia I had to conduct most of my research online. In this post I have put together a list of websites that I recommend to anyone who is interested in gaining further understanding of Indigenous Australia. I have also included a list of books from the British Library that I found useful.

There are several hundred different Indigenous language groups with differing cultures and beliefs. In my list below I have tried to provide more general information, rather than represent each group. If you are interested in a specific community, many do have their own websites which will provide information on their beliefs and history.

I welcome any suggestions of other online and offline resources that are helpful for educating unknowing outsiders, I am sure there will be many I do not know about yet. I hope to put together a similar list for Maori culture and politics so would appreciate any recommendations for that. Just tweet me - @JoannePilcher1

This page provides a range of articles on different issues related to Indigenous politics and culture. There are exhibition reviews, personal essays and commentary on current affairs.

National Indigenous TV is a channel on SBS that is made by and for Indigenous Australians. While the channel may not be available internationally, their website and Facebook page share lots of information on current affairs.

Part of King’s College London, The Menzies Centre does not focus specifically on Aboriginal and Torres Strait Islander Australia but does have a range of interesting talks and events that sometimes relate to this area, such as a recent talk by Marcia Langton on Indigenous art. They also have a twitter (@menziescentre) and Facebook page (https://www.facebook.com/AusNetwork/) that regularly have information shared on them.

The Australian government website has an overview of the heritage of Australian Indigenous culture.

Many of the above websites have Facebook pages that are worth following. The two listed below do not have websites.

This group shares a wide range of posts and articles related to life as an Indigenous Australian.

This page regularly posts articles related to Indigenous Australian current affairs. They collect articles from a range of sources.

There is a wealth of information available within the British Library on the Aboriginal and Torres Strait Islander peoples of Australia. There are too many topics to go into specific areas on this list so I have selected ones that give a ‘whistle-stop tour’ of Indigenous Australian culture and history. All of the below are available in the British Library collections and I have included their shelfmarks.

This book was produced as an accompaniment to a nine part series on the history of Indigenous Australia. I have selected this as it gives a general overview but anything by Marcia Langton is worth reading, she is considered to be one of Australia’s most important Indigenous historians and is the Foundation Chair in Australian Indigenous Studies at the University of Melbourne.

Some printed copies of this journal are in the British Library collections, the rest are available online through the library database.

This short book gives a general introduction to different beliefs and histories across various communities within Australia.

Unaipon is credited with being the first published Aboriginal Australian author and appears on the fifty-dollar note. He toured Australia collecting the local stories of various communities and translating them into English in the 1920s; initially his publishers sold his work to an English man who published it in his name instead. Unaipon’s original manuscript was found and republished in his name in 2001 by Muecke and Shoemaker

Many compilations of Indigenous Australian stories can be considered as exploitative as they are sharing stories that could be sacred without permission from the communities the stories are from. This compilation has been produced by the story custodians themselves who have permission to share them.

Joanne Pilcher is currently carrying out a PhD placement project at the British Library, exploring contemporary publishing in Australia. If you would like to know more about placement opportunities at the Library for doctoral students please click here.