‘Stealing Signs’: Baseball, Past and Present

Cheating in baseball is as old as the game itself. Whether a pitcher doctors the ball with saliva making it difficult to hit, a runner deliberately spikes an opposing fielder as he slides into base, or a batter uses a ‘corked’ bat to get extra propulsion on the ball, underhand practices are part and parcel of America’s national pastime. But recent allegations that the Boston Red Sox unlawfully used high-tech Apple watches to gain an advantage over their biggest rivals, the New York Yankees (New York Times, 5 September 2017), has reignited the debate about the blurred line between gamesmanship (bending the rules) and outright cheating.

The case against the Red Sox centres on allegations of ‘stealing signs’ from their opponents – spotting the coded gestures made by the fielding team which indicate what type of pitch is likely to be thrown - and relaying them to the batter via an Apple watch worn by one of the Red Sox coaches. In baseball’s complex code of honour ‘stealing signs’ is acceptable, but using electronic aids to help you do so is officially foul play.

While the baseball authorities ponder what punishment, if any, to impose on the Red Sox, they may find themselves considering a remarkably similar case of technology and cheating, which made headlines more than a century ago. The story involves a Philadelphia Phillies coach called Pearce ‘Petie’ Chiles and an electronic buzzer buried beneath his feet.

It is recalled in detail by Joe Dittmar in the 1991 edition of The Baseball Research Journal, one of multiple volumes of the annual Historical and Statistical Review of the Society for American Baseball Research held in the British Library’s Mike Ross Collection of baseball books and memorabilia.

The scheme to ‘steal signs’ deployed by Chiles back in 1900 was ingenious and surprisingly sophisticated: a co-conspirator sat in the stands equipped with a spyglass to spot the signs made by the opposing catcher. He then sent a signal to an electronic buzzer in a wooden box buried beneath the spot where Chiles stood to coach on the third base line. Each sequence of buzzes represented a certain type of pitch and Chiles would tell the Phillies batter what pitch to expect next. The subterfuge was only uncovered when an opposing fielder’s suspicions were aroused by the strange jerking movements made by Chiles each time the buzzer went off. The fielder dug up the ground with his spikes and struck the outside of the buried box, revealing a mass of wiring. The Phillies had been caught red-handed, but there was no admission of guilt and no official reprimand. Today’s Red Sox will be hoping for similar leniency.

Stories of deceit, dishonesty and playing fast-and-loose with the rules are woven into baseball folklore and recounted in numerous items held at the Library: from John McCallum’s account of the legendary Ty Cobb sharpening the spikes on his boots just to inflict injury on opponents in The Tiger Wore Spikes: An Informal Biography of Ty Cobb (New York,  1956; shelfmark General Reference Collection, Mike Ross 144) to Eliot Asinof’s classic narrative of the ‘fixed’ 1919 World Series, Eight Men Out: The Black Sox and the 1919 World Series (New York, 1963; shelf mark DSC W55/1273). 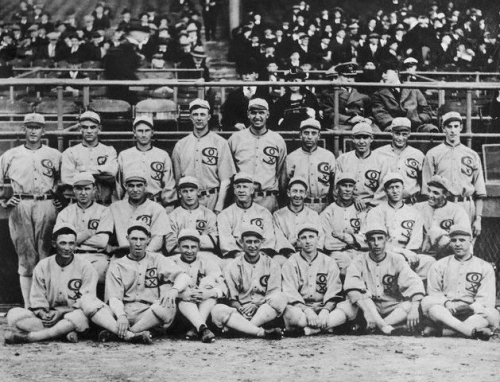 While the Commissioner of Baseball and president of Yale, Bart Giamatti, loftily pronounced baseball ‘a living memory of what American culture at its best wishes to be,’ perhaps Dan Gutman’s compilation of stories about baseball’s shadier side captures the essence of the sport’s moral ambiguity rather better: It Ain’t Cheatin’ if You Don’t Get Caught (New York, 1990; shelfmark General Reference Collection, Mike Ross 304). 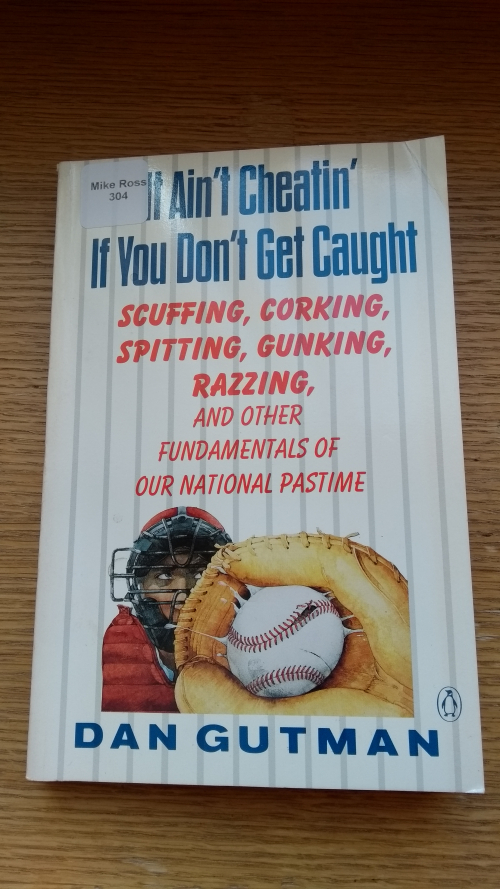 Chris Birkett is undertaking postgraduate research on the Clinton Presidency at King's College London, where he is a Professor Sir Richard Trainor Scholar, supported by the Eccles Centre at the British Library.