Martha Gellhorn: The Reporter as a Young Poet

What makes juvenilia so fascinating? When reading the works written by an author in their youth one often looks for glimpses of the ideas and obsessions they would later develop in their works. But it sometimes also feels like a small betrayal, to read these raw texts written before authors have developed their voice, or met the red pen of an editor. There is something about teenage poetry that makes it particularly excruciating – perhaps because it awakens a dormant fear that one day someone may find our own ring-bound poetry notebook in the bottom of a drawer. It is hard however to resist the temptation to see what war reporter Martha Gellhorn was like when she was 17. 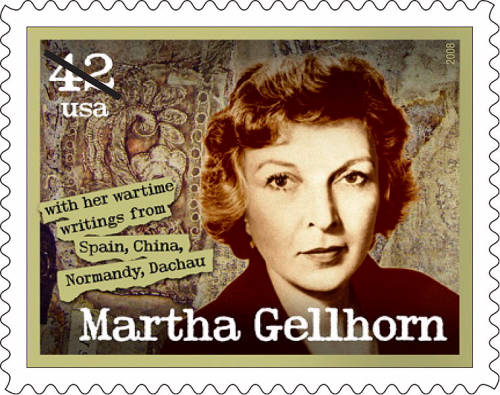 As a star correspondent for the American magazine Collier’s Weekly during the late 1930s and 1940s, Martha Gellhorn became well known for her first-person chronicles of the Second World War. Gellhorn covered the principal fronts during the conflict, and wrote a memorable report on the liberation of the Dachau camp for Collier’s in 1945. Gellhorn had started her career as a war reporter in Spain during the civil war, and went on to cover most major twentieth century conflicts, including the Vietnam War. Her best journalistic writing is collected in The Face of War (1959) [9104.d.10.].

Gellhorn’s life, and especially her turbulent marriage to Ernest Hemingway, has been fictionalised in different genres, from our Eccles Writers in Residence Naomi Wood’s Mrs Hemingway to the less successful HBO film Hemingway and Gellhorn.

Before she became well known for her reporting and ruthless commentary however, Gellhorn was writing poetry. From 1923 she attended the newly founded John Burroughs School in her native St Louis, Missouri. The school was a coeducational and progressive institution for the time. The British Library holds an issue of the John Burroughs Review [ZD.9.a.2618], the school magazine where Gellhorn published her first works. The magazine was published five times a year by the students of the school and Gellhorn was part of the board of editors. 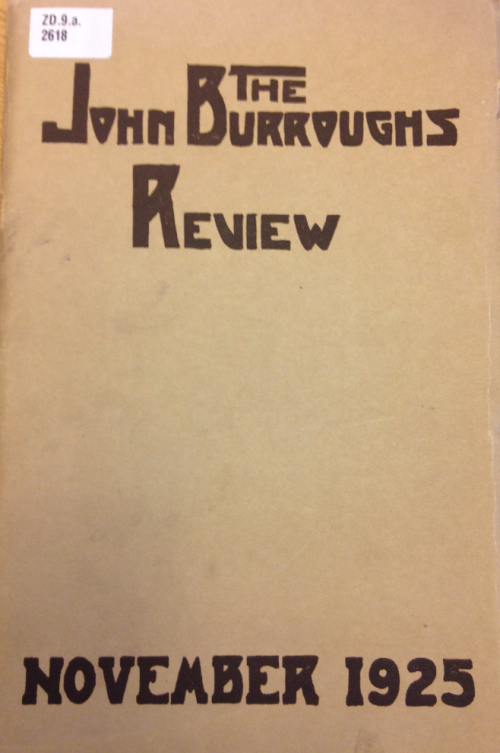 The John Burroughs School Review is an impressive publication for a high school magazine, with a modernist cover designed by Clark Smith.  The November 1925 issue contained poems, short stories and book reviews, as well as adverts for local businesses.  Gellhorn was 17 when the magazine printed a sequence of six poems titled ‘Bits of Glass’, three of which are reproduced below: Gellhorn was fiercely protective of her reputation. She banned the reprinting of her first novel, the semi-autobiographical work What Mad Pursuit, published in 1934 (the Library holds a copy at YD.2012.a.2572 - read more about it in Naomi Wood's blog post). But despite Gellhorn’s and many other writers’ anxiety about their early attempts at writing, these texts will always remain fascinating for readers who want to find out how and when they became the writers they admire.

Now remember to hide that notebook the next time you visit your parents’ house.