As described in my previous blog Early American Science: Benjamin Franklin, scientific investigation was a central part of eighteenth century philosophical enquiry. A desire to understand the detailed workings of the natural world was not seen to be antithetical to the idea of God the creator, but rather a means of studying and thereby celebrating the infinite variety of his creation. Indeed, far from there being a psychological or theological block on scientific enquiry, it had been institutionally and culturally encouraged since the late 17th century, becoming not only acceptable but also fashionable.

The basic ground rules of this spirit of enquiry are encapsulated in the title of Benjamin Franklin’s ground-breaking work Experiments and Observations on Electricity (London, 1751; shelfmark: 538.l.5.(6)) just as they are in Medical Inquiries and Observations (4 Vols., Philadelphia, 1805; shelfmark MFR/3019 1 Reel 36:1), the most important writings of Franklin’s friend and fellow Philadelphian, Benjamin Rush (1746-1813). 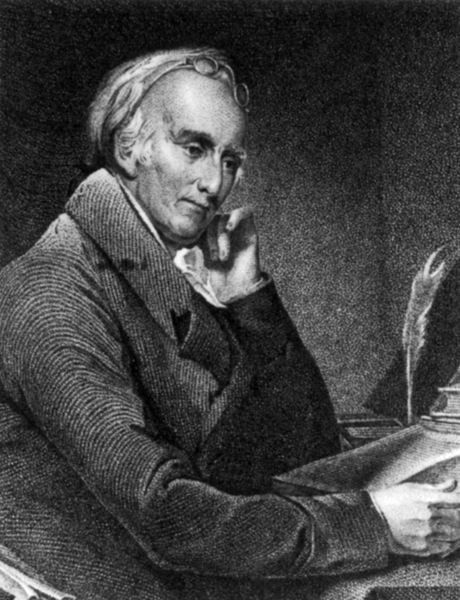 Like Franklin, Benjamin Rush was a practical empiricist. He became the first professor of chemistry in America (at the age of twenty-two), was the United States’ most eminent contemporary physician, and is still regarded as the father of American psychiatry. And just as many contemporary politicians on both sides of the Atlantic are attempting to unify health and social care, so Rush – himself a politician and a signatory of the Declaration of Independence – saw no divide. He firmly believed that both physical and mental health were intrinsically affected by social conditions and mores, and was a keen advocate of government intervention on a considered basis, akin to the modern practice of nudge theory.

A glance at works written by Rush and listed in Early American Science: A Selective Guide to Materials at the British Library  illustrates both the breadth of his interests and the continuing importance of his areas of concern. These include: ‘An account of the state of the body and mind in old age’ in Sir J. Bart Sinclair, The Code of Health etc., Vol. 4 (Edinburgh, 1807; shelfmark 41.d.18); Medical Enquiries and Observations upon the Diseases of the Mind (2nd edition, London, 1789; shelfmark 1039.k.31); An Inquiry into the Influence of Physical Causes upon the Moral Faculty (Philadelphia, 1839; shelfmark 8404.e.33.(2)); A Dissertation on the Spasmodic Asthma of Children (London, 1770; shelfmark T.991.(2)); and An Inquiry into the Effects of Ardent Spirits upon the Human Body and Mind (Boston, 1812; shelfmark 1507/278).

Rush was a man of strong opinions and could sometimes be fractious. He certainly did not lack either physical or moral courage. As surgeon general of the army he fought alongside General Washington at the Battle of Princeton, but was later sacked for ‘disloyalty’ after he sought to bypass Washington while attempting to reform the administration of the army’s hospitals. 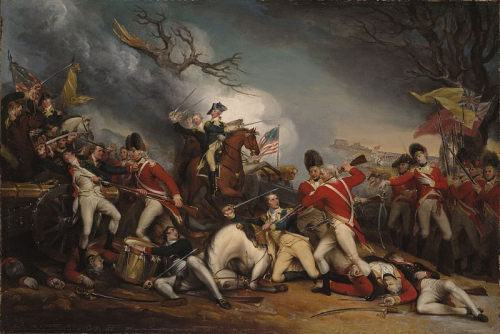 In this painting by John Trumbull - The Death of General Mercer at the Battle of Princeton, January 3, 1777 - Benjamin Rush can be seen behind George Washington; both are on horseback. Image courtesy of Wikimedia Commons.

Even more famously, Rush stayed in Philadelphia to treat the sick (including himself) throughout the 1793 yellow fever epidemic that killed one in ten of the city’s population. Indeed, Rush was uniquely influential in the development of medicine in the early years of the Republic. In 1792 he became the first Professor in the Institutes of Medicine at the University of Pennsylvania. In the following two decades he taught an estimated 3,500 students. His Sixteen Introductory Lectures (shelfmark: X.329/1803) influenced many more after his death and has been republished three times during the past half century. [1]

A humanitarian, Rush was an active campaigner for penal reform and a lifelong opponent of slavery. His 1773 Address to the Inhabitants of the British Settlements on the Slavery of Negroes in America (shelfmark MFR/3017 *1* Reel 140:14 140:13) led the next year to the creation of the Pennsylvania Society for Promoting the Abolition of Slavery, the first such institution in America. [2]

George is an Eccles Centre Makin Fellow at the British Library and author of Benjamin Franklin in London: The British Life of America's Founding Father. London: Weidenfeld & Nicolson, 2016. (Shelfmark: YD.2016.a.3841).