Summer reading: Canada in the Frame

Those of you who have followed the Americas blog for a long time may remember the Library’s ‘Picturing Canada’ project, where the Library and Wikimedia Commons digitised and released into the public domain the photographs from the Canadian Colonial Copyright Collection. The keen eyed will also have spotted that this project has continued to evolve, as we worked on new ways to talk about the collection and won a BL Labs runner-up prize for our work in mapping the collection last year. I think, finally, we are coming to the end of our long work on this collection and that end is in the form of an open access monograph published with UCL Press.

Why open access? This seemed like the best fit for talking at length about a collection that now has such a wide-ranging life on the web, after all if the images are available to everyone then an analysis of the collection can be too. To mark the release of, Canada in the Frame: Copyright, Collections and the Image of Canada, 1895-1924 I have been going back through the images from the book to pull out a few that I have always found particularly interesting and that speak to the collection as a whole. The cats at the top did not quite make the cut but they tell us two interesting things; that much of the collection was produced and copyrighted to cater to a growing economy of frivolous photographic consumption in Canada and that cute cats predate the Internet by more than 60 years. 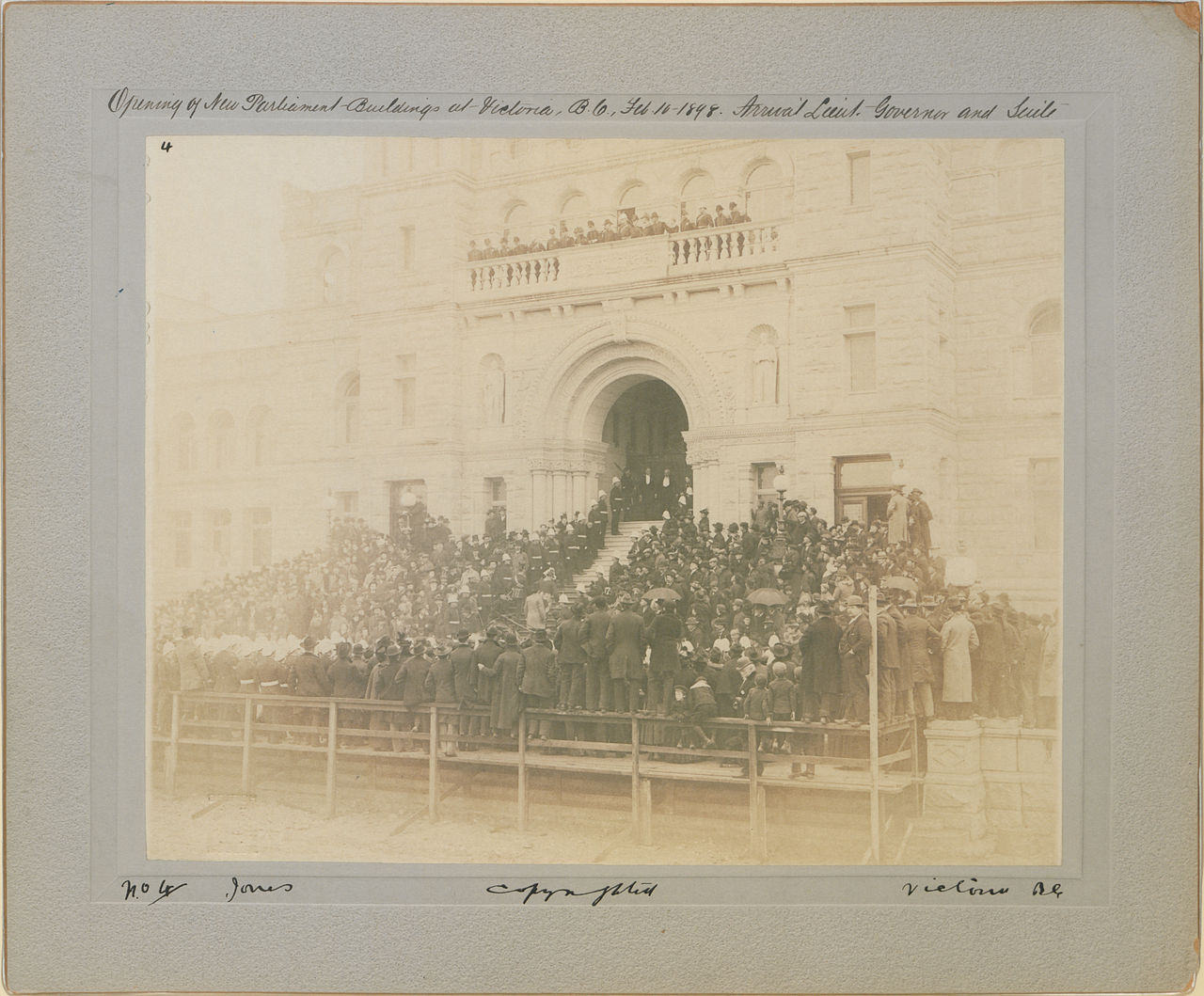 J. W. Jones’s photographs of the opening of the provincial parliament buildings in Victoria, British Columbia, are part of a common trope in the collection, where civic development and pride are celebrated through the work of the photographer. Jones is also one of the few photographers who we can see actively enforced the copyright he claimed on his images, taking a photographic competitor to court for copyright infringement in the early twentieth century. 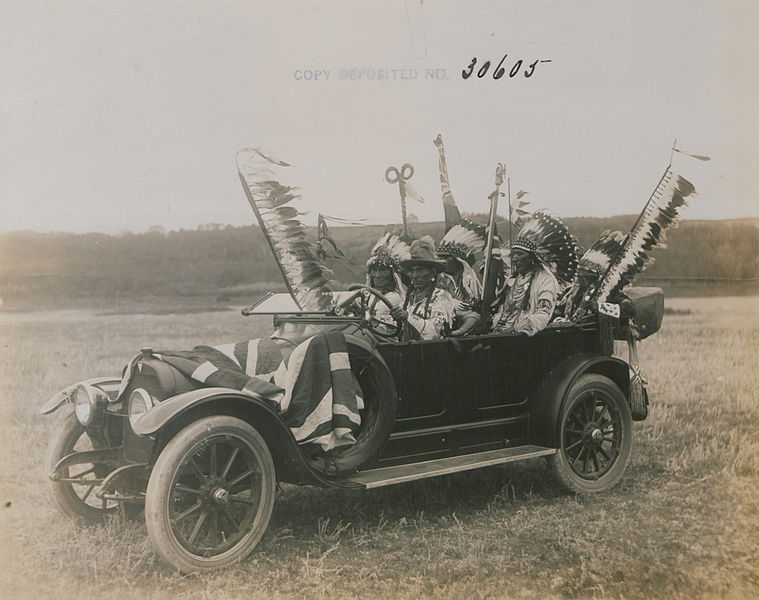 The next two images highlight the complex ways in which individuals from First Peoples groups were photographed at this time. In both photographs the focus is on using First Peoples to perform different aspects of colonial nationalism, with Tom Longboat (Cogwagee, of the Onondaga Nation) posed and styled as ‘a Canadian’ after his victory in the 1907 Boston Marathon while the ‘Patriotic Indian Chiefs’ are here framed in a piece of First World War Propaganda. In both instances, complex indigenous identities are reconfigured by White photographers to communicate patriotic messages to urban consumers. That Longboat was only regarded as Canadian in victory (when losing he became ‘an Indian’ again to press commentators) also highlights the cynicism underpinning these images.

Trains were a popular subject for photographers in this period and images of train wrecks had an eager market of buyers. Notable among the photographs of wrecks found in the collection are those of Harriet Amelia May who took a series of photographs of the scenes after an artillery train derailed in the small town of Enterprise. Within a set of fairly standard photographs of the scene, capturing the derailed train, men looking industrious while trying to clear up, May also produced this image of a family with the ruin of the train invading their back garden. As a result, May left us with a unique image of how modernity could disrupt people’s lives in Canada at the beginning of the twentieth century. 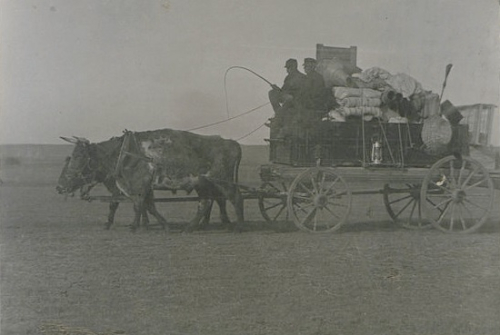 Finally, the collection covers the period of ‘The Last Best West’ and Canadian photographers devoted considerable effort to documenting the settlement of Canada’s plains provinces. many, like that of Rice (above) illustrate the efforts settlers went to in order to claim land and establish a home while others focused on the many new peoples, often from eastern Europe, who were making the west their home and becoming part of Canadian society. These are just a few examples of the topics covered in the book and the over 100 images that accompany the account, if you would like to know more, you can download a copy of Canada in the Frame from UCL Press by clicking here.

Phil Hatfield, Head of the Eccles Centre for American Studies