As part of a series of events titled '1918: A New World?', the British Library will be hosting a symposium on the 26 October, titled 'Revisiting the Black Parisian Moment, transnational black military, musical and intellectual histories, 1918 - 1919'.  The Call for Papers is open to submissions until Sunday 2 September.  Please see below for the full Call for Papers.

We are pleased to announce that we will be joined by jazz composer and pianist, Jason Moran who will be discussing his latest work on the 369th infantry band also known as the 'Harlem Hellfighters'.  Registration cost will be £20, with discounts available.  Please see the British Library 'What's On' page for updates on tickets. 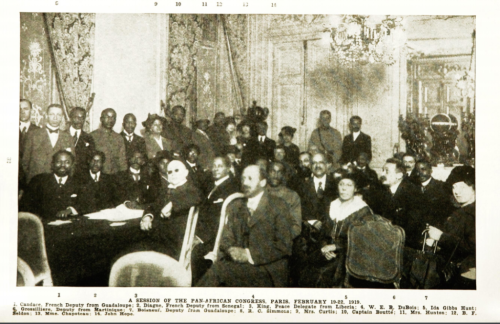 A session of the Pan African Congress, Paris, February 1919

This symposium will explore the connections between black intellectual thought, military presence, and jazz cultures at the critical juncture of Paris in the immediate post-war period.  Additionally, it will consider the present-day uses of these black histories, particularly in cultural activism.  As Tyler Stovall has argued, “comparable dynamics drove both black politics and black culture in postwar Paris.  Both Parisian jazz and the Pan-African Congress of 1919 combined complicity and resistance…”[1].  This symposium will seek to draw out these complicities and resistances.

In 1919 the ‘1st’ Pan-African Congress took place in Paris.  The Congress is widely discussed in the literature on the subject as a false-start to later more radical anti-colonial movements.   More recently, it has been repositioned within a broader spectrum of early 20th Century black anti-colonial thought that is important in its own right.  The Congress took place in a Paris already awakening to black cultures.  Just a year previously, the military band of the African American 369th Infantry Regiment led by James Reese Europe, aka the Harlem Hellfighters, toured French music halls and fought alongside French and African troops.  The 369th were welcomed back to the US with a parade from Fifth Avenue to Harlem watched by 250,000 people.  It was an instance of the renewed determination of African Americans in the fight for equality spurred by the war – as W.E.B. DuBois proclaimed in an editorial that ran in the May 1919 issue of Crisis: “We return from fighting.  We return fighting.  Make way for Democracy!”  The symposium will take an interdisciplinary approach to reconsider the overlaps taking place in wartime Europe, through the crystalising lens of Paris in the immediate post-war period. Additionally, we will engage with the question of what these histories have meant for future generations of black activists and cultural producers.  It will speak directly to new work on the Harlem Hellfighters by acclaimed jazz composer and performer Jason Moran, which will be performed at the Barbican in November.  “James Reese Europe and the Absence of Ruin moves through past, present and future as it reflects on the African American presence in Europe during the war – and the marks it left here during the subsequent century.”  The work emerged from conversations between Moran and filmmaker John Akomfrah who have said they were inspired by Caribbean American sociologist Orlando Patterson’s suggestion that the creative chaos of jazz provides a language for countering what he termed ‘an absence of ruin’ in black histories and intellectual thought: “how do African Americans deal with histories vanishing constantly, and how does the music become the structure?” 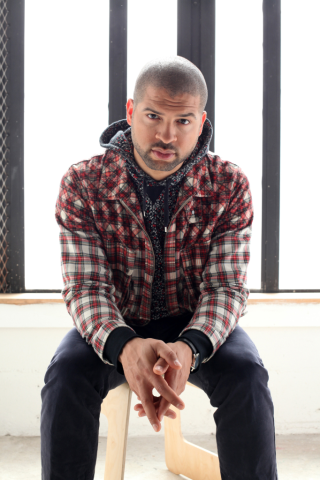 While the emphasis of the symposium will be on the US connection, this is understood within the dynamics of a transmigrational black Atlantic and we welcome papers that explore an approach to anti-colonialist thought, ‘le soldat noir’, and/or jazz from a colonial perspective, including a Caribbean context.  We also welcome papers from any discipline, in French, Spanish, Portuguese, or bilingual papers.

Possible subjects for papers include but are not limited to:

Please submit abstracts of max. 400 words with a brief one-paragraph bio in the same document to fran.fuentes@bl.uk by midnight, Sunday 2 September.

This event is supported by the Eccles Centre for American Studies, Serious, Jazzfest Berlin, 14-18 Now, and the Kennedy Centre.