Canada and Its Literature: A Tale of More Than Two Cultures 1/2

On July 9th, Michael Ondaatje was awarded the prestigious Golden Man Booker Prize for his international bestseller, The English Patient, voted the readers’ favourite winner in 50 years. Ondaatje was born in Sri Lanka of Dutch-Tamil-Sinhalese descent, and moved to England as a twelve-year-old before settling in Canada eight years later. His novel, written in 1992, moves between Egypt, Italy, India, Canada and England and marked a turning point for Canadian literature. Not only was it the first Canadian book ever to win the Booker Prize, but by instantly becoming an international bestseller it arguably paved the way for fellow migrant/multicultural Canadian writers on the international scene. Its seemingly never-ending success underlines our contemporary – and apparently unwavering – fascination with migrant writing since the 1980s.  Given the current context of global migration, the related refugee crises and the fact that 3.3% of the world’s population currently lives outside the country of their birth, Ondaatje’s achievement is a useful opportunity to explore the importance of immigrant writing in Canadian literature. 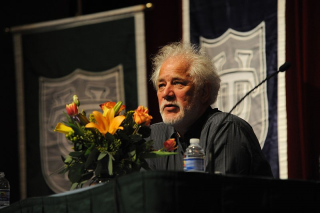 In recent years, much attention has been given to migrant literature from the United States. You may have come across some critically-acclaimed and award-winning migrant bestsellers such as Imbolo Mbue’s Behold the Dreamers (2016), Chimamanda Ngozi Adichie’s Americanah (2013), Junot Diaz’s The Brief Wondrous Life of Oscar Wao (2007), Mohsin Hamid’s The Reluctant Fundamentalist (2007) or Khaled Hosseini’s The Kite Runner (2003). Experiences of migration have proven to be creatively inspiring for writers and lucrative for publishers, and fiction writers from both migrant backgrounds and others were encouraged to give the genre a try.

There is some debate over the definition of migrant literature, and many writers are uncomfortable with the label, but for the sake of clarity I will define it as the literature produced by first- or second-generation migrant writers. Odds are, whether in conversation, in the media or online, “migrant literature” almost always refers to books produced in the English language and on U.S territory, with only a few exceptions. The United States are, after all, the birthplace of the “American Dream”, “the nation of immigrants,” the “melting pot” – take your pick. 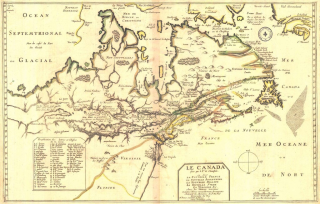 But Canada is also a settler colony; in fact it is the country which takes in the largest number of immigrants yearly: since 2001 it has welcomed an average 220,000 to 260,000 immigrants per year, and as a result more than one person in five is foreign-born. Inevitably, each newcomer brings with them a suitcase full of stories, and migrant literature is bound to flourish in such a context. Canada’s immigration patterns have changed considerably in the past hundred years, and so has its literature. The post-war period was especially important as the borders were opened to increase the workforce and expand Canada’s growing economy.

In 1966, 87% of the newcomers were European, and many others were Americans escaping the Vietnam War. But by 1970, following a change in immigration law intended to end discriminatory policies against non-Western immigrants, 50% of new immigrants came from Third World countries. They were either economic migrants (like Ondaatje for example) or people fleeing repressive dictatorships and wars.

As the years went by, the latter group included Asian Ugandans (a minority expelled after Uganda gained independence from colonial rule); Haitians fleeing the repressive Duvalier regime;  Chileans fleeing Pinochet’s military dictatorship; people from Hong Kong worried about their freedom in the run-up to the transfer to Chinese rule; Salvadorians escaping their civil war; and South-East Asians from Vietnam, Cambodia and Laos seeking refuge from the Vietnam war. This changed the Canadian demographic make-up significantly and led to a new policy-making paradigm: multiculturalism.

Contrary to the American "melting pot", where newcomers are expected to merge into the American Way of Life through assimilation policies, Canadian multiculturalism is often compared to a mosaic where different cultures live alongside each other, retaining their specificities inside a single country. While this paradigm has been widely criticized both by migrant and non-migrant Canadians, it has nonetheless played a substantial role in shaping Canadian federal government policies and influencing the publishing industry. 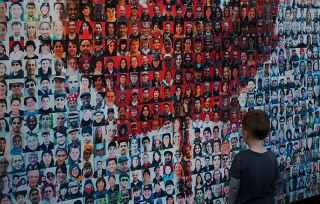 President Pierre Trudeau implemented multiculturalism as a policy in 1971 and appointed a minister specifically in charge of multiculturalism and launching cultural initiatives. Once such instance was the Writing and Publication Program.  Set up in 1977, its aim was to encourage writing and publishing by migrant minorities in any language and to bring the literary establishment to consider such writing part of mainstream Canadian literature. This program provided grants for writing, translation, conferences and research.  Meanwhile, French-language cultural periodicals promoting migrant writing offered a parallel channel for writers and magazines. 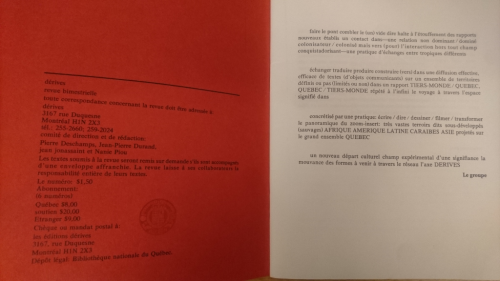 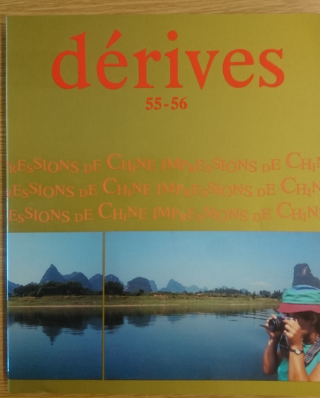 Dérives ran from 1975 to 1987 and is accessible in the BL’s collections. The archives of the multilingual Vice Versa (1983-1996) are all available in pdf form on its website.  And the British Library is actively seeking to add the feminist magazine La Parole Métèque (1987-1990), which gave a voice to migrant women at a time when they were generally overlooked, to its holdings.

While migrant writing (like immigration) was nothing new in the 1980s and subsequently, critics from Quebec often point to this period as the beginning of critical engagement with Canadian “migrant”/”multicultural” literature.

Laura Gallon is a PhD placement student at the British Library where she is working on a project assessing holdings of migrant narratives in the North American collections.  She is in the second year of her PhD at the University of Sussex which is looking at contemporary American short fiction by immigrant writers.  Her placement is supported by the Eccles Centre for American Studies.

Posted by Francisca Fuentes Rettig at 9:15 AM