‘A Triple Threat Woman’: The Letters of Sylvia Plath

On Friday 14 December 1962, Sylvia Plath wrote to her mother: 'I can truly say I have never been so happy in my life'. Four days before she had moved to 23 Fitzroy Road in London, a former residence of Yeats, with her two young children Frieda Rebecca and Nicholas. 'I feel Yeats' spirit blessing me', she writes. After her separation from Ted Hughes, Plath had decided to leave their home in rural Devon and start a new life in London. All around she sees good omens: 'The first letter through the door was of my publishers'. Al Alvarez, poetry editor of the Observer, had told her that her next book of poems should win the Pulitzer. She gave him a dedicated fair copy of 'Ariel'.

But this is a letter to her mother, Aurelia Plath, and, like all letters, it is written with the addressee in mind. Reading the second volume of The Letters of Sylvia Plath, recently published by Faber, one is reminded of how collections of letters, more than other biographical genres such as diaries or memoirs, capture the different social selves of a writer. Plath is cheerful and enthusiastic in her letter to her mother, aiming to put Aurelia's mind at rest. Elsewhere in the collection, she is self-assured and witty in her letters to her professional contacts, written in short, sharp sentences. And then there is the correspondence with her psychiatrist Dr Beuscher, where Plath writes openly about her plans for the future, her anger and her fears.

Edited by Plath expert Peter K. Steinberg and Karen V. Kukil, editor of The Journals of Sylvia Plath 1950–1962 and Keeper of Plath’s collection at Smith, the volume is meticulously annotated and contains a selection of photographs and Plath's own drawings. Among the letters there are several from the British Library’s collections of Plath’s manuscripts. The editors, together with Plath scholars Heather Clark and Mark Ford, will be discussing Plath's letters on 23 October at the British Library. 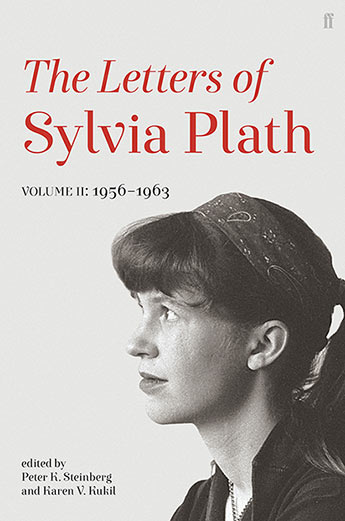 The letters speak of Plath's efforts to progress her career as a poet while trying to earn enough money and care for her children, particularly in the months after her separation from Hughes. But her anxiety about the future of her career appears much earlier. In a letter written to Marcia B Stern dated 9 April 1957, months after her marriage, she writes: 'If I want to keep on being a triple-threat woman: writer, wife and teacher…I can’t be a drudge’. The correspondence also shows the extent to which Plath's and Hughes's literary careers were intertwined, and their mutual encouragement and support, celebrating each poem that gets published. The 1962 and 1963 letters are interesting to read for references to her works, including the autobiographical novel The Bell Jar, published under a pseudonym in 1963, and the extraordinary poems that appeared posthumously in the collection Ariel. 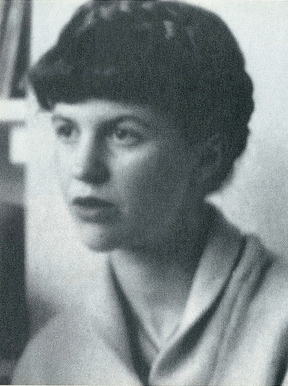 The fact that the end of the story is well known doesn't make the last letter in the collection any easier to read. Addressed to her psychiatrist Ruth Beuscher on 4 February 1963, she writes: "What appalls me is the return of my madness, my paralysis, my fear & vision of the worst --cowardly withdrawal, a mental hospital, lobotomies". Blinded by depression, she continues "being 30 & having let myself slide, studied nothing for years, having mastered no body of objective knowledge is on me like a cold, accusing wind". Plath committed suicide days later, leaving behind the typescript of the poems that would become Ariel. Her Collected Poems won the Pulitzer Prize for Poetry in 1982.

Posted by Mercedes Aguirre at 8:50 AM