I recently discovered that this year marks the 100th anniversary of Willa Cather’s My Ántonia.  This novel was the final part of Cather’s ‘prairie trilogy’ – following O Pioneers! and The Song of the Lark – and it remains one of her best-loved works. 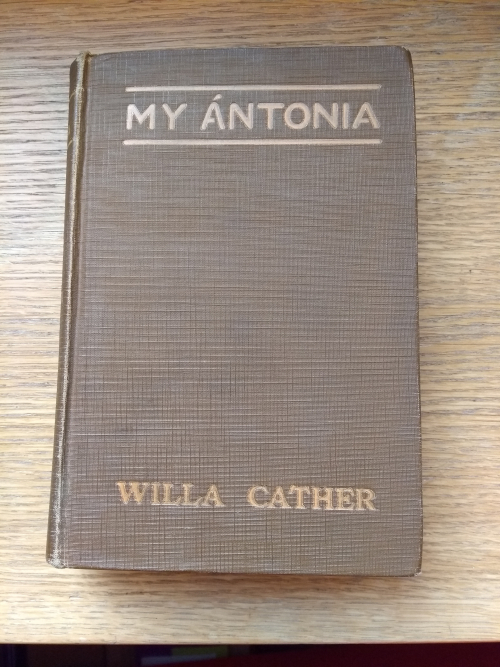 Given that we try to keep these blogs somewhat timely, my hope was that it had been written towards the end of 1918! A quick Google search failed to confirm or disprove this, so I turned instead to Book Review Digest Retrospective, 1903-1982. This fantastic electronic database cites (and sometimes provides excerpts from) reviews of adult and children’s fiction and non-fiction in over 500 English language magazines, newspapers and academic journals.

The earliest contemporary review it lists for My Ántonia appears The New York Times on 6 October 1918. It also cites reviews from The Nation, The New York Call, The Bookman, Booklist, The Dial and The Independent (a weekly magazine published in New York City).  Most of these publications are held at the British Library. Their reviews of My Ántonia are overwhelmingly positive. The Nation calls Cather ‘an artist whose imagination is at home in her own land, among her own people’ and notes the novel is 'among the best of our recent interpretations of American life' . The Bookman declares the story to be ‘true to the Nebraskan soil of [Cather’s] own childhood, and therefore true to America and the world’. And for The Independent, Ántonia's struggle on the frontier is ‘full of human appeal and the fascination of the making of Americans from the foreign born.’ 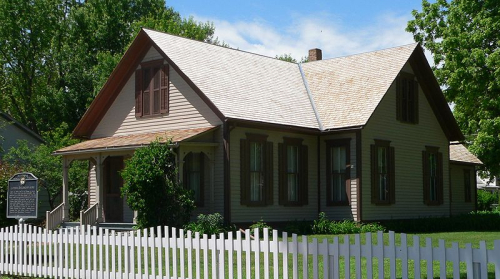 Throughout the early twentieth century, Cather continued to be well-regarded by the majority of critics and authors. In 1923 she was awarded the Pulitzer Prize for her fifth novel, One of Ours (1922). And in 1930 – while accepting the Nobel Prize for Literature – Sinclair Lewis famously declared that Cather, Theodore Dreiser, Ernest Hemingway and Sherwood Anderson were the only contemporary vital forces in American letters. Indeed, Lewis ‘salutes them with joy’ for giving to the United States – a nation ‘which has mountains and endless prairies, enormous cities and lost farm cabins’ – a literature worthy of its enormity. (New York Times, 13 December 1930).

In spite of Lewis’s enthusiasm, however, Cather’s focus upon these very same endless prairies and lost farm cabins doubtless contributed to her later being periodically marginalised as a regional writer and omitted from discussions about 20th century literature in the decades that followed. 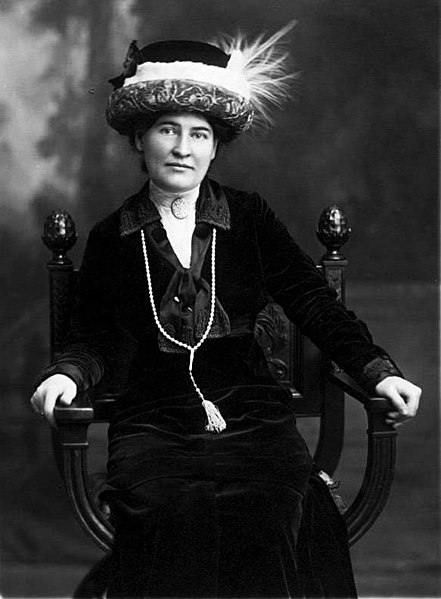 Willa Cather, ca. 1912. Wearing a necklace given to her by Sarah Orne Jewett. Image courtesy of Wikimedia Commons

Yet, Cather’s own take on the importance of place in My Ántonia is interesting. In an interview in 1924 she acknowledges that the title character is tied to the soil. But she also asserts that she could just as well have written a story of a Czech baker living in Chicago ‘and it would have been the same.’ The story in Chicago would, Cather concedes, have been ‘smearier, joltier, noiser, less sugar and more sand’. But still it would have been a story that expressed the mood and spirit of the people that she knew; the immigrant families from Scandinavia, Russia and Bohemia who were forging a new life in a new land.  (New York Times, 21 Dec. 1924).