The weather is not the only thing that separates English and Caribbean Christmas traditions. Junkanoo is the much-debated name of the syncretic festival that happens in the days following Christmas. The earliest accounts of Junkanoo date back to the eighteenth century. Celebrated by the enslaved, these festivities were performed around the planter-sanctioned Christmas holiday, which overlapped with the main annual break in the plantation cycle. A product of African and English cultural traditions, otherwise known as Creolisation, Junkanoo was and continues to be performed in the Anglophone Caribbean.

Whilst most accounts from the days of slavery describe Jamaican performances, it was practised in many places – and, today, remains a vital part of contemporary Bahamian culture. A masked performance with a central figure – John Canoe or Pitchy Patchy – Junkanoo has been characterised as ‘ritual of conflict’ by Michael Craton. Frequently censored or banned in the post-Emancipation period, the planter-class feared the rebellious elements of this festivity, especially during moments of weakened power. Shortly after the abolition of slavery, attempts made to ban Junkanoo in Kingston during the 1840s led to the outbreak of riots.

This blog post explores some of the traces, memories and sounds that Junkanoo has left in the American Collections and beyond. One of most referred to accounts of these festivities comes the diary of Lady Nugent, who recorded her time spent in the Caribbean at the turn of the eighteenth century. 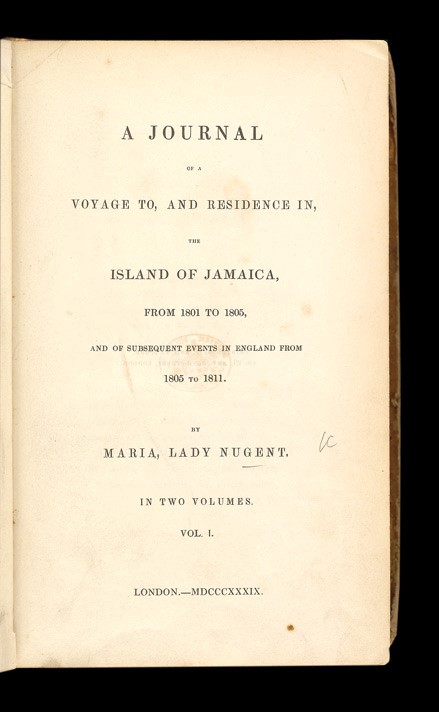 In an article for Public Opinion – the literary and politically progressive mouthpiece of the People’s National Party – Archie Lindo went in search nineteenth-century Jamaican Christmas traditions, compiling a collection of book excerpts. Lady Nugent’s diary was his first point of call:

“the whole town and house bore the appearance of a masquerade. After church, amuse myself very much with the strange processions, and figures called Johnny Canoes. All dance, leap and play a thousand anticks. Then there were groups of dancing men and women. They had a sort of leader or superior at their head … The instrument to accompany them was a rude sort of drum, made of bark leaves. …What a melange!”[1] 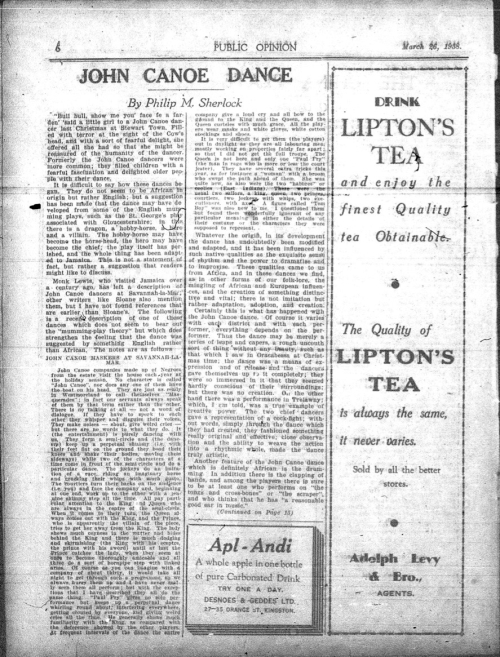 ‘Whatever the origin, in its development the dance has undoubtedly been modified and adapted … in these dances we find, as in other forms of our folk-lore, the mingling of African and European influences, and the creation of something distinctive and vital: there is no imitation but rather adaptation, adoption, and creation. Certainly this is what has happened with the John Canoe dance. Of course it varies with each district and with each performer.’[1]

In slight challenge to this traditional creole understanding of Junkanoo, Michael Craton – who has written extensively on cultural resistance and performance in the Caribbean – emphasises the African elements more strongly. Drawing connections between Junkanoo and the ‘secret masked societies of the Sierra Leone Wunde and the Ibo Mmo, and the Yoruba Eguugun and Ga Homowo festivals,’ Craton argues that the central masked figure embodies and facilitates spiritual continuity, roots and pride.[2] 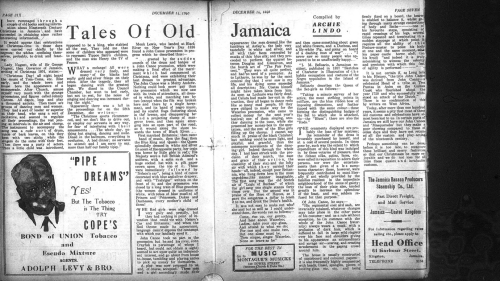 Why was Public Opinion so concerned with paying tribute to nineteenth-century Jamaican Christmas traditions? The 1930s, which were home to labour rebellions, the centenary of Emancipation and the outbreak of WW2, saw a surge in anti-colonialism and nationalism. Cultural nationalism – the recovery and promotion of folk traditions – was a critical mode of this movement. Folk traditions, like Junkanoo, were a useful tool in this quest for national history, identity and drive. As Elizabeth Cooper argues, masquerade and stilt-dancing, both key elements of Junkanoo, became ‘centrepieces of anti-colonial and nationalist cultural discourse in the twentieth century.’[1] In ‘Tales of Old Jamaica,’ Lindo wrote,

‘Today, after more than one hundred years, it seems a pity that most of these old customs and celebrations have almost been lost to us. In certain parts of Jamaica we still have our John Canoes and ‘Masquerades’ but they make a poor showing compared to those of olden days … Perhaps something can be done before it is too late, to recapture these brilliant and merry festivities so that … we do not lose for all time these quaint and invaluable customs.’[2]

Portrayed as an ‘invaluable’ but dying black folk tradition, the article was promoting a reinvigoration of a Jamaican folk Christmas. 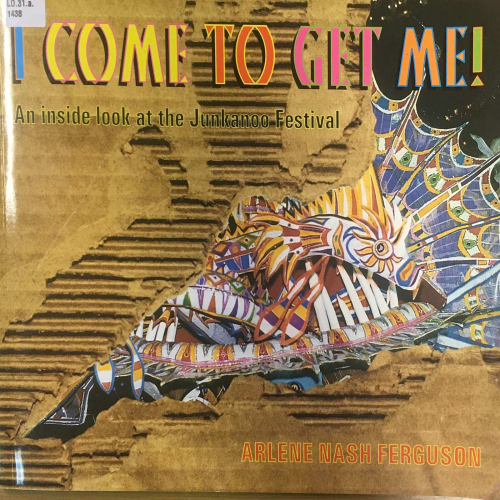 Arlene Nash Ferguson, I Come To Get Me! An Inside Look at the Junkanoo Festival (Nassau: Doongalik Studios, 2000)

Moving into the contemporary period and away from Jamaica, Bahamian Junkanoo has retained its vigour and authenticity. With two parades, one on Boxing Day and another of New Year’s Day, the Bahamian festivities attract local and tourist attention. Very much articulated as a performance of African cultural retention and enslaved resistance, Junkanoo is a generator of popular culture, tourist money and, crucially, national pride.

Naomi Oppenheim is an AHRC Collaborative Doctoral Student at the British Library and UCL. She is researching Caribbean print cultures and the politics of history in post-war Britain.

With apologies to Naomi for the late posting of this post, which was due to a technical problem we were unable to resolve before the Christmas holidays.