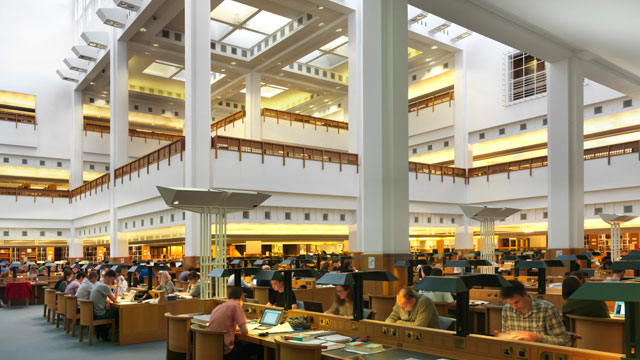 As many Americas blog readers know, the Eccles Centre works to support access to the British Library’s North American collections, facilitating the development of new ideas by anyone with a research need of these collections. Since 2012 the Eccles Centre has awarded two authors a year with a unique and highly prestigious prize. The Writer’s Award bestows winners with £20,000 for a book in progress, to support a year’s residency at the British Library and privileged access to the Library’s world-class Americas collection and its curatorial expertise. Open to both fiction and non-fiction authors the prize is unique in the UK publishing industry as it champions a work in development, rather than awarding upon publication. In so doing, it has helped numerous authors produce richer works for their readers.

In 2018 we were delighted to expand the original remit of the award – previously focussed on books with a North American setting – to include all of the Americas. In advance of opening the call for the 2020 Writer’s Award, we are delighted to announce a further and significant change to the award; this year we are going global.

From 2020 onwards, we will be delivering the Writer’s Award in partnership with Hay Festival, opening it up to a new cohort of authors around the world.   Many of the conditions of the newly named Eccles Centre & Hay Festival Writer’s Award remain the same as before, as we continue to support access to the British Library’s Americas collections, but there are also notable changes. In particular, for the first time applicants from the Americas will be welcome to apply and we will also be accepting applications in Spanish and languages indigenous to the Americas. This last change feels particularly relevant this year; given 2019 is UNESCO’s International Year of Indigenous Languages.

Hay Festival are perfect partners for this award, their aim to, “inspire, examine and entertain, inviting participants to imagine the world as it is and as it might be” compliments the Centre’s mission to support research, innovation and creative insight through the British Library’s Americas collections. The partnership also significantly increases the reach and potential of the Writer’s Award, as well as offering new opportunities for events linked to the award. Starting this month, at Hay Festival Cartagena, the Eccles Centre and Hay Festival will be producing an exciting programme of events that highlight Writer’s Award holders and puts their winning works in front of more people than ever.

This exciting new partnership builds on a long-standing relationship between Hay Festival and the British Library, which have collaborated for a number of years, most notably through Living Knowledge Network livestreams and the Library’s recent acquisition of the unique Hay Festival archive.

The latest collaboration will see the Eccles Centre & Hay Festival Writer’s Award champion new authors, writing and thinking from both sides of the Atlantic. Future winners will join an exciting group of Award alumni, including this year’s holders, Rachel Hewitt and Sara Taylor, and contribute to an exciting new phase of Hay Festival programming in Wales and the Americas. Find out more and look out for the formal call for applications in spring 2019.

Phil Hatfield, Head of the Eccles Centre for American Studies.

Posted by Philip Hatfield at 10:10:25 in Americas , Eccles Centre

Posted by Philip Hatfield at 10:10 AM