First conceived by New York City business leaders in the midst of the Great Depression, the Fair was intended to raise the spirits – and economic outlook – of the city and the nation. Located at Flushing Meadows, Queens, on land that had been part salt marsh, part ash dump, the 1,200 acre site was three times the size of the Chicago World’s Fair, held just six years earlier. Indeed, the amusement park alone was larger than the entire Paris Exposition of 1937. 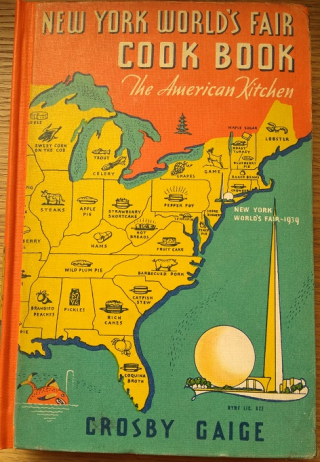 Although the Official Opening commemorated the 150th anniversary of George Washington’s inauguration in NYC (then the nation’s capital), this Fair was all about looking forward. With its hugely optimistic, yet commercially minded theme – 'Building the World of Tomorrow' – nearly 45 million visitors were encouraged to see themselves as co-creators of an exciting, progressive and essentially urban future. Yet, unlike previous world expos, which had tended to celebrate technological, scientific and medical innovations in their own right, this fair wholly embraced the vision and output of corporate America.

Perhaps one of the most captivating early exhibits – unveiled in 1938 to help publicise the Fair – was the Westinghouse Time Capsule. With contents ranging from Camel cigarettes to the works of Alfred Einstein, and Life magazine to corn and tobacco seeds, it was plunged 15 meters below ground with instructions not to be opened for 5000 years.

The Fair itself was organised across seven vast 'zones', including Communication and Business, Production and Distribution, and Transportation. Huge pavilions were sponsored by the giants of American industry and manufacturing - Ford, Chrysler, National Cash Register, General Electric, Lucky Strike, Kodak and others. Here they showcased current and soon-to-be released consumer products, including television, air conditioning, washing machines and nylon. Yet many also offered imaginative, even breath-taking conceptions of the future, perhaps none more so than Norman Bel Geddes's 'Futurama'; a unique exhibit and ride, it offered a tantalising view of the city in 1960 and was sponsored by General Motors.

In the Government zone, 60 nations – more than at any other US fair – created and curated their own unique pavilions, enthusiastically embracing Andre Maurois’s faith in their being 'excellent publicity albums.' The British Pavilion included Lincoln Cathedral's copy of the Magna Carta, 'an object of interest and indeed of reverence,' which left Britain for the first time in its history. 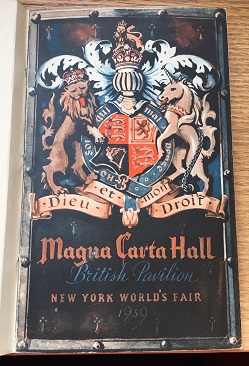 Yet, for all these displays of international friendship and diplomacy, the Fair opened at the most perilous of times. The French Pavilion programme notes: At the time when the present volume leaves the printers, [France], has entered upon war, as a result of Germany’s brutal aggression against Poland. All the more stirring will be its message to America and the world…'

When the Fair opened for its second six-month season in April 1940, its theme had changed to 'For Peace and Freedom' and numerous countries, including the Netherlands, Norway and Poland did not take part. 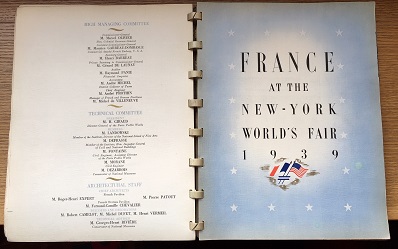 The Fair closed in October 1940 millions of dollars in debt and having failed to attract the visitor numbers that had been hoped for. Yet, it lived on in the imagination of those who attended and its vision and hope still resonates today.

The British Library holds a unique and eclectic collection of materials from this – and all other – US hosted Fairs.